IMF foresees India's GDP bouncing back to 7 pc next year

The International Monetary Fund sees Indian economic growth rebounding to around 7 per cent in the next financial year, supported by measures like monetary policy stimulus and corporate income tax cuts.

“We see the Indian economy rebounding from our projected 6.1 per cent growth this fiscal year to something like 7 per cent in the next fiscal year (2020). We see the factors that will support growth, including monetary policy stimulus, working their way through the pipeline,” Jonathan Ostry, Deputy Director, Asia Pacific Department at the IMF, told reporters.

The recent tax cuts, government's progress in addressing lingering weaknesses in the financial sector and measures to support growth sectors as seen as factors underpinning growth in the near term, Ostry said.

Talking about the slowdown in Indian economy in recent quarters, he said: “Indeed (it) took many of us by surprise, including the IMF.

"There wasn't a single cause for the slowdown… There were many different causes at work including corporate and regulatory environmental uncertainties, the stresses in the non-bank financial sector, (and) stresses in the rural sector, among others," he said.

Asked about the Regional Comprehensive Economic Partnership (RECP), which India is reportedly cautious to sign as the multi-lateral trade pact negotiations are widely expected to be concluded in the coming months, he underlined the importance of having services included in the free-trade partnership agreement.

Much greater attention to integration type issues is essential to sustain growth in south Asia, Ostry said, adding, "This needs to include not only goods trade, but more importantly services trade - which could provide a substantial engine of growth for India and other south Asian economies going forward.”

There is a need to take steps to invigorate the deliberation process and structural reforms more generally because India has a potential enormous demographic dividend over the next couple of decades through which about 150 million people will be entering the workforce, he pointed out.

“We consider services as an important source of growth and productivity to enhance investments in the period ahead,” he underlined.

India's success in the service sector has been especially remarkable as its share of the world's information and communication technologies service exports almost tripled in a decade, from 6.3 per cent in 2000 to 17.8 per cent in 2010, recording the largest increase globally for the sector, according to the IMF report.

“This performance was strongly associated with an emphasis on tertiary education and a low degree of regulation of the sector,” said the regional economic outlook 'Asia and Pacific -- Caught in Prolonged Uncertainty: Challenges and Opportunities for Asia, released in Singapore on Wednesday.

Asked for comments about the reported relocation of US companies out of China amidst the trade tension with the United States, Ostry said a key concern in this trade tension has been the undermining of the global supply chains and global technology chains. 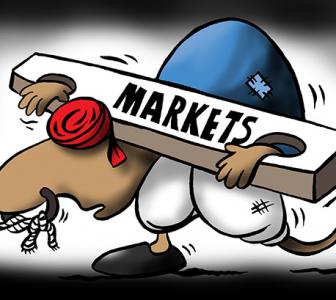