News
Business
Movies
Sports
Cricket
Get Ahead
Money Tips
Shopping
Sign in  |  Create a Rediffmail account
Rediff.com  » Business » Amid #LogOut, how Zomato plans to stand out in a crowded market

Amid #LogOut, how Zomato plans to stand out in a crowded market

'To avert the threat from new entrants, Zomato is looking at niche areas to expand, where there are still only a few players,' says Karan Choudhury. 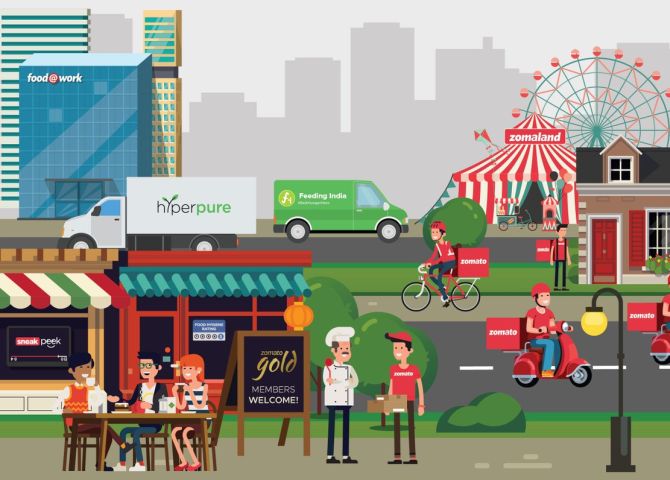 It was on a WhatsApp chat group in early August that the murmurs of dissent against Zomato Gold, the food discovery and delivery aggregator’s premium membership plan, first began.

This group that hundreds of restaurants as well as founders of food aggregator firms are part of, was incidentally set up in 2017 when sale of liquor along highways was banned.

A handful of restaurants, all part of the WhatsApp group, had a common concern -- that their eateries had become hunting grounds for deal-seekers, instead of valued repeat customers.

What followed next was a widespread protest against Zomato Gold, a paid membership programme for restaurants that encouraged deep discounts.

“We were all discussing the fallout of joining Gold.

"None of us were getting the returns that were promised.

"Instead we were just dishing out free food and drinks to deal hunters.

"Finally, during the discussions one of the restaurants said they were logging out of Gold.

"That is how it became known as #Logout,” said Vishal Anand, founder of Saints and Sinners, a pub in Gurgaon, and partner Farzi Café Aerocity.

Anand has not only logged out of Gold, he is not listing his restaurants on the portal anymore.

Things just snowballed from there on.

As the number of restaurants logging out of Zomato Gold piled up, National Restaurants Association of India (NRAI) and the Federation of Hotel & Restaurant Associations of India (FHRAI) decided to hold talks with not only Zomato but all the other players in the ecosystem, including Swiggy, Dineout, UberEats, Foodpanda, among others, to tell them to rethink their business practice and move away from discounting.

But the matter appears far from settled.

The NRAI and FHRAI claim that close to 3,000 premium restaurants throughout the country are out of Gold, but Zomato claims post #Logout, the restaurant count on its platform has, in fact, increased to 6,500.

Over the past few weeks, many restaurants and premium joints at five-star hotels have logged out of Zomato Gold.

An NRAI source says among them are Social, Farzi Café, SodaBottleOpenerWala, Monkey Bar and Kylin Experience.

The restaurant associations have joined hands and sent an advisory to all members to log out of Gold.

“Everything we are reading of late about Gold seems to be addressed to its investors.

"We have only communicated to our members about the ills of Gold, no one has been forced to stop using Gold,” said Anurag Katriar, president, NRAI.

This doesn’t bode well for Zomato.

Industry insiders say that if a chunk of premium restaurants stay logged out, then getting customers to renew Gold might become difficult for Zomato next year.

“Gold membership has been marketed as a means to dine out at premium restaurants.

"If high-end restaurants stop being part of the plan, people would lose interest in the membership programme.

"Convincing people to renew it would become that much more difficult,” said a source close to company.

At Zomato there has been some rethink since the #Logout campaign, but it continues to defend Gold.

“At the start of the #Logout campaign, we had 6,100 restaurants in India on Zomato Gold for dining out.

"In addition, we have 10,000 restaurants participating in the recently launched Zomato Gold for delivery.

"The number of restaurants participating in Gold outside of India stands at 6,500,” Zomato said in a report earlier this month.

Things have certainly not been easy for Zomato in recent years.

Swiggy, its nearest competitor, has not only raised over a billion dollars in the last one year and rapidly expanding in the food delivery space, it is also treading further into grocery delivery, concierge service as well as into the mobility space.

Amazon India, too, has decided to get into the food delivery space, and given its huge user base in e-commerce, its entry could be potentially disruptive for everyone in food tech.

Then, tech giant Google too is planning to enter the restaurant listing space.

These are two of the main verticals that Zomato plays in and earns its revenues from.

To avert the threat from new entrants, Zomato is looking at niche areas to expand, where there are still only a few players.

It recently marked its foray into the entertainment space.

It will be launching video content on its platform with as many as 18 original shows.

These short format videos that would be launched over a period of three months will have shows based around food, and celebrity chef Sanjeev Kapoor would be part of some of the programmes.

This ties well with Zomato’s advertisement content business for restaurants.

It has been trying hard to sell its video advertisements to restaurants, cloud kitchens and other clients on the platform and now along with entertainment content, many believe, it would be easier to do so.

“The plan is to weave in content with the advertisements. Something what YouTube does on its platform.

"A video advertisement of a restaurant might play before or in-between the starting of the show,” said a source close to the company.

Having content would encourage restaurants to place video ads as the probability of them getting watched by people would be higher.

It is still too early to say whether all this will help Zomato spice up its offering and stand out in a crowded market.

The proof of the pudding perhaps will be in a fresh round of funding that Zomato is currently trying to raise. 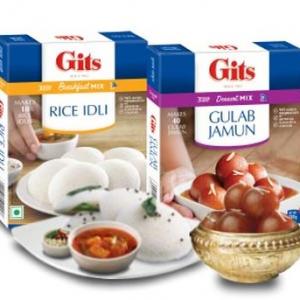