News
Business
Movies
Sports
Cricket
Get Ahead
Money Tips
Shopping
Sign in  |  Create a Rediffmail account
Rediff.com  » Business » How to know if Seoul G20 summit is a success

How to know if Seoul G20 summit is a success

Will the ongoing G20 summit be a success? To know the answer, one may have to be able to read the tea leaves. Or, at least the communiqué to be issued at the end of the 19-nation grouping (the 20th member is the Economic Union) on Friday evening.

Montek Singh Ahluwalia, India's emissary to the G20 - or Sherpa, as the mot juste would have it-suggested the way to decipher the communiqué was to use two parameters.

But before elaborating on either, Deputy Chairman of the Planning Commission Ahluwalia shared a piece of positive development involving India. In the latest quota reforms concerning the International Monetary Fund, which itself were a direct result of the Pittsburg G20 summit decisions, with a six percent shift in the voting share, India and China have gained ground.

Once this quota is ratified, with the various leaders expected to put their seal of approval on it, India will move to the 8th slot on the IMF's 20-member board, from the present position of 22 (the board has four more "informal" members beyond the 20 who face an uncertain tenure), which essentially means "we won't get marginalised."

The summit in Korea, Ahluwalia pointed out, was the first to be held in a newly developed nation, as well as in Asia, home to many emerging nations. With the financial crisis that necessitated the meeting of minds in 2008 a thing of the past, Korea is keen to bring development to the forefront.

The G20 deliberations highlight the need for coordinated policy, which is why MAP becomes important. The sherpas are currently burning the midnight oil over these two issues, and Friday evening's communiqué should tell us if there has been agreement over agreeing.

MAP, Ahluwalia stressed, did not mean ceding one's sovereignty. Nor does it come with World Trade Organisation kind of enforceability, or intrusive vetting. The Toronto G20 decided to ask IMF to look if there was a match between the policies and outcomes of member nations. If the Seoul summit manages to approve it, we will see for the first time country-led consultative process, pointed out India's Sherpa.

At the same time, "don't expect miracles, the process is yet being undertaken," he added, and these are neither negotiated outcomes nor do they lead to instantaneous judgment.

For South East Asian nations stung by the 1997 financial meltdown, the IMF evokes mixed feelings and hence for them an individual consultative process like MAP has some resonance, he said.

Even as he exited the press conference in a hurry to get back to playing hardball, Ahluwalia pointed out that the main issues being debated are, what kind of MAP to have and how much content to devote to development. The answers to both will be known in less than 48 hours. 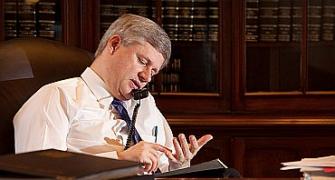 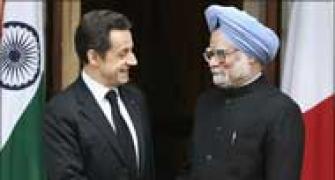 Architects of G20: Sarkozy and Singh 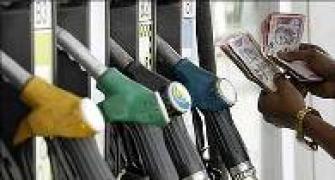 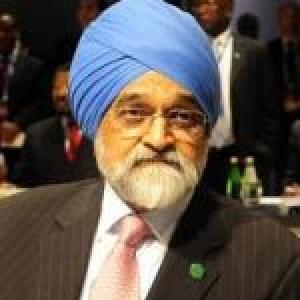 Emerging economies can expand without growth in US