In cross-currency trades, the rupee recovered sharply against the pound sterling to finish at 93.13.

Spooked by Brexit impact, the rupee plunged as much as 71 paise to settle at a 4-month low of 67.96 against the dollar on fresh demand for the US currency as the latter rose overseas amid a sharp fall in equities.

The rupee opened sharply lower at 67.91 against Thursday’s closing level of 67.25 at the Interbank Foreign Exchange (forex) market and went down further to 68.22 on initial heavy dollar demand from banks and importers.

The dollar index was trading up 2.80 per cent against a basket of six currencies in the late afternoon trade. 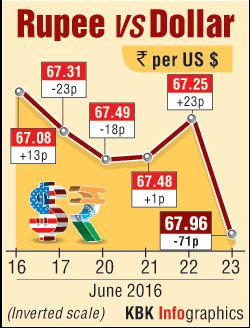 In cross-currency trades, the rupee recovered sharply against the pound sterling to finish at 93.13 from 100.20 yesterday and also rebounded against the euro to settle at 74.80 from 76.57.

Pramit Brahmbhatt of Veracity Financial Services said, "The rupee tumbled to 68 with a massive loss on the back of Brexit even against the previous close of 67.25 in view of a fall in the equity market."

The British pound was pushed to its lowest since 1985 against the dollar in the global market today.

In the forward market, premium for dollars declined further due to sustained flow from exporters.

Source: PTI© Copyright 2022 PTI. All rights reserved. Republication or redistribution of PTI content, including by framing or similar means, is expressly prohibited without the prior written consent.
Related News: European Union, US, Reuters, Britain
Print this article 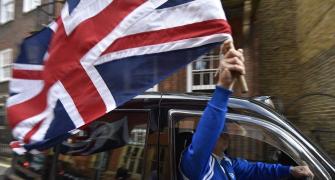 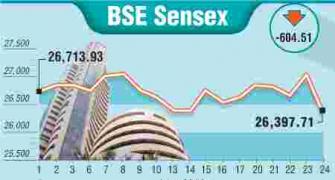 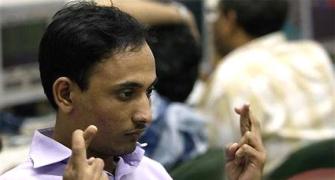 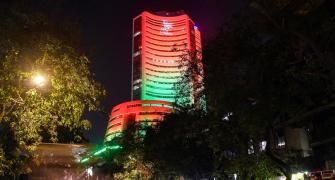 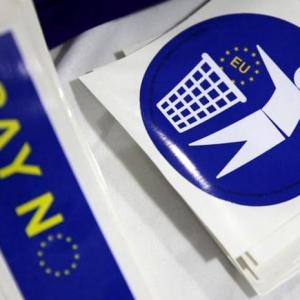