The ripples from November 8 may be seen in next year's state budgets.
Ishan Bakshi and Nitin Sethi report. 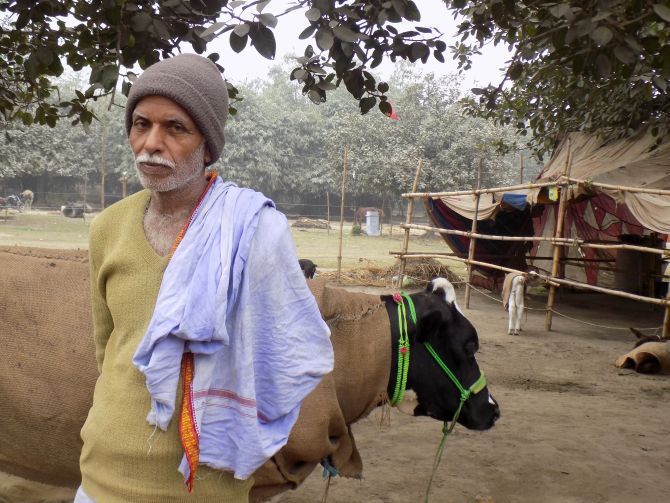 Even as the granular picture of the consequences of the 14th Finance Commission on state finances emerges, demonetisation threatens to disrupt states' fiscal planning this year end.

With revenue expenditure being sticky in nature, states may be compelled to axe capital expenditure to compensate for the fall in revenue receipts this year.

This reversal in trend could have grave ramifications for the investment revival as capital expenditure by all states put together outstrips that by the Centre.

Studies by Manish Gupta, Lekha Chakraborty and Pinaki Chakraborty of the National Institute of Public Finance and Policy provide insight into how states fared after the implementation of the 14th Finance Commission, but before the demonetisation impact kicked in.

This fiscal picture could well change after demonetisation, another study by Icra suggests.

By accepting the recommendation of the 14th Finance Commission to increase untied transfers to the states from 32% to 42%, the National Democratic Alliance government ushered in probably the biggest change to the country's fiscal architecture.

Despite this downward trend, the study points out that 14 states are expected to breach their fiscal deficit limits in 2016-2017 prescribed under their Fiscal Responsibility and Budget Management (FRBM) Acts.

The law requires them to contain their fiscal deficit below 3% of state gross domestic product (GDP).

Some of these states do get additional leeway of 0.25% to 0.50% under specific conditions prescribed by the 14th Finance Commission.

But, according to the study, only six were eligible for enhanced borrowing under the central government rules in 2016-2017.

Eighteen states have budgeted to have a surplus on the revenue account in 2016-2017 with only 8 states -- Maharashtra, Himachal Pradesh, Andhra Pradesh, Rajasthan, Tamil Nadu, Punjab, Kerala and Haryana -- expected to be revenue-deficit.

A surplus on the revenue account and a fiscal deficit budgeted at 2.87% in 2016-2017 suggests that states are borrowing to fund capital expenditure.

Actual spending tends to diverge substantially from the revised as well as the budgeted numbers across states.

Some of India's poorest states have taken advantage of the fiscal space provided by the increase in untied transfers from the central government to ramp up their social sector expenditure, particularly on health and education.

"Spending on education, health and social expenditure in poorer states such as Odisha, Madhya Pradesh, Jharkhand, Uttar Pradesh and Bihar have actually gone up after the 14th Finance Commission," says Chakraborty.

But the quality of expenditure remains to be researched. Speaking at the review meeting, Rajeev Ranjan, joint secretary in the ministry of finance, noted that this remained particularly true of the increasing capital expenditure been made by the states.

After the decision to demonetise high denomination notes, analysts project economic activity to be disrupted.

This is expected to hit government tax revenue in the third and fourth quarters.

If the advance tax numbers are anything to go by, the gap could be big.

Icra expects the tax revenues of state governments in FY17 to be lower than budgeted in the wake of the ongoing cash crunch and its impact on consumption.

As revenue expenditure tends to be sticky -- it largely comprises salaries, pensions, interest payments, and power and food subsidies -- some expect states to cut capital expenditure to maintain their fiscal deficit.

"States may not be able to appreciably compress their revenue expenditure below the projected level. As a result, their revenue balances may be weaker than they forecast," says Jayanta Roy, senior vice-president, Icra.

"Instead," he adds, "some state governments may choose to curtail their capital spending to an extent to ensure that the fiscal deficit remains in line with the cap of 3% of GSDP."

Chakraborty expects states to increase their spending during the last quarter of the year to compensate for the economic slowdown due to demonetisation. This could exacerbate the fiscal deficit further.

Another possible, but unintended, consequence of the demonetisation drive is the change in the financing of the state fiscal deficit.

Typically, state governments rely on a mix of market borrowings and funds from public accounts such as provident funds to finance their fiscal deficit.

Between 2011-2012 and 2014-2015, Reserve Bank of India data show that states actually decreased their reliance on market borrowings, preferring to borrow in large amounts from public accounts and their cash balance investment accounts.

In addition, states also rely on loans from financial institutions such as the Life Insurance Corporation and special securities issued to the National Small Saving Funds to fund their deficit.

But it is possible that with the 10 year G-sec yield plummeting after demonetisation, lower borrowing costs may push state governments to increase the share of market borrowings.

The lasting effects of demonetisation are yet to be assessed. It is possible that the ripples from November 8 will be seen in the state budgets in the next financial year as well.