The fall came on the back of a massive selloff in NBFCs, led by DHFL which skidded over 50 per cent on fears of a liquidity crisis.

Benchmark indices finished with losses Friday after investors were jolted by a sudden mid-session plunge amid a massive sell-off in NBFC stocks.

The BSE Sensex, which opened on a strong footing, suddenly tanked 1,127.58 points, or 3.03 per cent, to hit a low of 35,993.64 in afternoon trade, before staging an equally sharp recovery within minutes.

The indices closed in the red for the fourth day in a row, during which investors lost a massive Rs 5.6 lakh crore.

Shares of housing finance firms slumped, with Dewan Housing Finance tumbling up to 42 per cent on fears of a liquidity crisis.

Reports of debt defaults by IL&FS also sparked concerns, which spilled over into other NBFC counters.

Yes Bank was the worst performer in the Sensex pack, losing a whopping 28.71 per cent, after the RBI curtailed the term of its founding CEO Rana Kapoor.

The indices closed with losses for the third straight week.

"The events surrounding Yes Bank and DHFL sent the broader markets sharply lower. The trigger on the surface seems to be the selling of debt papers of DHFL by one of the prominent AMCs, but the broader issue is that of a contagion leading to selloff in papers of other companies," said Joesph Thomas, head of research - Wealth Management, Emkay Global Financial Services.

In the broader markets, the BSE small-cap index dived 3 per cent, while the mid-cap gauge lost 1.72 per cent.

Globally, most Asian and European markets rose, tracking positive closing in the US market overnight on easing trade war concerns.

In the Asian region, Hong Kong's Hang Seng was up 1.73 per cent, Shanghai Composite Index edged higher by 2.50 per cent while Japan's Nikkei gained 0.82 per cent. Lehman@10: How emerging markets are still feeling the tremors 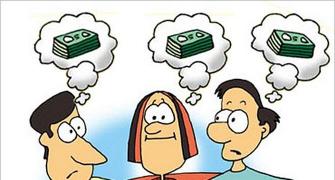 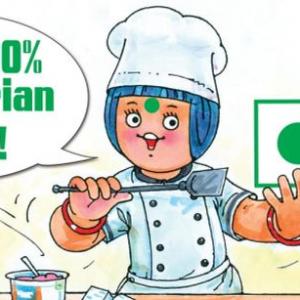 How Amul is quelling the 'non-veg' rumours