Housing loans to self-employed people are more "susceptible to default" than those given to the salaried class due to possible volatilities in income, India Ratings said on Thursday.

"A study of borrower characteristics suggests that loans to self-employed borrowers are 50 per cent more susceptible to default than those extended to salaried customers because of higher income volatility, which is accentuated during economic downturns," the ratings agency said in a report.

However, it said lenders are conscious of this credit risk and hence, the average rates of interest charged to this category are 0.50 per cent higher than the salaried borrowers.

The report noted that conservative lending standards and stable interest rates are crucial to the performance of home loan portfolios.

"Conservative underwriting standards are crucial to the performance of mortgage loans," the report said, adding an analysis of data from the last three years has shown that a hike in interest rates increases delinquencies.

It said loans where interest rate moved up by over 2 percentage points showed a 50 per cent more likelihood of turning bad than the average during the three-year period.

On the underwriting front, the loan-to-value ratio (LTV) and instalment-to-income ratio (IIR) are also very important, it stressed.

"Loans to residential mortgage borrowers whose repayments were above 50 per cent of their income are found to be riskier, with delinquency rates almost 35 per cent higher than average," its associate director for structured finance Purav Shah said in the report.

Borrowers who contribute over 40 per cent of residential unit's have greater willingness to pay as the delinquencies on such loans are 25 per cent lower than the average, it said, adding the stress increases once the LTVs go up. 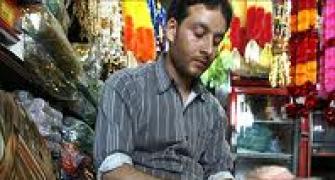