A slew of challenges that are yet to be resolved include the lack of consensus between the Centre and states over the GST exemption threshold limit, dual control over scrutiny and assessment 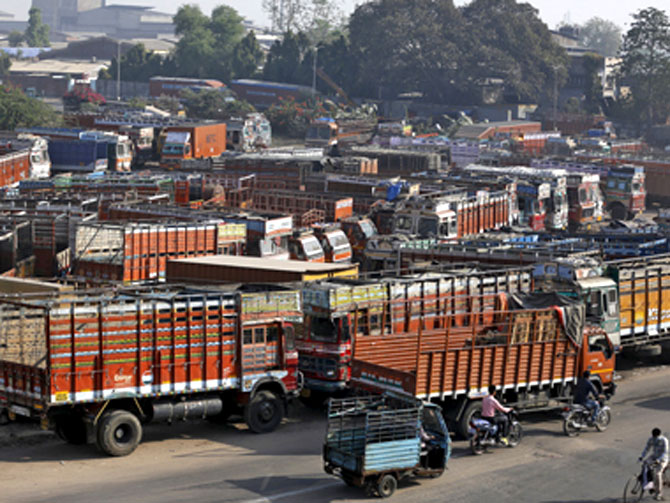 While the finance ministry remains optimistic about meeting the April 1, 2017, deadline for the goods and services (GST) tax rollout, it has not ruled out the possibility of delay on account of a slew of challenges to be resolved by the yet-to-be-set-up GST Council.

The government will also have to take into account information technology (IT) preparedness of the trade and industry sector for compliance with the new indirect tax regime.

“As of now we are optimistic of achieving the target of 1st April, 2017.  The only concern is if the resolution of various issues in the GST Council takes more time than expected, then there would be difficulty in achieving the target,” Revenue Secretary Hasmukh Adhia told Business Standard.

Long road ahead
Lack of consensus between states and Centre on GST exemption threshold limit; states want it at Rs 10-lakh turnover for an entity but Centre wants it at Rs 25 lakh
States want sole administrative powers to carry out assessment, scrutiny and enforcement for entities up to an annual turnover of Rs 1.5 crore; Centre has worked out an administrative framework without a threshold
At least 16 states will need to ratify the Constitution amendment Bill in their state Assemblies
Most countries gave companies at least a year to prepare for GST rollout; in India, if the rules are out in January, firms will have three months to prepare

A slew of challenges that are yet to be resolved include the lack of consensus between the Centre and states over the GST exemption threshold limit, dual control over scrutiny and assessment. Besides, the GST rates and structure are yet to be fixed.

While the states are pitching for a GST exemption limit of Rs 10 lakh annual turnover for an entity, the the Centre wants a higher limit of Rs 25 lakh (Rs 2.5 million).

Besides, states want sole administrative powers to carry out assessment, scrutiny and enforcement for entities up to an annual turnover of Rs 1.5 crore. The Centre has instead worked out administrative framework without a threshold ensuring that a taxpayer will have to deal with one authority for all taxes through “cross-empowerment”.

“The issue of cross-empowerment for the purpose of removing dual control will have to come up for discussion in the meeting of the GST Council. We will continue to make efforts with the states to arrive at a consensus on this,” Adhia said. Cross-empowerment means both the Centre and states will have administrative control over assessment, scrutiny and issuing of notices to assesses for the central GST and state GST. Whoever strikes first, will assess the assessees.

Most countries, including Malaysia and Australia, gave companies at least a year’s time to prepare for the GST rollout. On the possibility of a mid-year rollout, Adhia said the government will have to consult the industry for that “as some of the big companies will have to change their software to accommodate the new taxation regime”.

Officials in the department point out that industry may not be prepared for April 1, as they will need to change their IT systems and processes, otherwise it may lead to litigations.

Tax consultants, too, argued that since the rules for GST will be notified in January, companies will have very little time to configure their systems. Though the basic architecture of GST has been known for a long time, the rate of tax is not yet known for them to make pricing decisions.

“GSTN is for the Centre and states, but companies will have to work on their IT systems themselves. They will need time for that and two months will not be enough,” said a government official on condition of anonymity.

The road to meet the deadline appears tough. At least 16 states will need to ratify the Constitution amendment Bill in their assemblies. The finance ministry expects the states to get it approved within the next 25 days and the technical structure to be ready by December. After that, the President will give its assent and then the GST Council will be set up.

The Council will prepare draft model GST Bills, and resolve the issues relating to administrative control and threshold. All this need to be sorted before the winter sessions of Parliament and state legislatures, which begin in November.

Saloni Roy, senior partner, Deloitte said that the April 1 deadline appeared “very ambitious”. “Many companies in India have global systems in place, requiring them to go through their global teams for changing or upgrading their IT systems, which will take a time. For those with local teams will also need about six months to rejig their IT systems and rework their supply chains.”

Pratik Jain, leader-Indirect Tax, PwC India, said the deadline seemed challenging as “many companies were waiting for the Bill to be passed before starting the preparation”. He said the change would impact the entire ecosystem from procurement, contracts, vendors to IT systems. Smooth implementation of GST will require compliance by everyone in the chain.

“Under GST, your credits will depend on your vendor’s compliance for which companies will need to set up the system as well and hence more time will be needed.” A July rollout will be a better idea, he said.