To boost domestic supply and provide relief to consumers from rising onion prices, the Centre on Friday imposed stock limits on both retailers and wholesales with immediate effect till December 31. 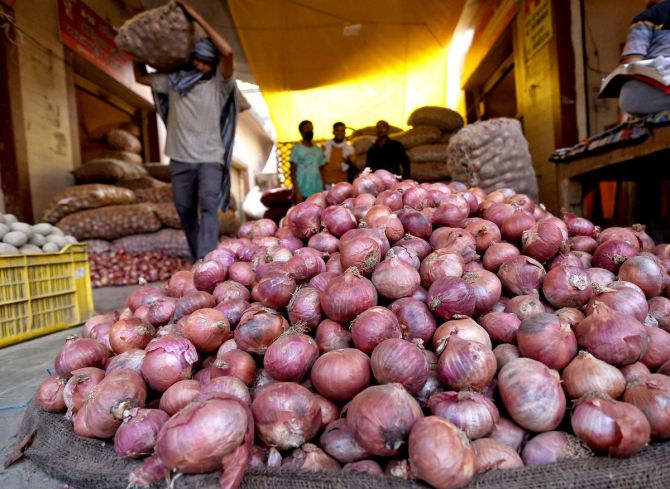 Now, retailers can stock onion only up to two tonnes, whereas wholesale traders are allowed to keep up to 25 tonnes. This will check hoarding and black-marketing, the government said.

Onion prices have shot up sharply to over Rs 75 per kg in the past few weeks in the wake of damage to the standing kharif crop in producing areas due to heavy rainfall as well as hoarding.

Addressing the media, Consumer Affairs Secretary Leena Nandan said, "This is a decisive step. We have imposed stock limits on onion traders with immediate effect till December 31 after concerns that traders were releasing their stored stocks slowly, creating artificial price rise situation."

She said the government had to invoke the recently passed Essential Commodities (Amendment) Act, 2020, which provides for regulation of agri-commodities "only" in the times of extraordinary price rise situation.

"Under this law, normally, we would not be regulating agri-food stuff like cereals and onion. But, in times of extraordinary price rise, we can regulate if the retail price breaches the trigger levels specified in the law," she said.

In case of onion, the average all-India retail price of onion of Rs 55.60 per kg that prevailed on October 21 breached the trigger level as per the formula specified under the EC Amendment Act, she said.

The all-India average retail price of Rs 55.60 per kg was higher by 22.12 per cent compared with last year's rates of Rs 45.33 per kg and by 114.96 per cent as against the average rate that prevailed in the past five years. So, the retail price had actually more than doubled and, therefore, it was decided to impose the stock limits on the commodity, she added.

Later, Consumer Affairs Minister Piyush Goyal tweeted that the Modi government has taken the third step to curb hoarding and check prices. Stock limits have been imposed on retailers and wholesale traders of onion.

The government said action under the Prevention of Blackmarketing and Maintenance of Supplies of Essential Commodities Act, 1980, would be taken to prevent any hoarding, black marketing of onions by unscrupulous elements.

Highlighting other measures taken to cool down the spiralling trend in onion prices, the secretary said the government has decided to augment domestic supplies through imports for which the State-owned MMTC would soon float a tender for red onions to meet the demand supply gap.

Recently, the government relaxed fumigation and phytosanitary norms for import of onion and activated Indian consulates to facilitate trade, she said.

The secretary said the government had taken a pre-emptive step by announcing a ban on onion export on September 14 itself so as to ensure availability to domestic consumers at reasonable rates, before the expected arrival of kharif onion from next month.

"Thus, the retail price rise was moderated to some extent but recent reports of heavy rainfall in the onion-growing districts of Maharashtra, Karnataka, Andhra Pradesh and Madhya Pradesh have created concerns about damage to kharif crop," she said.

She also said the developments on the weather front have contributed to the sharp increase in onion prices.

However, to tide over the present situation, the government has stepped up offloading of onion from its buffer stock of one lakh tonnes created in 2019-20, which is being carried out swiftly but in a calibrated manner from the second half of September, she said.

The secretary further said onion from the government's buffer stock is being sold in major mandis as well as retail suppliers such as Safal, Kendriya Bhandar, NCCF, and NAFED outlets in major cities and also via states.

Currently, Assam and Kerala governments are being supplied from the retail disposal mechanism. Andhra Pradesh, Telangana and Lakshadweep have also placed their requisition for onions, which are being dispatched, she said.

Further, onions are also being disposed of through open market sales and this will be stepped up further to bring down the price rise.

The government said kharif crop is likely to hit mandis from next month. The estimated arrival of 37 lakh tonnes of kharif onion crop will improve availability, she added.

Source: PTI© Copyright 2021 PTI. All rights reserved. Republication or redistribution of PTI content, including by framing or similar means, is expressly prohibited without the prior written consent.
Related News: Prevention of Blackmarketing and Maintenance of Supplies of Essential Commodities Act, NAFED, MMTC, NCCF, Andhra Pradesh
SHARE THIS STORY
Print this article 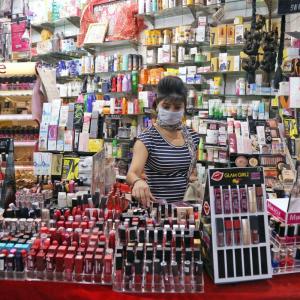 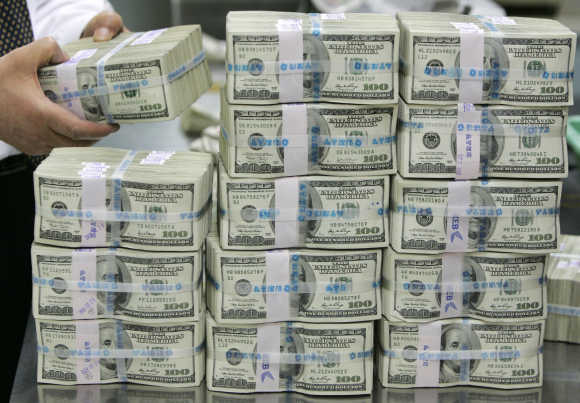