For willful defaulters, change in ownership accompanied by punitive action against the defaulting management is the way to go.
Anup Roy reports. A defaulter, whatever the reason may be, is still a defaulter and there is no reason for the regulator to treat him differently. But the banking system can always extend help by offering resolution to promoters willing to pay up, says Reserve Bank of India Deputy Governor N S Vishwanathan.

'The proponents of this line of thought argue that where the borrowers are affected by external factors beyond their control, they should be treated as 'genuine' defaulters and some leniency in prudential norms is warranted. This is a fallacy, even though it is important to appreciate that some defaults are inevitable part of the lending business,' Vishwanathan said at XLRI, Jamshedpur, recently.

'The recognition of default or accounting for deterioration in the quality of assets should be independent of the reasons for such default or deterioration. Whereas, it is the resolution plan which should be a function of ability and willingness of the borrower to honour his obligations,' Vishwanathan said.

The deputy governor's comments are important considering that power sector companies have lobbied hard with the RBI to tone down its February 12 circular in which even one day delay in payment is considered a default and resolution proceedings are started after that.

If the borrower has temporarily lost his ability to pay due to circumstances beyond his control, 'a quick and efficient restructuring of the debt either outside the courts or within the insolvency framework would be in order,' the RBI deputy governor said.

However, for willful defaulters, change in ownership accompanied by punitive action against the defaulting management is the way to go, he added.

'Finally, if the business is beyond revival, faster liquidation would help in reallocation of resources to productive use. This is what the Revised Framework for Resolution of Stressed Assets seeks to achieve,' he said.

The deputy governor also took a dig at promoters who say their resolution plan would entail 'zero haircut' for banks.

'If banks file insolvency application, a new investor would be willing to take over the defaulting entities only with 'huge haircuts' on debt,' he added.

'What one needs to understand is while the payments offered by the existing management are usually spread over a longer period, the new investors mostly come up with upfront cash payments. The choice before banks is: 'Illusory future payments' vs 'Upfront real cash',' Vishwanathan said.

<'>"Banks need to arrive at the present value of 'illusory future payments' by discounting it for time value of money and more importantly for the uncertainty in receiving the payments taking into account the existing management's past records.' 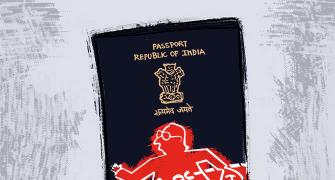