'There are many cases where a company hits the wall because of reasons not under their control.'
'If you do not understand and appreciate that and paint all promoters with the same brush, then definitely you are inviting trouble.'

His new book From Lehman to Demonetisation -- A Decade of Disruptions, Reforms and Misadventures surveys Indian banking's journey since 2008 when what Tamal calls the "trans-Atlantic" economic meltdown disrupted the global economy.

In the concluding part of his interview with Rediff.com's Utkarsh Mishra, Tamal discusses the thorny banks and defaulters issue, and, of course, how DeMo affected Indian banking:

Coming to the new amendments in the bankruptcy code -- like restraining defaulters from participating in bidding process or liquidating guarantors' assets for recovery. Do you think it is too harsh? Or was it necessary?

I think it was done in a hurry. While it is welcome that you keep the existing promoters out of the bidding process and owning their old assets, but putting a blanket ban, even for the not-so-big projects or assets, will restrict the number of bidders.

For big assets, there will be some global investment funds or strategic investments coming up.

But for the SMEs and other assets, if the number of bidders gets affected, certainly for banks it would mean a much higher haircut, surrendering more and bidding less money and more liquidation.

So this kind of blanket ban may not be good.

Absolutely. You need to distinguish between wilful defaulters and genuine defaulters.

There are many cases where a company hits the wall because of reasons not under their control.

If you do not understand and appreciate that and paint all the promoters with the same brush, then definitely you are inviting trouble.

During the decade that you chronicle in the book, there has been a dramatic increase in non-priority sector bad loans and write-offs. But everyone makes a hue and cry when it comes to loan waivers for a priority sector like agriculture.

I think it is not an either or situation. Farm loan waivers should not be encouraged, because blanket waivers destroy credit culture.

Those farmers who are able to pay back loans also refuse to pay. So it has a ripple effect.

Every time a farmer takes a loan, in the back of his mind, he thinks that he doesn't have to pay it back.

So it has a different kind of moral hazard, which is why it is not good.

Nobody would criticise if you announce it as a one-time measure for farmers genuinely affected by natural calamities.

But committing to it year after year, under some pretext, as a part of election promise or positioning it as part of electoral game plan makes it a political tool, and should not be supported.

Similarly, we also need to be critical of large corporate write-offs.

In India, there is a very different kind of accounting practice where loans are written off from the banks' balance sheet, but still remains parked in some branch and attracts some kind of tax benefits.

Both farm loan waivers as well as the way some corporates are using the banking system need to be discouraged.

Banks tend to write off loans in order to depress their NPA numbers. Though (traces of) it remain in their balance sheet, not many analysts actually dig for it.

So the banks have found the easy way out to depress their NPA numbers by writing off (loans).

Is it just political pressure which keeps public sector banks down, or something else?

Political pressure is only one factor.

As I earlier said, it is a combination of inefficiency in terms of management or appraisal, lack of ability to find the right kind of clients, a very weak board, a very weak governing structure and the threat of the 3Cs (CVC, CBI, CAG).

Your columns on demonetisation in the book were written in its immediate aftermath. Now after a year of the exercise, what are your views on it?

The debate is still 'Long-term gain versus Short-term pain'.

Also, demonetisation is not the correct word. It is merely currency exchange because we are not abolishing the currency denomination, we are also replacing it with similar or other denominations.

If you see people in favour of it (the note ban) and people against it, there are more cases of the latter kind.

In the history of India, we had demonetisation earlier in the 1940s once and the late 1970s once. This was the third time such an exercise happened.

And none of them has succeeded purely in terms of how much money has come back into the system.

If your objective is to stamp out black money, this should not be the case (that it comes back into the system).

And this time, almost 99 per cent of it has come back.

Now, the government and its supporters are defending it, saying 'So what if the money has come back? We can trace the depositors and force them to pay taxes.'

But I am not very sure whether the objective of stamping out black money has been achieved fully.

Remember I said it has not been achieved fully. There are certain other benefits.

The biggest benefit is financialisation (of investments). If you see, there is more money in the system now. So to that extent the liquidity in the stock market is up.

Because of the note ban and other efforts (against black money) people are now apprehensive of putting money in real estate. And the stock market is slowly becoming a proxy for real estate.

People are not buying real estate, they are buying stocks.

The other benefit is definitely digitalisation. Again, the kind of spurt we saw during the note ban has come down. But, certainly, to some extent it is continuing.

How will you attack the flow?

So demonetisation cannot be a be-all and end-all kind of scheme. At best, it should be treated as one of the props of a larger strategy.

And I think, this government also wants to treat this in the same way.

Since you point out that it was merely a currency exchange and as the RBI says that remonetisation is more or less complete, do you think the shift from physical assets to financial savings will last long?

Honestly I don't have the answer. Like everybody else I am also watching.

Should corruption in banks be blamed more for the not-so-good results of DeMo than the shoddy implementation of the idea?

I think the implementation was pretty lousy.

In case of GST (goods and services tax) also we are seeing the same thing. But demonetisation was even more critical as there was a veil of secrecy surrounding it.

Banks were given a 48 hour window after its announcement to prepare for it. And then we saw all sorts of changes taking place and the chaos in its aftermath.

Similarly, in the case of GST, even after years of preparation, and preparations that were in the open, we are facing problems.

We do not expect it to be smooth, like a cakewalk, but probably, it could have been handled in a better way. 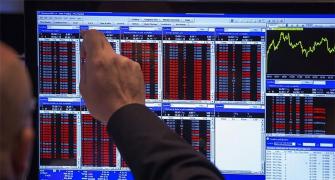 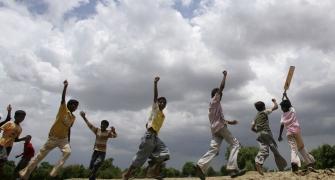