While launching his 'Make in India' programme, Prime Minister Narendra Modi announced a string of measures that can transform India into a manufacturing hub. 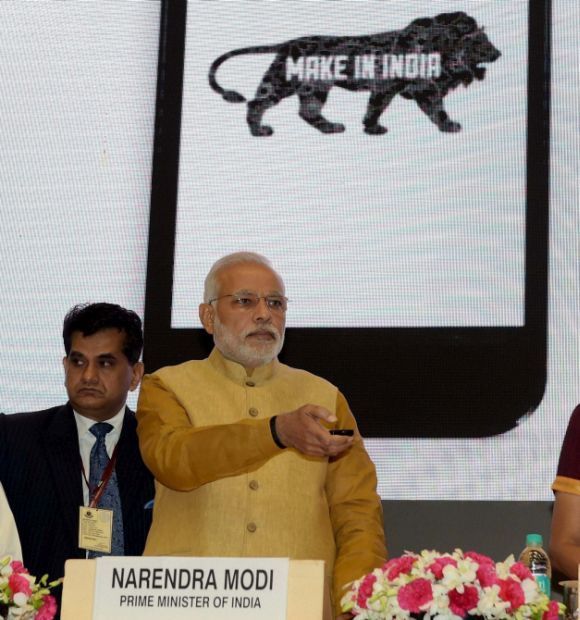 Kicking off the "Make in India" campaign, he said his government's focus will be on physical infrastructure creation as well as creating a digital network for making India a hub for global manufacturing of goods ranging from cars to softwares, satellites to submarines and paper to power.

Calling upon domestic and international companies to invest in India, the Prime Minister said his government's focus was not only to 'Look East' but also to 'Link West'.

"We want highways. We also want i-ways - information ways for a Digital India," Modi said, adding "Make in India is not a slogan, not an invitation".

Recalling the scenario of last two-three years where "companies were looking to move out of country", he said three months of the NDA government has reversed the mood with its focus on easing the process of doing business in the country. "Government is committed to development. 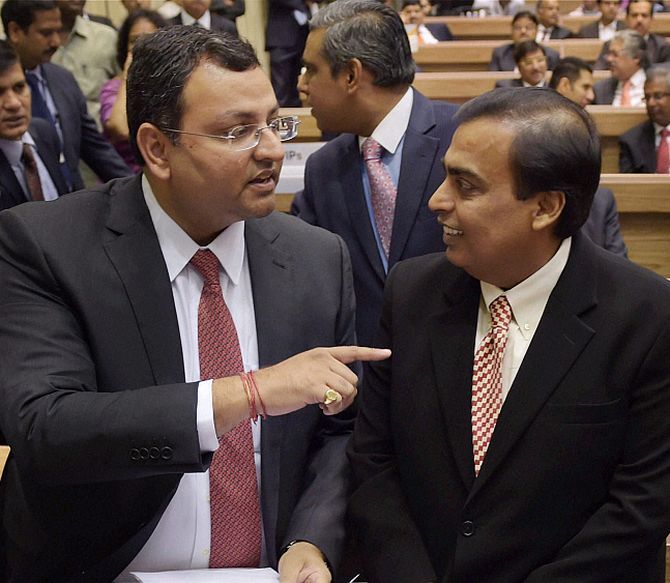 "I do not only talk about good governance. I talk about effective governance and easy governance," he said launching the 'Make in India' campaign that was attended by a galaxy of industrialists and business leaders, including Cyrus Mistry, Mukesh Ambani, Azim Premji, Kumar Mangalam Birla, Chanda Kocchar and Y C Deveshwar.

This is not a political agenda, but an article of faith," he said while stressing on public-private partnership as well as skill development for increasing share of manufacturing in GDP.

Modi said the world is ready to come to Asia and India offers best destination as it is a vibrant democracy with demographic dividend and huge demand.

Modi said the 'Make in India campaign is a Lions Step' towards making the country a destination for global manufacturing.

"We don't have to tell the world our address, there will be a Vasco da Gama in every nook and corner," he said.

Commerce and Industry Minister Nirmala Sitharaman said series of measures have been taken on ease of doing business and that the government was fully committed to de-licensing, deregulating and taking India to high growth trajectory.

He said the Group was fully committed to investing in India. Reliance Industries Chairman Mukesh Ambani said implementation of GST will make India one market and strengthen overall the 'Make in India' programme.

He also said that Reliance Industries would be creating 1.25 lakh jobs in next 12-15 month period. Wipro chief Azim Premji opined that true success of manufacturing lies in ability to service global market.

Phil Shaw, CEO Lockheed Martin, termed India as "epicentre of innovation" and said his company would be delighted to work with government of India.

In his address, ITC Chairman Y C Deveshwar said that problems of inflation and unemployment can be resolved through domestic manufacturing. He said ITC's next investment destination is Madhya Pradesh.

The Prime Minister further said that "FDI" should be understood as "First Develop India" along with "Foreign Direct Investment" and urged investors not to look at the country merely as a market, but instead see it as an opportunity.

Modi said it is important for the purchasing power of the common man to increase, as this would further boost demand, and spur development, in addition to benefiting investors.

The faster the people are pulled out of poverty and brought into the middle class, the more opportunity will there be for global business, he said.

The Prime Minister said he had felt a mood of gloom among India's business community in the last few years, due to lack of clarity on policy issues. Modi added, however, that on the basis of the experience of the last few months, he could say that the gloom has lifted.

Trust is essential for investors to feel secure and it "too can be a transformative force", he said. Modi also referred to the Digital India mission, saying that it would ensure that government processes remain in tune with corporate processes.

Source: PTI© Copyright 2022 PTI. All rights reserved. Republication or redistribution of PTI content, including by framing or similar means, is expressly prohibited without the prior written consent.
Related News: First Develop India, Narendra Modi, Invest India, US
Print this article 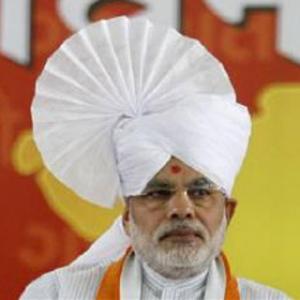 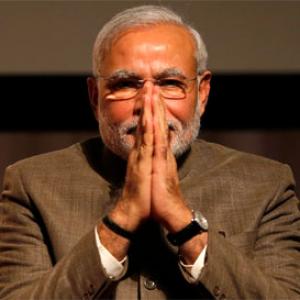