Farmers reel under double whammy of drought and fund crunch

Many farmers in drought hit states are seeking MGNREGA work but the state government’s coffers do not have enough fund to pay the salaries of these workers. States, particularly some affected by drought, are facing a shortage of funds in executing the Mahatma Gandhi National Rural Employment Generation Scheme (MGNREGS) even as the Centre is claiming that the money flow for the rural project has smoothened over the years.

Recently, Jharkhand, which has declared drought in 129 blocks spread over 18 districts out of the 24 in the state, recently wrote to the Union government, seeking an early clearance of funds for paying wages for August and October-November.

The state said in the drought-affected blocks, the demand for MGNREGS labour was expected to increase, due to which water and soil conservation works had been taken up in a big way.

But unless wage payments are done quickly, the scheme’s implementation could suffer.

The Centre, however, said in the last 15-20 days, lot of pending wages had been cleared and almost Rs 100 crore-150 crore was being released every day to the states for clearing wages.

“There has been additional demand for work due to drought in several districts of the country. For this we have sought extra funds from the finance ministry,” a senior official said.

He said adequate funds had been released to the states for making timely wage payments, while further funds would be released in the next few days.

The Central government had allocated around Rs 550 billion for the MGNREGS in 2018-19.

Of that around Rs 52,000 crore has been released to date, but with several states declaring drought due to low rainfall this year, the demand for MGNREGS works is bound to increase.

The Centre provides 150 days’ work under the MGNREGS in drought-affected districts against the usual 100 days.

So far Maharashtra and Jharkhand have sought Rs 8,000 crore and Rs 816 crore, respectively, as drought relief from the Centre.

Parts of Gujarat, along with south interior Karnataka and Bihar, are reeling from severe water stress because the southwest monsoon in these parts has been 20-30 per cent less than normal this year.

The rural development ministry has sought additional funds to meet the extra demand for work under the MGNREGS.

According to its estimates, Rs 3,000-Rs 4,000 crore from internal savings will be channelled back into the scheme.

“We have sent out requisition to the finance ministry for additional funds and it is being worked out,” a senior official said.

The civil society has repeatedly questioned the Centre’s claim of ensuring over 90 per cent timely payments on the grounds that it does not capture delays in wage pay-out entirely.

However, the system does not capture delay in releasing wages after receiving FTOs.

“This makes the ‘payment on time figure’ used by the ministry meaningless,” the MGNREGA Sangharsh Morcha said. 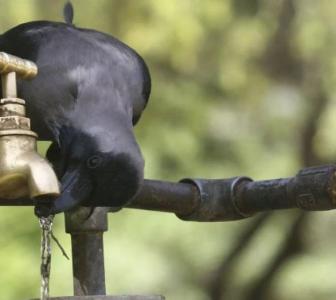 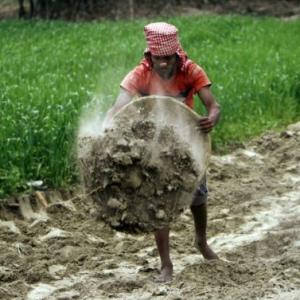 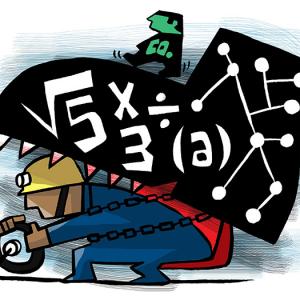