Essar's US unit files for bankruptcy

In 2007, Essar had said it would set up a $1.8-bn unit in Minnesota, but scaled down from a full-scale taconite steel mill project to pellet plant after the 2008 financial crisis In a setback, the Ruia family-owned Essar Steel Minnesota (ESML) has filed for Chapter 11 bankruptcy protection in the United States.

The filing follows Minnesota government’s decision to revoke Essar’s mineral leases for non-payment of dues worth $66 million. Essar had sought extension of leases for another nine months.

In 2007, Essar had said it would set up a $1.8-billion unit in Minnesota, but scaled down from a full-scale taconite steel mill project to pellet plant after the 2008 financial crisis.

The project was scheduled to start production from 2014 onwards. But cheap supply of steel from China made production unviable. Another North American Essar unit, Essar Steel Algoma, is also bankrupt and its steel mill is up for sale, according to media reports.

Essar group did not comment on the bankruptcy filing till this paper went to press. . Another India based group, Tata Steel, is facing a similar crisis with its British steel mill operations which are losing 1 million pounds a day. On Friday, Tatas decided to hold the sale and look for other alternatives.

Funds raised from the sale will be used to reduce the group’s India debt of Rs 88,000 crore (Rs 880 billion). The group says post refinery stake sale, its debt will reduce by half.

After the Indian government imposed restrictions on steel imports from China, Essar Steel has ramped up steel production at its Hazira, Gujarat plant to 70 per cent. Its earlier plan to sell 30 per cent stake in Essar Steel failed as there were no takers. 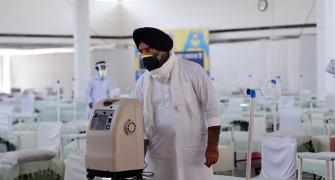 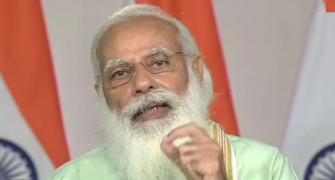 Can feel pain of those affected by Covid: Modi