Airbus's most popular single-aisle jet model, A320Neo with Pratt & Whitney engines, faces fresh scrutiny from the government after IndiGo reported another incident of a mid-air engine failure on Saturday.

A320Neo is the workhorse of IndiGo and GoAir. Together, they have over 500 such planes on order.

Minister of State for Civil Aviation Jayant Sinha has called a meeting to review the operations of the engines and to decide whether they pose any threat.

The IndiGo aircraft which suffered the engine failure was flying to Kolkata from Chennai. It had to return mid-way. The aircraft has been grounded because of damaged engine blades.

Sources said the regulator was contemplating a partial grounding of the fleet if the engine manufacturer, Pratt & Whitney, could not come up with an explanation.

"The regulator has taken note of the incident and it will be reviewed on Tuesday," Civil Aviation Secretary Rajiv Nayan Choubey said.

Asked if the government was contemplating to halt the deployment of the A320Neo, he said, "We will review the incident, but no such direction has been given as of now."

Pratt & Whitney and Airbus did not comment on the issue.

Last year, the Directorate General of Civil Aviation grounded around 14 A320Neo planes after the European safety regulator, the European Aviation Safety Agency, raised an alarm about the engine.

Sources said the Indigo aircraft's engine stalled mid-air, followed by a loud noise and an abnormal vibration in the engines.

"The engine suffered damage to its blades. Currently, it is waiting for a replacement at Chennai airport," said a source.

IndiGo confirmed the incident, but insisted that the pilot brought the engine to idle deliberately and followed the procedure.

Pilots of A320Neo planes have been asked by the engine manufacturer to bring engine to idle mode whenever they notice any malfunction. In its idle mode, the engine uses minimum thrust and power.

Though the problem has not been diagnosed, it is related to overheating of the compression chamber, according to sources.

Preliminary investigation of the incident by the enginemaker has found that the temperature of the rear-end of the dry face seal is increasing more than the front end, as it is not getting lubricated adequately.

So, Pratt is working on a modification of the seal that would increase the flow of oil, leading to higher lubrication in the rear end of the engine.

The new design will be released to operators only in early 2019, said a person aware of the development. 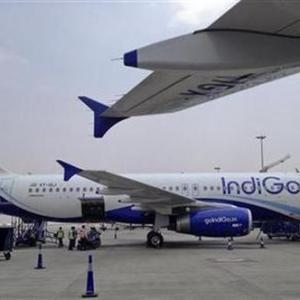