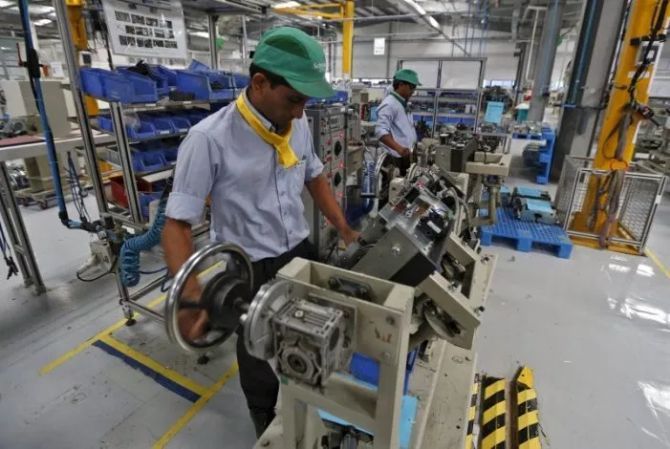 Some are calling it “leapfrogging” while others are describing it as “hitting a century”; nonetheless, the superlatives are falling short of describing what can be referred to as an achievement of the whole country.

Every segment is busy offering its views about the future impact of this feat.

Agencies and organisations in India and abroad are raising eyebrows and measuring the long and short benefits - heightened investor sentiment and larger-than-ever foreign direct investment inflows are just a few.

While the above lines are sufficient to describe the accomplishment being discussed, it seems pertinent to accord words to it.

The “Doing Business 2018” report, in its 15th year, has given India, India Inc as well as the world not just food for thought but energy enhancers (more than necessary for the right action), too.

Though winter seems to be setting in, the days have just got sunnier and the sheen of the country brighter.

Starting a business, dealing with construction permits, getting electricity, credit, paying taxes are just about half of the 11 areas of the “life of business” on the grounds of which the ease of doing business is gauged across 190 countries.

The ranking system by the World Bank Group is looked upon by not just the “judged” nations but their constituent factors, agencies and institutions as well, which by and large play significant roles in putting a particular country on a particular podium.

For the CEO of World Bank the initiative and the report might have come a long way, but from where the world sees India in its singularity, it has come a longer way in a short period of time.

The fastest single-year jump is no small a feat for a country that had witnessed a meagre three-point jump the year before.

A 30-point jump is not something you witness or come across on a year-on-year basis; when such an improvement in position is a rarity, it seems only valid to have a look at the directors backstage who have made the onstage performance possible.

The “Doing Business” report has always placed prominence on the quality of legal infrastructure and the strength of legal institutions.

Research has proved that companies in economies with better investor protection and stronger corporate governance experience lesser shrinkage in market value during financial crises, in contrast with firms in economies with weak legal structures.

One of the major developments in the Indian diaspora over the past year or so - between the reports of 2017 and 2018 - has been the enactment of the Insolvency and Bankruptcy Code, 2016.

Resolution of insolvency had been a contentious matter for long; the Code, however, acts as the perfect respite.

Insolvency has always been a bone of contention as far as the overall level of entrepreneurship and the preservation of jobs in the Indian economy are concerned.

Efficient regulation of corporate insolvency is associated with increased access to credit for firms and on better terms.

Creditors are more willing to lend because they are more likely to recover their loans.

The Code infused a new lease of life for companies on the verge of financial distress.

Considered to be a resolution law and not a recovery law, the Code has been a breather of sorts not just for financially distressed companies but their financial, operational and corporate debtors as well, apart from the employees.

Reducing the runtime and simplifying the processes therein, it is living up to the objectives of promoting entrepreneurship, ease of doing business and employment.

Since its enactment, about 3,000 cases have been filed with the National Company Law Tribunal, of which about 400 have already been guided on the path to revival.

On one hand, the report conceives that the establishment of debt recovery tribunals reduced non-performing loans by 28 per cent and lowered interest rates on larger loans, suggesting that faster processing of debt recovery cases cut the cost of credit; on the other hand, the role of insolvency professionals registered with organisations such as the Insolvency Professionals Agency of the Institute of Company Secretaries of India - a Section 8 company certified by the Insolvency and Bankruptcy Board of India - is no less than the law, regulatory bodies or the process itself.

The recently released report praised the Code for being introduced as a reorganisation procedure for corporate debtors and facilitating the continuation of a debtor’s business during insolvency proceedings.

It saw India jumping 33 points on the parameter of “resolving insolvency” compared to that of the previous year.

This could be considered a significant contributor to the overall score of the country.

While a feat such as this calls for celebration in the entire country, the goal to reach the top 50, set by the prime minister and reiterated by the finance minister, calls for exceptional efforts.

Shyam Agarwal is president, The Institute of Company Secretaries of India. 'Economically, India is going to be a significant force' 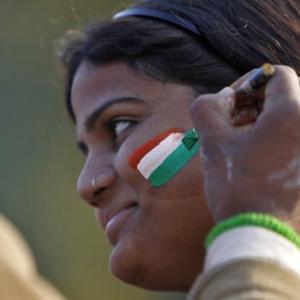 Ease of doing biz: 'Eventually we will be among top 50 nations' 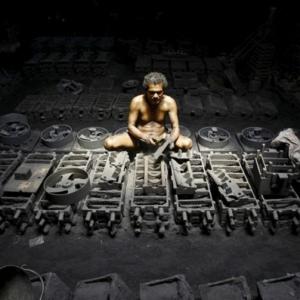 'If the eastern part of the country does well, India does well'