These unmanned aerial vehicles can fly at high speeds, detect intruders, do aerobatic maneuvers like loops, rolls, spins, and hammerheads effortlessly and communicate with each other intelligently. 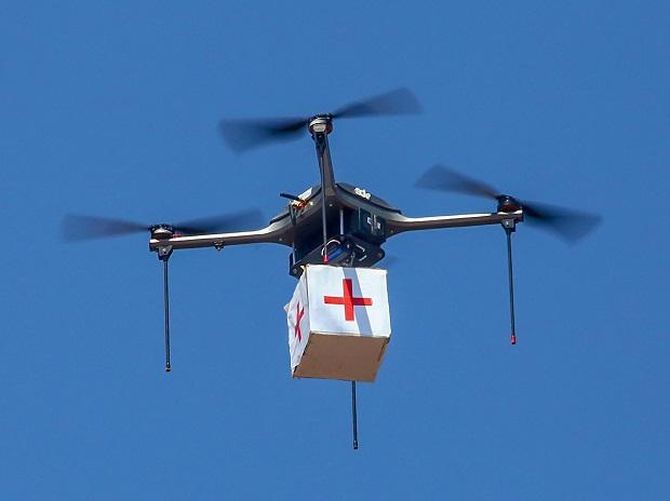 On a sunny Thursday morning, the display area at the Yelahanka Air Force station in Bengaluru, the venue of the biennial Aero India show saw the usual fighter jets and the aerobics planes taking a break to give way to hundreds of drones.

These unmanned aerial vehicles were participating at a unique Drone Olympics competition demonstrating their capabilities in various missions including surveillance, intrusion detection as well as providing relief items during rescue operations.

These UAVs could fly at high speeds, perform aerobatic maneuvers like loops, rolls, spins, and hammerheads effortlessly and communicate with each other intelligently.

This is for the first time that such a competition was conducted at Aero India.

According to the organisers, more than 120 applications were received out of which 57 suitable applicants were invited to participate in the competition.

In the real world, ‘Dhaksha’ has already performed several missions for surveillance using their indigenously designed and developed UAVs for disaster management during the 2015 Chennai floods.

“We are already providing agricultural services and now we plan to into defence industry as well,” said Prathyush Akepati, co-founder and CTO at Thanos Technologies.

In the surveillance category for the drones above 4 kg, team Drovengers Quad won the first place, while for drones below 4 kg, a Mumbai-based start-up Sagar Defence Engineering bagged the first position.

“Our mission is to move the world to the unmanned systems,” said Saurabh Patil, R&D electronic engineer at Sagar Defence.

UAS-DTU, a team of undergraduate students of Delhi Technological University devoted to developing indigenous technological solutions for UAVs, bagged the first spot for ‘flying formation challenge’, the last category of the competition.

In this category, several drones took off in the air, communicated with each other intelligently and formed various shapes in the sky autonomously.

A total prize money of about Rs 36 lakh was distributed among the winners and runner-ups of the competition.

The Drone Olympics, organised by Ministry of Defence, aims to encourage the UAV industry to connect with potential buyers and business partners in the country and also provide an opportunity to the Armed Forces to assess the capabilities of UAVs.

With 22.5 per cent of the world’s UAV imports, India tops the list of drone-importing nations, according to the data provided by the Stockholm International Peace Research Institute (SIPRI).

Industry experts say drone-related firms like the ones which participated in the Aero India can reduce India’s dependence on foreign UAVs.

“We saw some tremendous applications. So you need to have hundreds of startups and industries which can come up for building these applications,” said G Satheesh Reddy, Secretary, Department of Defence R&D and chairman, Defence Research and Development Organisation.

US defence giant Lockheed Martin is already wooing Indian talent in the area of drones.

“We invite the three teams to attend one of our events in the United States where our experts would help with set-up and activation,” added Lall.

According to 6Wresearch, India UAV market is projected to grow at a CAGR of 18 per cent during 2017-23. By 2021, the Indian UAV market is expected to reach $885.7 million, while the global market size will touch $21.47 billion, according to a study by BIS Research. 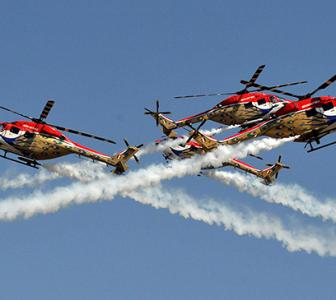 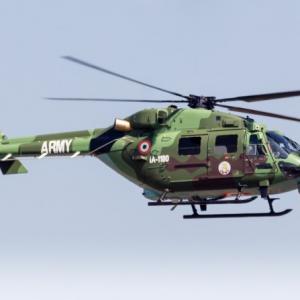