Demand vs reality: A sorry state of affairs under MGNREGA 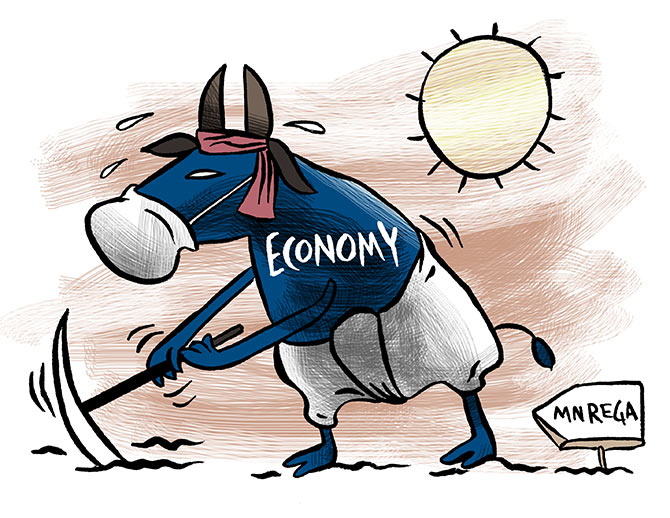 Generating 100 days of work, guaranteed under the Mahatma Gandhi National Rural Employment Guarantee Act (MGNREGA) for each household, has been a far cry so far, even as there is a demand for increasing the promised workdays to 200.

The national average has crossed 50 days only once in the last four years (50.88 in 2018-19, when the country witnessed drought in some parts); for the ongoing FY21, average workdays stood at a little over 18 as of Tuesday.

Migrant worker Md Gulzar, from Godda in Jharkhand, highlighted this sorry state of affairs, saying: “Majboori mein baahar jaana padta hai. Agar yehaan kaam milega to kyon baahar jayenge? Baahar mein kitna mushkil hota hai, ye humlog jaante hain. (We were forced to go out for a job. Why would we migrate, if we get a job (under MGNREGA) in our village? It is difficult to survive in other places).”

The average is taken on the basis of households which have job cards and are active, and not those demanding work.

For instance, 144.8 million people applied for job cards, so far, in the current financial year, but only 138.1 million received those.

Of them, there only 78.8 million job cards are active.

Active job cards mean the person holding it in a household has worked for even one day in any of the past four years.

Experts say a little over 18 days of work has been provided to each household on an average in the current financial year and that demand would rise exponentially once monsoon spreads across the country.

Then, even 100 days will fall short of demand, they say.

Right to Food Campaign's Siraj Dutta, a social activist from Jharkhand, said an average 4.78 days of work has been provided to each active job-card households in the state in FY21, so far.

Usually, in a year, work is provided for around 40-45 days to each active households in the state.

He said active job cards are around 40 per cent of total cards issued.

“Just 10 km from Ranchi, there is a surge in the demand for MGNREGA work as people have lost their usual occupation.

"The need is to provide work based on per person, and not per household,” said Dutta.

Workers in Jharkhand narrated their poor condition during a webinar organised by the Jharkhand Janadhikar Mahasabha, a platform for 30 organisations.

Bokaro-native Soharai Marandi, 37, had been working at an iron casting plant in Karnataka.

However, he was forced to stop work once the lockdown was imposed.

Asked whether he received food during the lockdown, he said: “Kiska kha rahe the, pata nahi. Baad mein pata chala ki hamara hi paisa kat gaya (I didn't know we were eating at whose expense. Later, I came to realise that money was deducted from my pending wages)."

Rajendran Narayan, assistant professor of Azim Premji University, said even in the pre-Covid era, the actual budget requirement under the MGNREGA was more than Rs 1 trillion.

“After the influx of migrants, this extra allocation of Rs 40,000 crore is welcome but still inadequate.

"If MGNREGA work demand is met, I am sure by November or December, this additional allocation will also get exhausted.”

The allocation has to be scaled up or else there could be cut down in work, he said.

In fact, the Congress president has demanded open-ended funding for MGNREGA schemes. 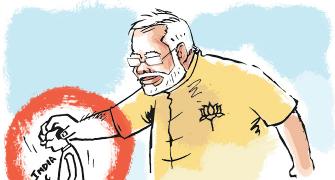 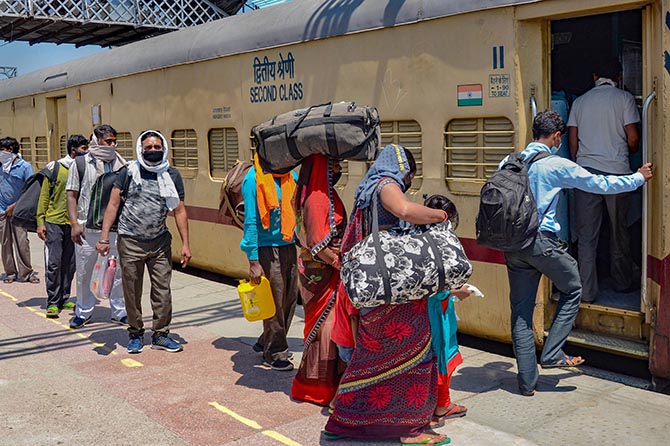 Sops India Inc is giving to woo back labour