The wholesale price-based inflation rose for the second consecutive month in February to 4.17 per cent, as food, fuel and power prices spiked. 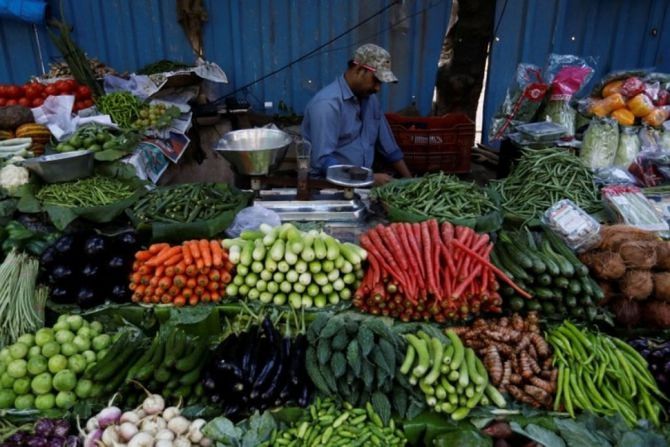 The wholesale price-based inflation rose for the second consecutive month to a 27-month high of 4.17 per cent in February, as food, fuel and power prices spiked.

After witnessing months of softening of prices, the food articles in February saw 1.36 per cent inflation. In January it was (-) 2.80 per cent. 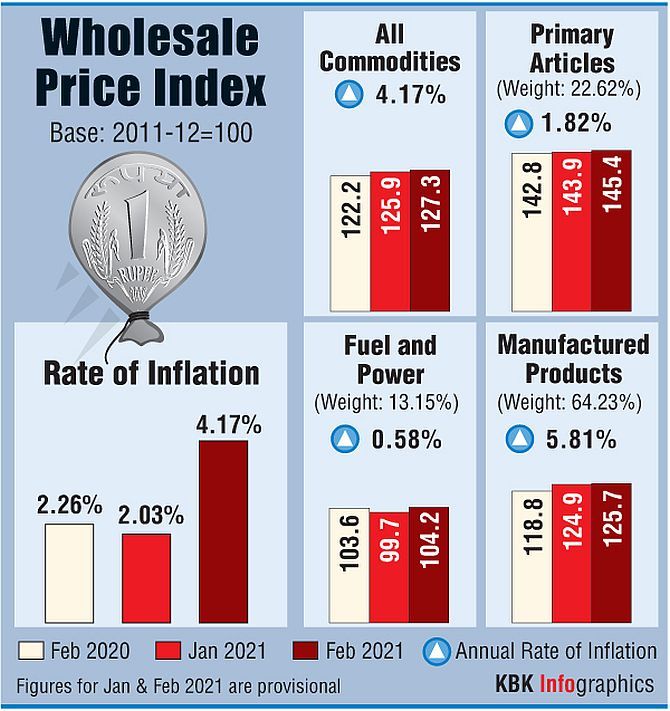 Inflation in the fuel and power basket was 0.58 per cent in February, against (-) 4.78 per cent in January on rising prices of petrol and diesel.

Petroleum product prices have reached historic highs as international crude prices have surged in recent months and due to high indirect taxes both at the centre and state level.

ICRA Ltd principal economist Aditi Nayar said the doubling in the WPI inflation in February reflects the rise in commodity prices brought on by the global risk-on sentiment, hardening of crude oil and fuel prices, as well as a fading of the favourable base effect for food items.

Core inflation was at 5.5 per cent in February.

"Steep month-on-month upticks in items such as fibres and oilseeds do not bode well for the CPI inflation. 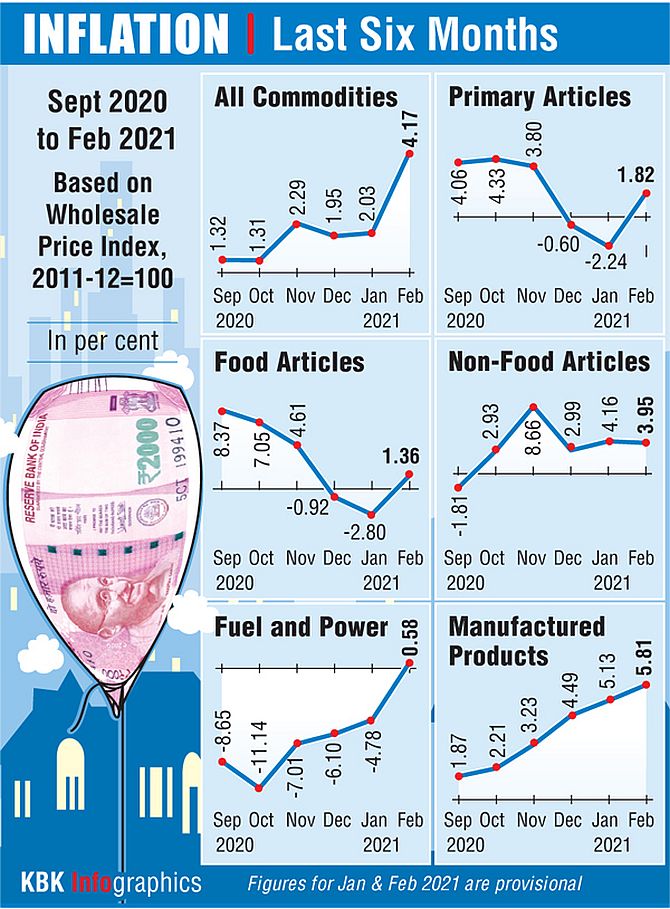 “We maintain our view that inflation dynamics will rule out any further rate cuts, with a status quo expected through 2021.

“Looking ahead, we expect large upticks in the WPI inflation over the next three months, as the wedge between the commodity prices and their year-ago level intensifies," Nayar said.

ICRA expects the headline and core WPI inflation to rise to around 6 per cent each in March 2021.

The headline WPI inflation is expected to harden further to around 9-9.5 per cent, and the core-WPI inflation is likely to climb to 7-7.5 per cent by May 2021, before displaying a more gradual moderation to 4 per cent each by the end of 2021, Nayar added.

ITM B-School HoD Prof Krupesh Thakkar said "we still hold our view of RBI's Monetary Policy Committee's stance of accommodative policy with no change in short-term interest rates when they meet in April 2021. 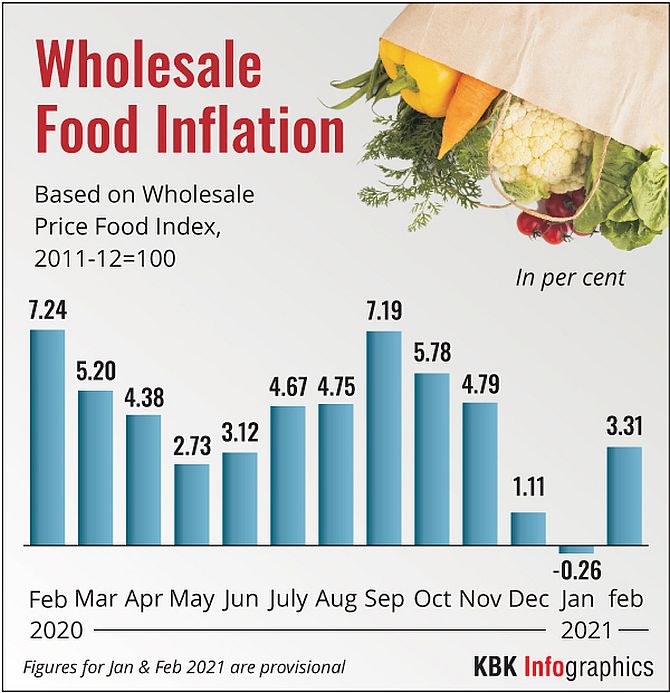 “However, some emphasis would be given on rising fuel prices and its impact on other products".

The Reserve Bank of India (RBI) in its monetary policy decision on February 5, kept interest rates unchanged for the fourth consecutive meeting and said that the outlook for core inflation is influenced by the escalation in cost-push pressures seen in recent months.

Retail inflation, based on the consumer price index, was at 5.03 per cent in February, up from 4.06 per cent in January, data released last week showed.

Source: PTI© Copyright 2021 PTI. All rights reserved. Republication or redistribution of PTI content, including by framing or similar means, is expressly prohibited without the prior written consent.
Related News: WPI, RBI
Print this article 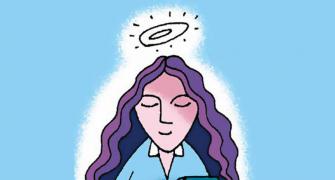 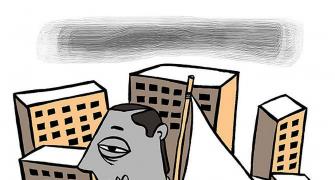 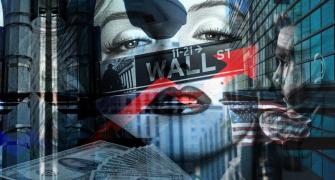 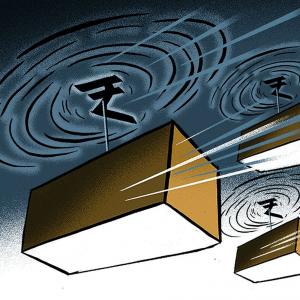 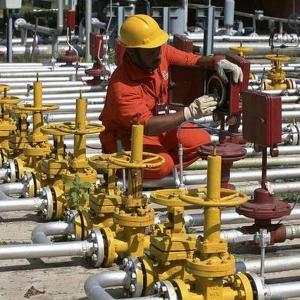