With the government's Rs 20 lakh crore stimulus package, the country's fiscal deficit is likely to be more than double to 7.9 per cent in the current financial year, according to an SBI research report.

The report had earlier estimated the fiscal deficit to be 3.5 per cent of GDP this fiscal.

The government has announced a cumulative package of Rs 20 lakh crore, which is nearly 10 per cent of GDP to provide relief to various segments of the coronavirus-hit economy.

"After taking into account cash outflow of these measures as well as the previous and the recent excise duty hike and DA freeze (amounting to around 0.8 per cent of GDP), we now revise our baseline fiscal deficit (excluding extra budgetary resources (EBR)) to 7.9 per cent of the revised GDP in FY21 from 3.5 per cent earlier, owing to lower revenues and higher expenditure against the backdrop of COVID-19 pandemic," the SBI's research report Ecowrap said.

Baseline fiscal deficit based on CSO's earlier estimates of GDP is around 7.1 per cent of GDP, it added.

"We estimate a 4.5 per cent direct impact on fiscal deficit purely because of revenue shortfall / automatic fiscal stabilizer and a 0.9 per cent indirect effect because of GDP change," the report said.

"The cumulative actual fiscal impact is only around Rs 1.14 lakh crores or 0.6 per cent of GDP," the report said.

The government has announced an additional borrowing of around Rs 4.2 lakh crore or 2.1 per cent of GDP.

The report further said with higher deficit, the issue of a sustainable debt limit arises.

The government debt as a percentage of GDP has been on a rising trend since FY11.

During the same time period interest rate (repo rate) has declined from as high as 8.5 per cent to as low as 6 per cent, the report said.

"This raises two related questions: how much government debt can India sustain?

“Does the decline in nominal interest rates following the possible financial crisis originating due to COVID-19 mean that the government can safely borrow more?" it said.

It said there have been studies which show that if the difference between interest rate and nominal growth rate is negative then there is no level of debt which is unsustainable, that is the government can borrow easily.

Only if the differential becomes positive then the question about maximum sustainable debt exists.

"Thus, in India as we expect the ratio to become positive by end-FY21, we would have to look into the upper limit of debt which is sustainable. Against this background, it is imperative that we give growth a definite push," the report added.

Source: PTI© Copyright 2020 PTI. All rights reserved. Republication or redistribution of PTI content, including by framing or similar means, is expressly prohibited without the prior written consent.
Related News: GDP, SBI, FY21, FY11, CSO
SHARE THIS STORY
Print this article 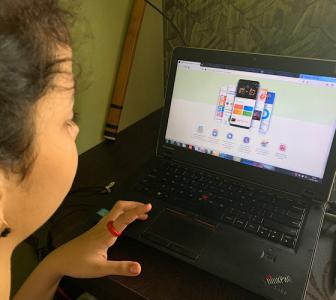