While long term solution depends on each one of us altering our consumption patterns, the future depends on next generation technologists and entrepreneurs creating business models that naturally reduce the green house gas emissions.

While the political scene in India has been busy with the ‘coalgate’ dimension of carbon, our planet has quietly crossed a scary threshold. On May 9th the amount of carbon dioxide in the earth’s atmosphere became more than 400 parts per million.

The US National Oceanic and Atmospheric Administration, which has maintained data on carbon in the atmosphere for the last 55 years, has said that this is the highest reading ever recorded. 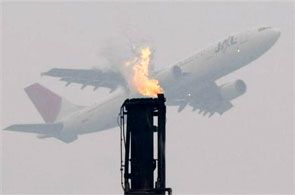 Scientists estimate that the earth last witnessed such a level of carbon in the atmosphere about three million years ago.  At that time the polar ice caps were much smaller and the sea level was about 20 to 40 meters higher than it is now.

Even at the dawn of the industrial revolution, about 250 years ago, it is estimated that there were  280 parts per million  (ppm) of carbon in the atmosphere. This has dire implications for life on earth and for the commercial sector - which will have to operate in more and more unpredictable circumstances.

“We are in the process of creating a prehistoric climate that humans have no evolutionary experience of,” Bob Ward, policy director at the Grantham Research Institute on Climate Change and the Environment at the London School of Economics told Bloomberg News a few days ago.

Bob Watson, former chairperson of the Inter-governmental Panel on Climate Change (IPCC) has expressed concern that as CO2 levels continue to rise it becomes more likely that the surface temperature of earth will increase by 3 to 5 degrees celcius, as compared to pre-industrial times.

Some scientists have estimated that if carbon levels are between 400 to 440 ppm there could be a sea level rise of as much as 1.7 meters. This would threaten coastal cities like Mumbai and New York. It would put large parts of Bangladesh under water.

These trends are made still more grim by the sluggish pace of international negotiations for a new global treaty to reduce green house gas emissions.

Meanwhile there is little or no shift in some of the industries that have the highest emissions - such as aviation. According to the Indian Network on Ethics and Climate Change (INEC), aviation emissions have more than doubled in the last twenty years and the sector accounts for 4.9 per cent up to 14 per cent of total worldwide emissions contributing to climate change.

“If it is left unregulated, aviation emissions may quadruple by 2050 forming by then a very significant proportion of a global carbon budget. Global targets to reduce emissions within the aviation sector urgently need to be tabled” says a statement by INEC, which is coalition of NGOs. 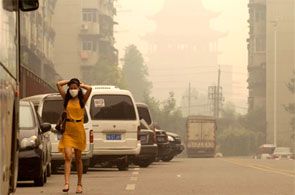 So far, the mandated UN Agency ICAO (International Civil Aviation Organization) has failed to agree on any binding measures to control greenhouse gas emissions over the next 15 years.

The EU has implemented a regional scheme to address emissions from international aviation but this has led to international indignation about allegedly unfair practices. It is estimated that  just about 3 per cent of the world’s people fly around and thus generate emissions through aviation. But the ill-effects of climate change will mostly afflict the remaining 97 per cent who are relatively less well off or poor.

Lord Nicholas Stern, who heads of the Grantham Research Institute, has warned that if sea levels rise there will be massive movements of climate refugees.  Last week,the Guardian quoted Lord Stern as saying that “When temperatures rise to that level, we will have disrupted weather patterns and spreading deserts. Hundreds of millions of people will be forced to leave their homelands because their crops and animals will have died. The trouble will come when they try to migrate into new lands, however. That will bring them into armed conflict with people already living there. Nor will it be an occasional occurrence. It could become a permanent feature of life on Earth.”

India is potentially in dire straits because at present coal contributes over half of our primary commercial energy. While the use of renewable energy is increasing it is widely recognized that coal will continue to be India’s main source of energy for at least the next two decades.

According to a report titled “Black and Dirty: the real challenges facing India’s coal sector” Indian coal mines have a very poor record of environmental compliance with severe weaknesses in the environmental monitoring mechanisms.

“Air pollution levels in areas close to coal mines almost invariably exceed the permitted levels significantly and are often more than twice the permitted levels. Water quality levels are equally poor” says the report which has been published by Prayas -- a highly respected non-profit research institution based in Pune. Introduction of technologies that minimize the carbon emissions from coal plants would not be a total solution but it would help.

Rajendra Pachuri, who headed the IPCC, responded to the news of carbon in the atmosphere crossing the 400 ppm level by expressing the hope that this will help to raise awareness and promote more rapid actions to mitigate climate change.

A general increase in awareness would help. But the long term solution depends on each one of us altering our consumption patterns. But above all, the future depends on next generation technologists and entrepreneurs creating business models that naturally reduce the green house gas emissions. 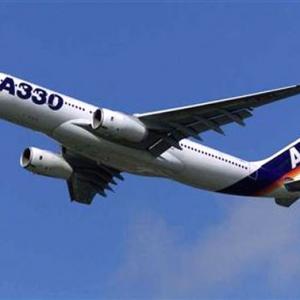 Airbus to China: We support you, please buy our jets