The firm has set its eyes on emerging categories such as juices and plans to develop a stronger total portfolio, participating across multiple categories. 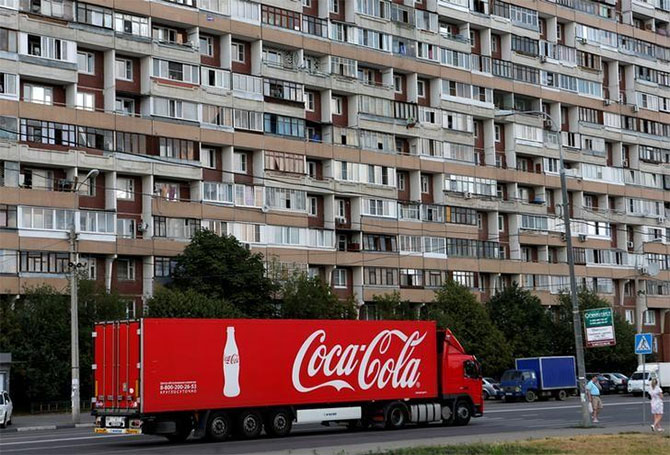 The country’s largest beverage maker Coca-Cola entered a new phase on May 1 with a major reshuffle in its leadership positions.

As James Quincey, the elected chief executive officer (CEO) of The Coca-Cola Company, takes charge from Muhtar Kent at its global headquarters in Atlanta, USA, the firm’s India headquarters at Gurgaon, too, will have a new head, a coincidence that has rarely been witnessed.

While changes in managerial positions and the organisational structure have been under way during the past few quarters in the local unit, the latest move comes at a time when CEO-elect Quincey is setting a new direction for Coca-Cola.

“This is a very important period in our company’s evolution globally. James is already very active in setting a direction for us.

Our top priority is to deliver growth by meeting consumer needs in a broader way than we have done before.

The focus ahead would be in much more consumer-oriented business and catering to the needs of people around the world by delivering beverage solutions,” said John Murphy, president, Asia Pacific Group, The Coca-Cola Company.

With changing consumer preferences and drinking habits, globally as well as in India, Coca-Cola is now attempting to further strengthen its portfolio outside its core carbonated beverages.

According to Murphy, the firm has set its eyes on emerging categories such as juices and plans to develop a “stronger total portfolio, participating across multiple categories”.

And emerging markets like India have a key role to play in its new-found direction. “In India we already have a developing portfolio in a number of categories and we see tremendous potential (for growth) ahead,” he said.

Coca-Cola India has been working on a revamp of its portfolio by expanding its offerings since 2015. It has launched a number of new categories like milk-based drinks (Vio), coconut water (Zico), zero-sugar fizzy drink (Coke Zero) and cold tea (Fuze Tea) under Kini’s leadership. It is also planning to launch the first juice-based fizzy drinks in the next few months in India.

During 2016-17, Coca-Cola’s performance in the region, in terms of sales, remained muted. While it started the year with a three percentage point progress in volumes in April-June, it remained below par as summer months account for nearly 40 per cent of branded cold beverages sales in the country.

During July-September 2016, its sales declined by four per cent. The company did not reveal the October-December numbers for India.

Hindustan Coca-Cola Beverages, the company-owned bottler that produces nearly 65 per cent of its drinks by volume, reported a 28 per cent plunge in profit, year on year, from Rs 241 crore (Rs 2.41 billion) to Rs 174 crore (Rs 1.74 billion).

With a new management in place, Murphy expects to steer the company back into double-digit growth in the next three years.

“It is important to ensure that we have the right people and capabilities in the right places. With any change, we continue to look at how effectively we can execute,” he said.

However, short-term headwinds loom with the proposed implementation of the goods and services tax in 2017.

According to Irial Finan, president, Bottling Investment Group, such drastic changes in taxation structure may impact business for some months, just like demonetisation.