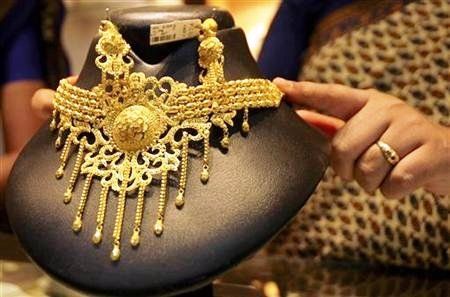 Cash purchases of jewellery will attract 1 per cent TCS (tax collected at source) from April 1 if the amount exceeds Rs 2 lakh, as against the current threshold of Rs 5 lakh.

Once the Finance Bill 2017 is passed, jewellery will be treated on par with general goods which attract 1 per cent TCS on cash purchase of above Rs 2 lakh.

The Bill seeks to do away with the threshold of Rs 5 lakh on jewellery purchases for applicability of TCS because the Union Budget 2017-18 has proposed to ban cash dealings of over Rs 3 lakh and make violations punishable with a penalty of an equivalent amount to be paid by person receiving the cash.

However, as there is no special provision for TCS on its purchase, jewellery is now being clubbed in general ‘goods’ on which 1 per cent TCS is triggered if a single transaction exceeds Rs 2 lakh in cash.

In a bid to check generation of black money through large transactions, after the Budget proposal to scrap the previous threshold of Rs 5 lakh is approved by Parliament.

With this move, the TCS threshold for jewellery will be brought at par with that of bullion from April 1.

However, the Budget for 2016-17 had imposed TCS of 1 per cent on goods and services purchased in cash over Rs 2 lakh.

The Finance Bill 2017 states that current provisions provide for ‘tax collection at source at the rate of one per cent of sale consideration on cash sale of jewellery exceeding Rs 5 lakh. It is proposed to omit the said clause in view of restriction on cash transactions as proposed to be provided’.

Presently, Section 206C sub section (1D) of Income Tax Act, 1961 provides for a seller collecting from the buyer 1 per cent of sale consideration as income tax if the amount paid for bullion exceeds Rs 2 lakh in cash and for jewellery if it exceeds Rs 5 lakh in cash.

The same section also provides for 1 per cent TCS on cash paid in excess of Rs 2 lakh for any goods other then bullion and jewellery.

With the amendment proposed in the Finance Bill 2017, jewellery purchase of over Rs 5 lakh in cash is being omitted from the ambit of TCS but will now be classified as ‘other goods’ and the 1 per cent levy be provided if cash consideration is over Rs 2 lakh.

Explaining the reason behind removing TCS on jewellery, the Finance Bill 2017 said that in India the quantum of domestic black money is huge which adversely affects the revenue of the government creating a resource crunch for its various welfare programmes.

‘In order to achieve the mission of the government to move towards a less cash economy to reduce generation and circulation of black money, it is proposed to insert section 269ST in the (Income Tax) Act to provide that no person shall receive an amount of Rs 3 lakh or more in aggregate from a person in a day in respect of a single transaction or in respect of transactions relating to one event or occasion from a person,’ the finance bill states.

These restrictions however would not apply to government, any banking company, post office savings bank or co-operative bank.

“It is also proposed to consequentially amend the provisions of section 206C to omit the provision relating to tax collection at source at the rate of one per cent of sale consideration on cash sale of jewellery exceeding Rs 5 lakh,” it said.