Here's how to decode the Budget numbers

First, some arithmetic. On paper, the government's FY12 budget targets a consolidation not achieved in the past two decades. 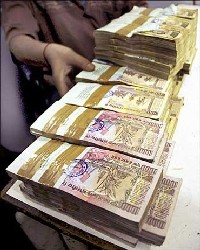 Excluding these (as it is done in almost every other country) the outturn is 6.7 per cent of GDP. The FY12 budget aims for a deficit of 4.6 per cent of GDP, which contains 0.4 per cent in disinvestment, the only asset sales.

Let's say, the general fiscal multiplier is 0.6 that includes the crowding in effect of the lower fiscal deficit on private investment.

This should imply a reduction in GDP growth of around 1 per cent! So, in this budget the government is engineering to slow the GDP growth to 7.5 per cent from last fiscal's estimated growth of 8.5 per cent.

But the budget expects GDP growth to be 9 per cent! Where am I going wrong?

Previously, in this paper and elsewhere, I have argued that the current high inflation is an unsurprising consequence of loose monetary and loose fiscal policies pushing the economy to grow beyond its capacity.

A 1 per cent engineered reduction in demand should help bring down the inflation rate from this year's average of 9 per cent to closer to the government's comfort zone of 5 to 6 per cent. Yet, I am not jumping with joy.

Yet, I have this nagging suspicion that this is not what the government intended to do in this year's budget - reduce growth and curb inflation.

I guess there is this nagging suspicion that the arithmetic adds up just too nicely. To begin with, tax revenue is expected to grow by 18 per cent on the back of a 14 per cent rise in nominal GDP.

This is a pretty strong buoyancy assumption. One typically sees such increases in buoyancy coming out of an economic slowdown as in FY11 not going into a slowdown.

But this is not as bad as it looks. The nominal GDP growth is likely to be higher than 14 per cent on continued high inflation, so even if the buoyancy comes lower, the budget target won't be missed much.

The government has assumed another year of Rs 40, 000 crore (Rs 400 billion) in disinvestment. With several big-name IPOs postponed to FY12, this too, looks achievable.

The real problem is expenditure. It grows only 3.5 per cent. True that quite a bit of money transferred to states for spending in FY11 has not happened but really, 3.5 per cent!

Even if we conservatively estimate that in FY12 crude will average $95 a barrel, the estimated oil subsidy comes to Rs 63,000 crore (Rs 630 billion) and not Rs 14,000 crore (Rs 140 billion) that will be left over after paying this year's arrears.

The second egregious omission is the actual estimate for the National Rural Employment Guarantee Act (NREGA). It has been kept at last year's level of Rs 40,000 crore (Rs 400 billion).

At the same time, by linking the NREGA to CPI inflation (the formula has not been determined, which is presumably the reason for keeping the estimate constant), the allocation should go up at least another Rs 15,000 crore (Rs 150 billion) even if the number of recipients remain unchanged.

The budget also plays the same card regarding the cost of the Right to Food Security Act. On the grounds that this Bill has not been discussed in Parliament, the budget is silent on the amount of additional food subsidy needed.

Even if the Act comes into operation only in the second half of this year it could well mean another Rs 10,000 crore (Rs 100 billion) in additional spending.

Ah! Now this makes sense. For a moment I was really worried that the government was truly planning to cut back GDP growth by 1 per cent and reduce inflation.

In a world in which supplementary budgets have become institutionalised the government can play such number games. But such games do tax (no pun intended) the government's credibility in the end.

For now, we should seek solace in the fact that none of these risks will materialise in the coming few months, i.e. not before the first supplementary budget in October.

After that bond yields and lending rates could go through mayhem, but I guess the Reserve Bank will once again bail out the government through their generous open market operations.