News
Business
Movies
Sports
Cricket
Get Ahead
Money Tips
Shopping
Sign in  |  Create a Rediffmail account
Rediff.com  » Business » Why India's auto sector will continue to drive in the slow lane

Vehicle sales have been hampered by weak consumer sentiment and still-weak availability of financing following tighter liquidity at non-banking lenders since the middle of 2018. The slowing economy and weakening consumer sentiment will continue to weigh on auto sales and the marginal improvement seen in December quarter, driven by festive discounts, is unlikely to sustain, a report said on Wednesday.

The GDP growth slowed down to 6.1 per cent in 2018-19 and is projected to hit a 10-year low of about 5 per cent in 2019-20, primarily due to falling consumer demand and poor financing options for high-value items like automobiles.

"Slowing growth and weak consumer sentiment will continue to weigh on auto sales and the marginal improvement seen in the December quarter driven by festive discounts is unlikely to sustain," Fitch said in a report, without stating when the volumes will begin to pick up or how long the slump will persist.

Vehicle sales have been hampered by weak consumer sentiment and still-weak availability of financing following tighter liquidity at non-banking lenders since the middle of 2018.

The sector also faces additional challenges from the adoption of stricter emission standards from April 1, the report said.

Automakers could also face production disruptions if the novel coronavirus outbreak in China leads to a prolonged halt in supply of required auto components, as the industry sources as much as 27 per cent of its demand from China worth around $5 billion, according to many analysts.

Many auto original equipment manufacturers (OEMs) like Mahindra have warned that if the Chinese epidemic lasts beyond February and if the supplies don't normalise by early March, the transition to BS-VI will be a challenge and they may have to move the Supreme Court to get some concession to sell BS-IV models beyond April 1 deadline.

In fact, Mahindra was on record saying if the epidemic lasts beyond this month, as much as 4,000 BS-IV models will be hit as it sources two critical components from China.

A strong 28 per cent growth in utility vehicle (UV) sales partly offset the decline in passenger vehicle (PVs) as customers continue to prefer UVs to traditional sedans and hatchbacks, helped by new launches by existing carmakers and new entrants like Kia and MG Motor.

"In our view, the risk of industry-wide production and sales disruption due to the adoption of the BS-VI emission standard is low because most manufacturers have already developed compliant models and launched several of them well ahead of the deadline," Fitch said.

Nonetheless, higher price tags for these new models, which may cost up to 15 per cent more for diesel variants, are likely to weigh on demand, Fitch added.

"BS-VI transition is likely to push prices for two wheelers higher by up to 10 percent, which will dampen demand recovery, especially in rural areas where the availability of vehicle financing is still weak," it added.

Increased cost, weak demand and intense competition can also squeeze automakers' profitability, although they appear to be taking a disciplined pricing approach so far.

"We believe the OEMs' focus on reducing inventory, reflected in output cuts in recent quarters, will mitigate the risk of unsold inventory that does not comply with the new emission standard," the report said.

Ruling out major impact of the coronavirus outbreak on domestic companies, Fitch said OEMs source only 10-15 per cent of their components from China, mainly electronic components, and typically keep around 30 days of imported inventory.

Besides, they have built some buffer in anticipation of the planned closures during the Chinese new year holidays.

But if shortages last beyond February, production disruption can happen and lead to higher costs, it said. 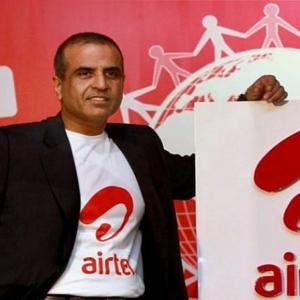