The NuvoSport instantly reminds one of the rather forgettable Quanto, especially when viewed from the side or rear.

After decades of playing around in the UV market, desi automaker Mahindra managed to grab an equally strong foothold in the highly competitive passenger SUV market as well.

It was also amongst the first in the country to introduce an SUV, complying with the sub 4-metre rule.

Called the 'Quanto', it was nothing but a Xylo with a chopped rear.

However, it didn't do too well, clocking dismal sales figures.

Now that Mahindra has got some traction in the segment with the TUV300, it wants to try its luck again with the NuvoSport. 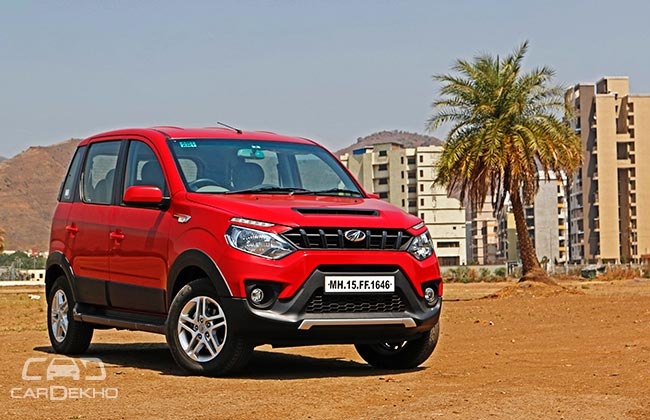 Is it more than a rehashed Quanto?

The NuvoSport instantly reminds one of the rather forgettable Quanto, especially when viewed from the side or rear.

The biggest change lies under the skin in the form of the chassis from the new Scorpio.

Cosmetically, it is the reworked front end that grabs the most attention.

The Xylo like face is ditched altogether for an entirely new fascia, that houses the trademark toothy grille, a functional air vent on the bonnet, and eyebrow LED daytime running lamps.

We really like the black applique as well as the matte-silver skid plate, that give the NuvoSport an aggressive face.

Like we mentioned before, the side and the rear remain relatively unchanged.

Overall, the NuvoSport isn't as much of an oddball as the Quanto. It is quirky, but likeable. 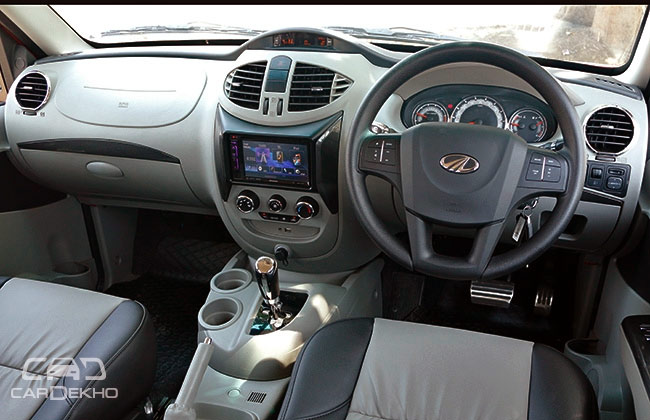 We really wish Mahindra had updated the design of the dashboard on the NuvoSport. The dash is a copy-paste from the Xylo which doesn't look all that great, especially when you compare it to its rivals such as the VitaraBrezza and the Ford EcoSport. Our second complaint is with quality. Mahindra's own TUV300 fares much better in this regard.

The equipment on offer is more or less what is expected from an SUV in this segment.

However, we do miss features such as automatic climate control and rear air-conditioning.

Just like the Xylo and the Quanto, one has to climb inside the NuvoSport.

Once inside, you quickly realise the USP is space. You get acres of space in the first two rows.

For reference, two six-footers can sit behind each other without a fuss. Being amongst the widest cars in its class, it can genuinely accommodate three people in the second row as well.

The second row gets a 60:40 split and can recline as well! The last row is barely usable for an adult.

However, kids could sit here in relative comfort. With the third row folded away, boot space is a healthy 421-litres.

Overall, the interiors are immensely practical. That said, we wish Mahindra upped the plastic quality and included more for the price. 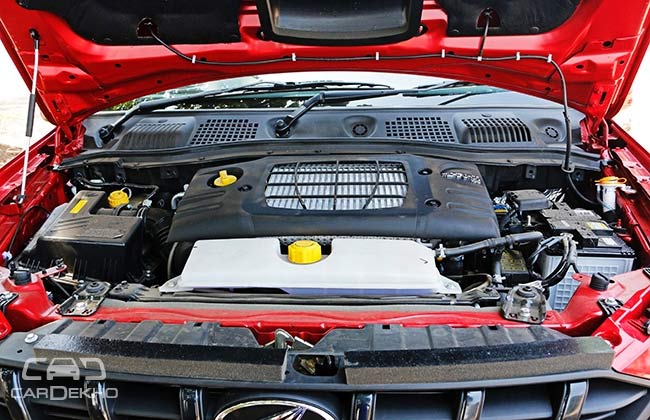 The NuvoSport is powered by a three-cylinder diesel motor called the mHawk100.

Essentially the same engine as the TUV300, it gets a different map that lets it produce 100bhp and 240Nm of torque.

You can pick either a 5-speed manual or an AMT. We took the latter for a spin to see how it fared.

The NuvoSport has an extremely torquey engine, that is sadly let down by the transmission.

All of the 240Nm of torque kicks in very early in the rev range and you can potter around town happily without breaking a sweat.

Both the engine and the gearbox are evidently tuned for efficiency.

Drive it around with a feather-light right foot and the performance is acceptable.

Mash the throttle down however, and the gearbox revs the socks off the engine. 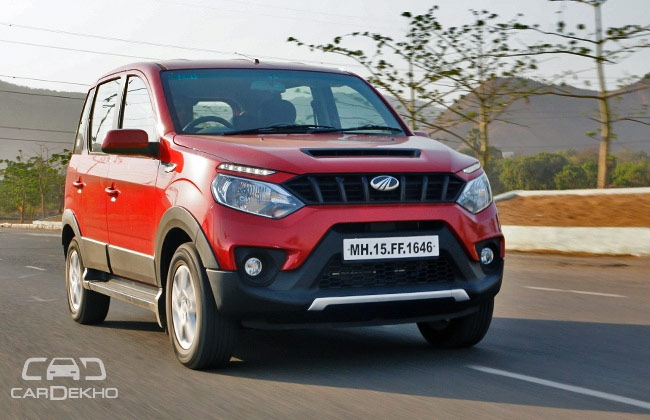 Simply put, the NuvoSport AMT is better off ambling about the city than tearing down an expressway.

Speaking of which, the steering is wonderfully light that lets you manoeuvre it effortlessly. We wish the turning radius was slightly tighter.

Taking U-turns can be quite a workout. The suspension is tuned to be soft, that soaks in minor bumps and undulations well at low speeds.

However, as the speeds climb, the ride gets choppy that tends to throw the occupants around.

Pick the AMT variant only if you commute through bumper to bumper traffic all the time.

If not, the manual does a brilliant job of exploiting the motor's potential. 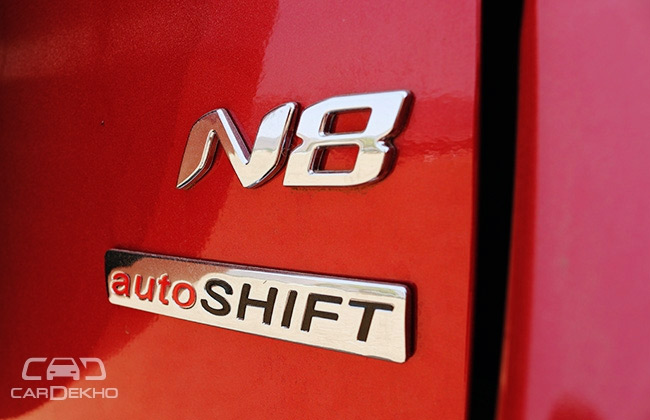 The Mahindra NuvoSport is slightly overpriced for what it offers.

With the competition offering far better build quality and a longer feature list, we wish Mahindra had upped their game a bit.

To sum up, the NuvoSport does a fairly good job of being a seven-seater commuter.

It is what the Quanto should have been all along.