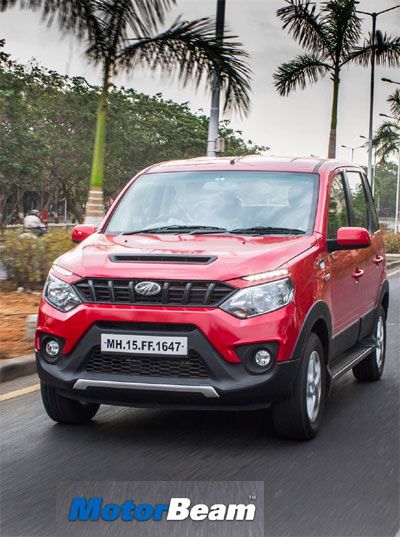 The Mahindra NuvoSport is considered a classic case of lost identity by many experts. It is neither refined enough to play along with the big SUVs nor is it cheaper to buy to make it a mass market product. Thus Indian automobile website MotorBeam.com decided to give the car a fair chance and reviewed it to unravel its nitty-gritty. 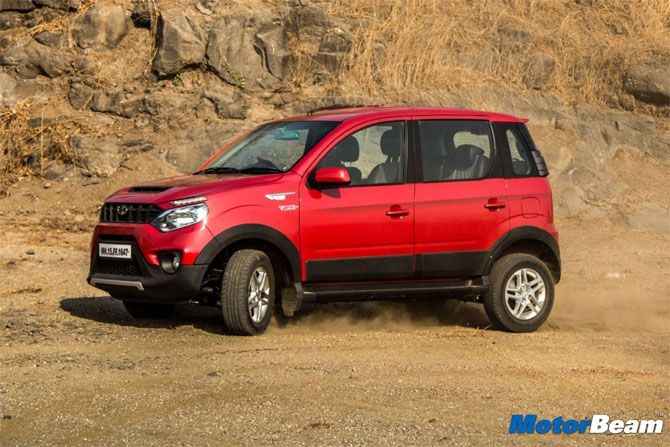 Mahindra is known to follow a policy of constantly looking out for newer market segments and grasping the first mover advantage by doling out products at a very fast pace. This often results in product overlap and cars with confusing identities. But Mahindra does not seem to care about that as long as the customer stays in the same showroom.

Thus one of those cars is the recently launched NuvoSport sub 4-metre 'SUV', which has put many people in two minds as the TUV300 is supposed to be the rough and tough ladder-on-frame compact SUV from the Indian automaker.

On the outside, the Mahindra NuvoSport has the unmistakable silhouette of the erstwhile Quanto. As with other Mahindra vehicles, the design of the vehicle is extremely polarising - you either hate it for its Quanto like profile or like it for its butch front-end.

Keen eyed people will make out the fact that except some mild sheet metal changes, the body shell of the car is virtually the same as that of the Quanto, with some obligatory plastic cladding attached to doors and wheel arches.

Major part of the design changes are seen in the front, in form of a new 'angry' looking grille with a wide airdam, skid plate and integrated foglams. Also making an appearance are the hood-scoop and DRLs. In the rear, the tail-lights are same as that of the Quanto but now sport a blackened-out treatment to cut the visual bulk somewhat. 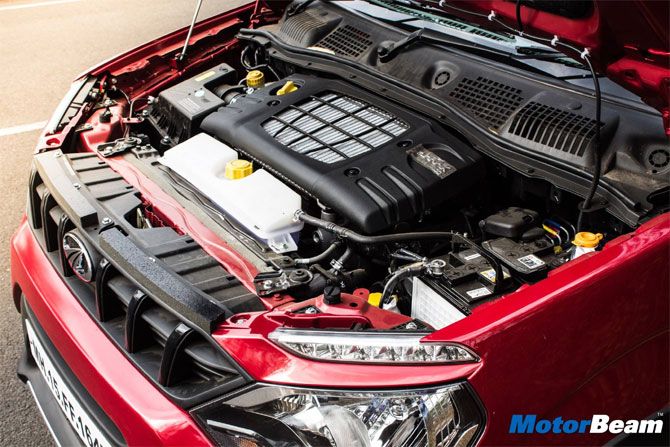 Inside, the car is almost the same as the Quanto with some equipment and design upgrades spread here and there. Mahindra has lifted the AC switchgear and steering wheel from the TUV300 that has controls for the infotainment as well as cruise control system.

The infotainment unit is an aftermarket-looking Kenwood unit which has a cumbersome user interface and surprisingly, no GPS navigation. 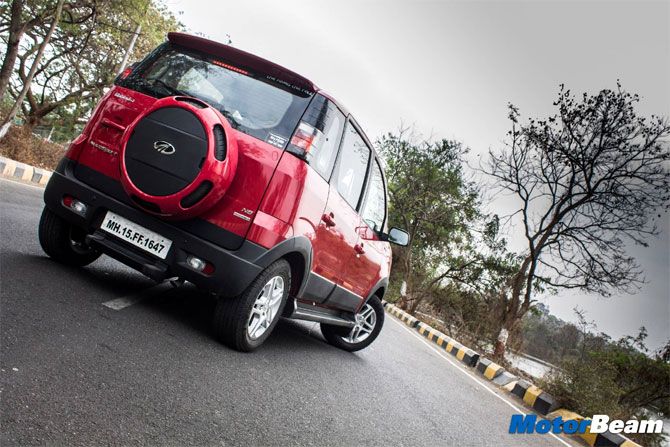 Like other Mahindra vehicles, the front seats have a good view of the road ahead and visibility all around is good too. The rear seats have fantastic legroom, headroom and shoulder room. There are also jump seats in the third row which should be avoided by adults at any cost.

In the business end of things, the NuvoSport comes with the same 1.5-litre, 3-cylinder engine which did duty on the Quanto but now gets a dual-mass flywheel. The engine has good amount of low end punch, but on highway conditions, the car struggles to gain more speed and one has to plan overtakes. 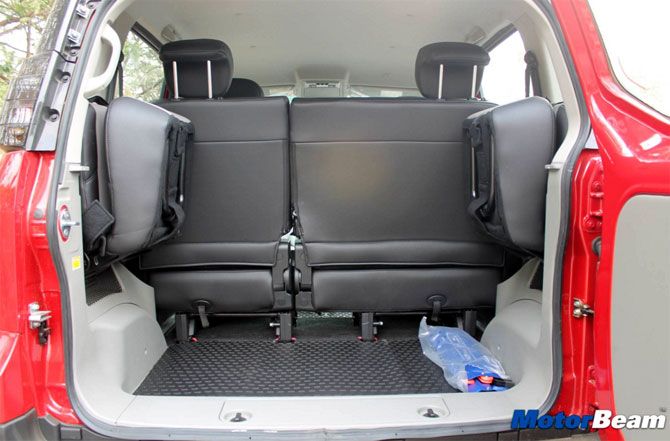 A major point of concern is the AMT gearbox, which is equipped with creep function and hill-hold assist. The gearbox takes a lot of time in shifting gears which can get a bit frustrating. Redline comes in at around 4500 RPM and there is no power after 4000 RPM.

The NuvoSport shares its hydroformed chassis with the Scorpio and TUV300. This makes the car handle better than the vehicle it replaces, but still it has a lot of body-roll on the curves. 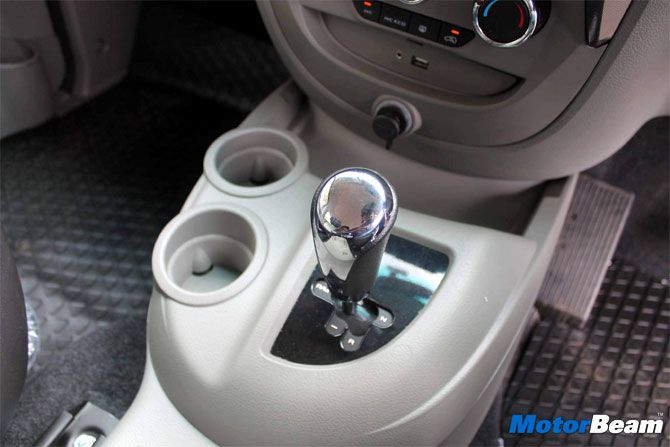 The steering is very inconsistent and there is no feel on offer. The tall height of the vehicle also doesn't inspire much confidence and the fear of toppling over is always there on hard cornering.

Mahindra has given the NuvoSport a soft suspension setup, which results in very good bump absorption, but very high vertical movement at high speeds too. The brakes are good but the nose heavy vehicle dives under hard braking. 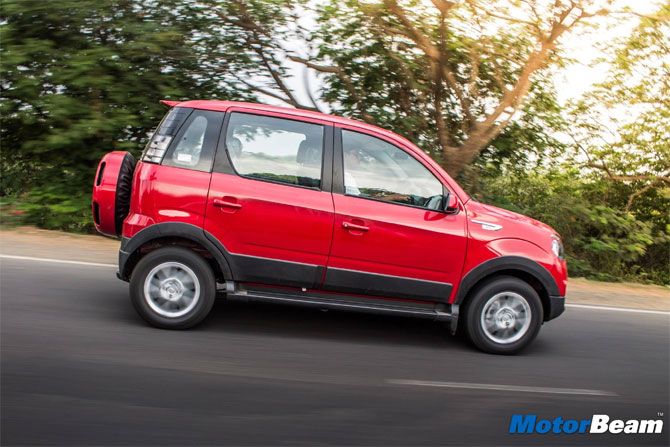 The Mahindra NuvoSport offers dual front airbags with ABS as standard across all the variants except the basic N4 trim, and also comes with a warranty of 1 lakh kms or 3 years.

ARAI has certified a mileage of 17.45 km/l for the car, which is far from being the best in the segment. Also, when you compare the NuvoSport with the TUV300, you realise that is a better vehicle at a lower price, making this new Mahindra look a bit pointless in the grander scheme of things. 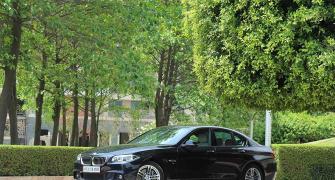 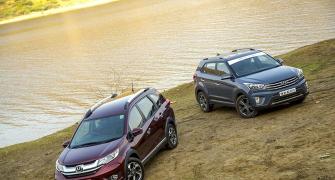 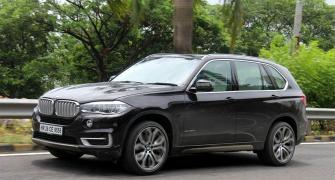 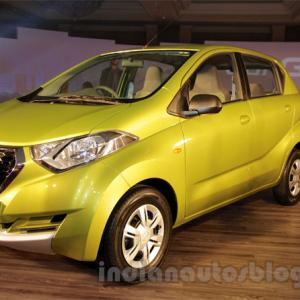 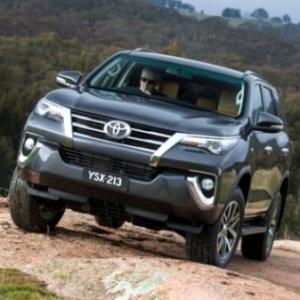