The Range Rover Sport Sport SVR is a kind of vehicle which one buys when he wants F-Type levels of performance but his day-job as the CEO doesn't allow him to be seen in a flamboyant supercar. Thus when Indian automobile website MotorBeam got hold of the raging beast from the UK, it decided to see how it feels to wring it at insane speeds on the asphalt, while getting their butts massaged at the softest setting. 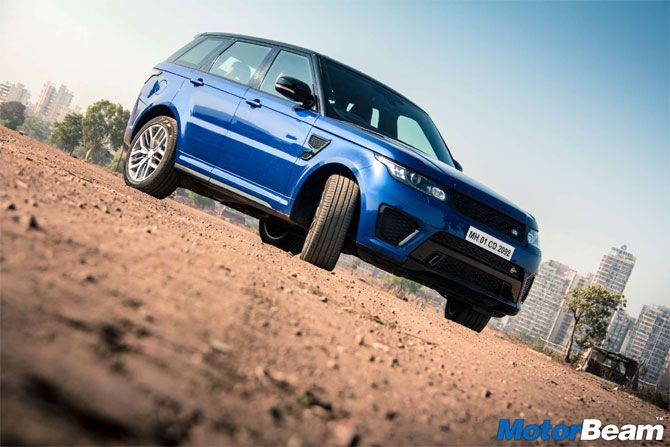 A reworked rear bumper has the lower half finished in gloss black along with twin exhausts on each side. 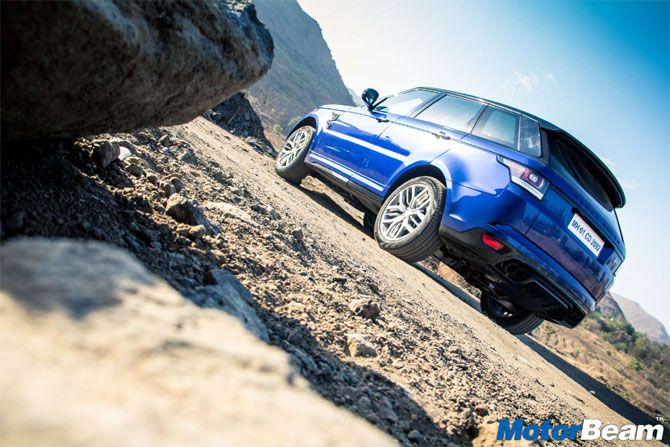 Inside the belly of the beast, one will find the perfect embodiment of sportiness and true British-style luxury.

The interior is bathed with leather, of course and while most of the cabin remains the same as the regular model, the SVR gets sporty seats for obvious reasons.

The front seats are 16-way power adjustable and have memory setting, with the SVR logo embossed on the upper part of the perfectly supple perforated leather. 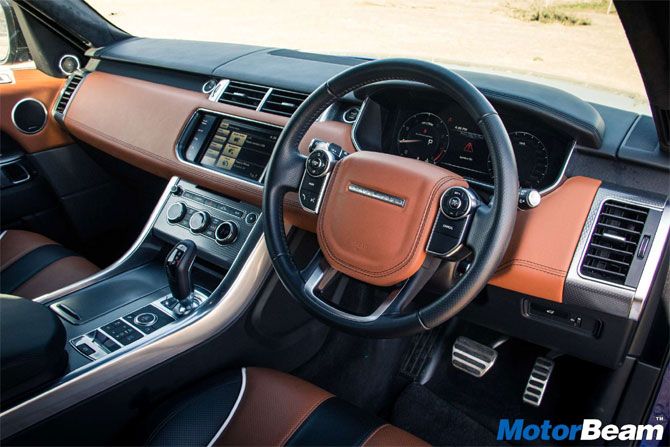 The dashboard of the Range Rover Sport SVR gets awesome looking carbon-fibre finishing near the AC vents, centre console and power window switches.

The infotainment system is the only fly in the ointment as it’s not very intuitive to use. The front seats offer terrific comfort while the rear seats have cushioning just right with ample headroom, knee-room and legroom inside.

It goes without saying that the Range Rover Sport Sport SVR is the most powerful Land Rover Sport ever. 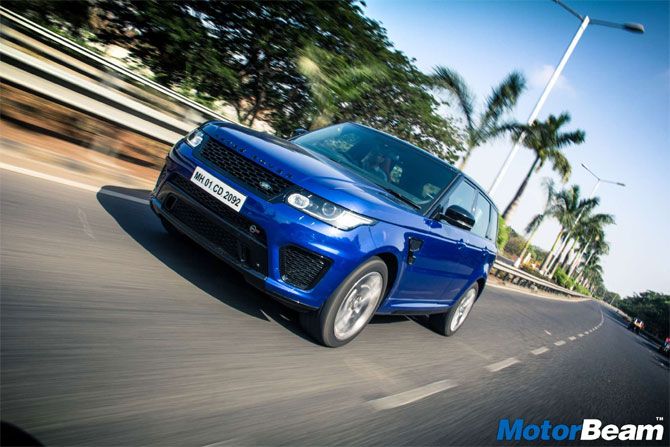 It is powered by a 5.0-litre supercharged V8 engine that belts out 550 PS of power and 680 Nm of torque The nuclear explosion inside the engine ensures that 0-100 km/hr comes up in just 4.7 seconds while the top speed is 260 km/hr.

Turn on the car and it growls like a hungry tiger. There is a good amount of low-end punch to potter around in the city. It is the open road and the SVR transforms its character and just goes like someone has attached a rocket to its rear.

This Range Rover Sport Sport has an addictive mid-range with a top-end which can make you giggle like a teenage girl.

The traction control is always working hard to keep the torque steer in check, so that you do not wrap yourself around a tree. Special mention goes to the sound from the exhaust, which is further amplified when you dab the active exhausts button on the centre console. 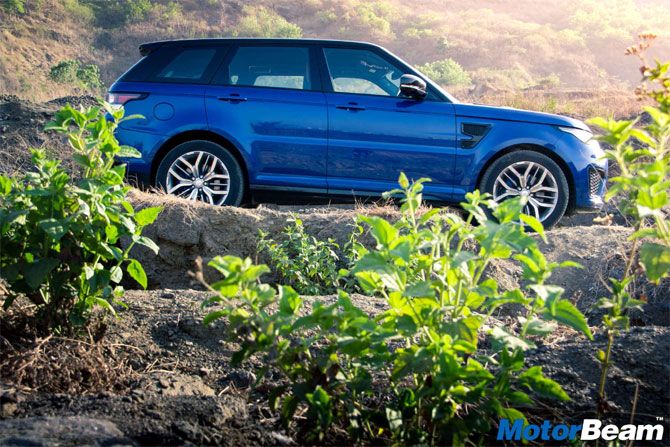 The 8-speed ZF transmission is quick in shifting gears but not as quick at low speeds.

The Range Rover Sport SVR is a very sporty car, as evident by the fact that it did the Nurburgring in an impressive 8 minute 14 seconds.

But the SVR is a heavy car with which does affect its handling as one can feel the weight around the corners and while the steering is feedback rich, the driver being seated high-up doesn’t help the confidence much. 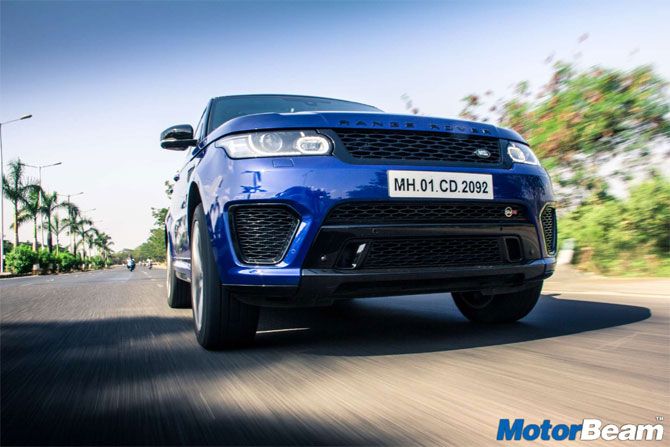 The Range Rover Sport Sport gets the company’s trademark Terrain Response System 2 and for the SVR, there is a special Dynamic mode which lowers the car and stiffens the air suspension.

In spite of running on massive 21-inch wheels, the SVR still rides quite well. Being a Range Rover Sport, it can literally go anywhere and the temptation of that V8 is difficult to contain, even off tarmac. 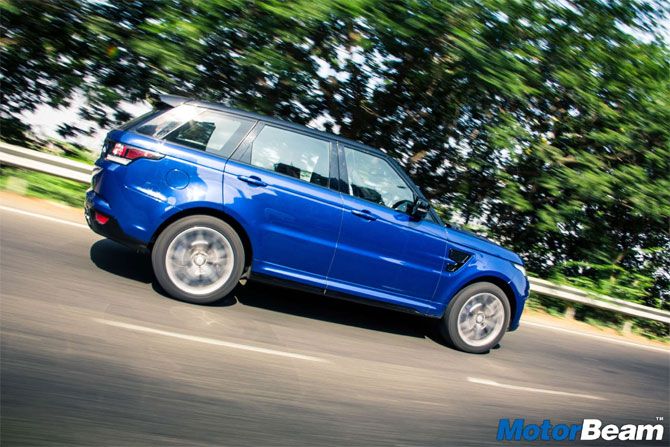 These are of course electronics which ensure that the SVR stays under control at all times and on all terrains.

Land Rover makes the most capable of SUVs in the world and the love for SUVs across the globe isn’t just limited to those seeking practicality but even those who are into performance.

SVR stands for Special Vehicle Racing and is to JLR what M is to BMW, and hence there is no better way to burn the tarmac and then off-road too other than in a Range Rover Sport SVR.