Reliance Group chairman Anil Ambani was questioned by the Enforcement Directorate for about nine hours on Thursday in connection with a money-laundering probe against Yes Bank promoter Rana Kapoor and others, officials said.

The industrialist was called again for a similar round of grilling on March 30.

The ED recorded the statement of Ambani under the Prevention of Money Laundering Act, after he appeared at the central agency's office in Ballard Estate in south Mumbai around 9:30 am, the officials said, adding that he left the ED office around 7 pm.

Ambani was not able to provide much information about the transactions with Yes Bank, along with certain other details of his group companies, as he said he did not remember the details, the officials said.

Hence, they said, he was asked to come prepared with documents and information on March 30.

"He reiterated that the Reliance Group's entire exposure to Yes Bank is fully secured and transacted in the ordinary course of business. All transactions between the Reliance Group and Yes Bank are in compliance with law and financial regulations," the spokesperson said in a statement.

The Reliance Group was committed to honouring the repayments of all its borrowings from Yes Bank through its various asset monetisation programmes, the statement said.

Ambani, it added, had "assured (ED officials) that the Reliance Group will continue to extend its full support and cooperation to all authorities".

Ambani's nine group companies that are reportedly under "stress" are stated to have taken loans adding up to about Rs 12,800 crore from the crisis-ridden bank.

On March 6, Finance Minister Nirmala Sitharaman told a press conference that the Anil Ambani Group, Essel, ILFS, DHFL and Vodafone were among the stressed corporates Yes Bank had an exposure to.

The officials said Peter Kerkar of Cox & Kings was also questioned on Thursday.

The agency has also sent a second summons to Essel Group chairman and Rajya Sabha MP Subhash Chandra to appear before it on March 21.

Chandra was supposed to appear before the agency on March 18, but skipped it saying he was occupied in the ongoing Parliament session.

The action of the agency in the case was initiated soon after the Reserve Bank of India imposed a moratorium on Yes Bank earlier this month, restricting withdrawals to Rs 50,000 per depositor as it raided and arrested Kapoor.

Normal banking operations for the bank's customers restarted on Wednesday.

The ED has accused Kapoor, his family members and others of laundering "proceeds of crime" worth Rs 4,300 crore by receiving kickbacks in lieu of extending big loans through their bank that allegedly turned non-performing assets subsequently.

Jet Airways founder Naresh Goyal was also called but did not appear before the agency on Wednesday, stating he was tending to a family member who was not keeping well.

While the Essel Group has an alleged unpaid loan of Rs 8,400 crore towards Yes Bank, the loan amount of the Jet Airways is stated to be Rs 550 crore.

Indiabulls chairman Sameer Gehlaut has also sent a communication to the agency, stating that he is abroad and not able to travel to India due to the travel and airline restrictions in view of the COVID-19 threat.

He was asked to appear before the ED on March 20.

Indiabulls is being probed for an instance of mortgaging of a costly property in Delhi to its housing finance branch for a loan of Rs 685 crore as part of an alleged dubious deal.

Indiabulls Housing Finance Ltd said on Thursday till the time Gehlaut joined the probe, it had "already submitted all information and records for the loan".

ED officials have said they want to take the probe in the matter forward and hence, questioning and recording of statements of these business heads under the PMLA is essential.

As many as 44 companies belonging to 10 large business groups reportedly accounted for bad loans totalling Rs 34,000 crore of Yes Bank. Other companies on the list include Dewan Housing Finance Corporation and Bharat Infra. 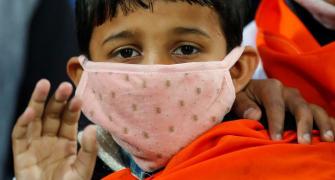 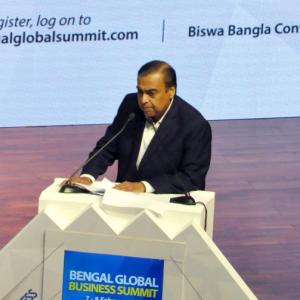