All problems to be resolved in 2020: Sahara's Subrata Roy

'Two esteemed foreign investors with huge funds are coming with us in our real estate and city development businesses.' 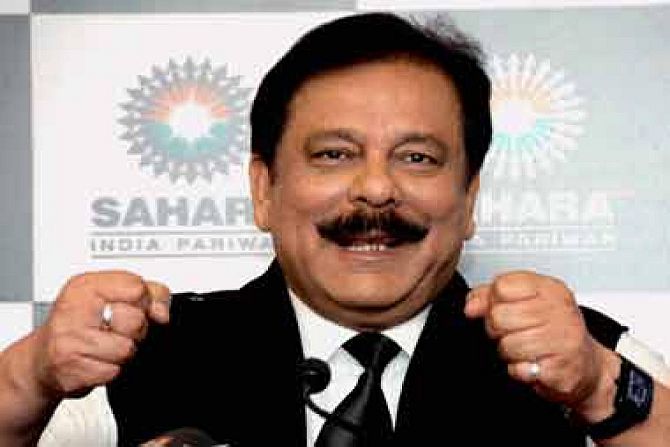 Hopeful of all its problems getting resolved this year, embattled Sahara group's chief Subrata Roy has said two large foreign investors have been roped in for real estate and city development businesses and nearly Rs 22,000 crore deposited with regulator Sebi will also eventually come back.

Roy has also assured all Sahara investors that they would get their invested amount with full interest and an additional interest would be paid even for a day's delay.

In a letter to investors on the occasion of the group's 42nd Foundation Day, celebrated on February 1, Roy said the group always kept intact its tradition of timely payments and excellence in services but there has been delay in payments during the last seven years at certain places due to "some undesirable circumstances".

Referring to a long-running dispute with capital market regulator Sebi over funds garnered by two group firms through issuance of certain bonds, Roy said the entire amount generated through sale or mortgage of assets or from joint ventures had to be deposited in a Sebi-Sahara account due to an embargo imposed by the Supreme Court.

"Out of this, we cannot use even a single rupee for organisational work or even towards repayment to the esteemed investors," Roy wrote.

Roy said Sahara has huge land parcels but developing townships or colonies on them has been difficult due to lack of funds for internal infrastructural development and for the requirement of depositing in Sebi-Sahara account any advance payment taken from residential unit buyers.

He, however, said these problems would be resolved soon as "two esteemed foreign investors with huge funds are coming with us in our real estate and city development businesses".

"Keeping in mind the directions of the Supreme Court, certain agreements have been signed, which will resolve Sahara's problems within this year, that is 2020," Roy said.

After a long process of appeals and cross-appeals, the Supreme Court on August 31, 2012 upheld Sebi's directions asking the two firms to refund the money collected from investors with 15 per cent interest.

Sahara was eventually asked to deposit an estimated Rs 24,000 crore with Sebi for further refund to investors, though the group has always maintained it amounted to "double payment" as it had already refunded more than 95 per cent investors directly.

Giving an update on the Sahara-Sebi matter, the government informed Parliament this Monday that Sahara group has deposited Rs 15,448.67 crore to 'Sebi-Sahara Refund" account as on February 1, 2020, while a cheque of Rs 41.59 crore has also been given by the group in late January, which the court has directed to be accepted without prejudice.

Replying to a Lok Sabha question, Minister of State for Finance Anurag Thakur further said that Sebi had received 19,560 applications in total involving 53,361 bond certificates for an aggregate amount of Rs 81.3 crore.

Thakur also said Sebi had issued advertisements advising investors to file their refund claims and last such advertisements were issued on March 26 and June 19 in the year 2018, informing the investors that July 2, 2018 was the last date for receiving refund applications and no claim would be accepted after the cut-off date.

The investors were told it was their last and final opportunity to claim refund.

Talking about the refund process, Roy said in his letter to investors that nearly Rs 22,000 crore was deposited in the Sebi-Sahara account (including the principal amount and the interest accrued on the same) till date, but Sebi could repay little over Rs 100 crore to investors despite giving four rounds of advertisements in 154 newspapers across the country.

"In the fourth advertisement, Sebi had clearly written that hereafter, it will not entertain any claims.

“This last advertisement appeared about a year ago, which means that no further payments are pending.

“As per the instructions of the Supreme Court, Rs 22,000 crore will eventually come back to Sahara after verification," Roy said.

As per the latest available figures, the pending refund applications with Sebi are estimated to involve maximum Rs 20-25 crore, excluding interest component.

In its last annual report, Sebi had said Rs 20,173 crore (the recovered amount along with the interest earned on them after providing for refunds made to the investors) was deposited in nationalised banks as on March 31, 2019 as per the Supreme Court order regarding the money lying in 'Sebi-Sahara Refund' account.

Roy said various restrictions are making it difficult for the group to do business and things could have been set right much earlier "if only we had a bit of relaxation to do business in housing development".

He said the group has thousands of acres of land across India, but they are spread over a number of large parcels of 100-300 acres and there are no ready buyers for such big plots due to a prevalent downturn in the real estate market.

While there are a few willing buyers, they are offering one-fourth or even less of the real value, but a deal at such low rates is not possible because Sahara is not allowed to make any sale below 90 per cent of the government circle rate, he said. 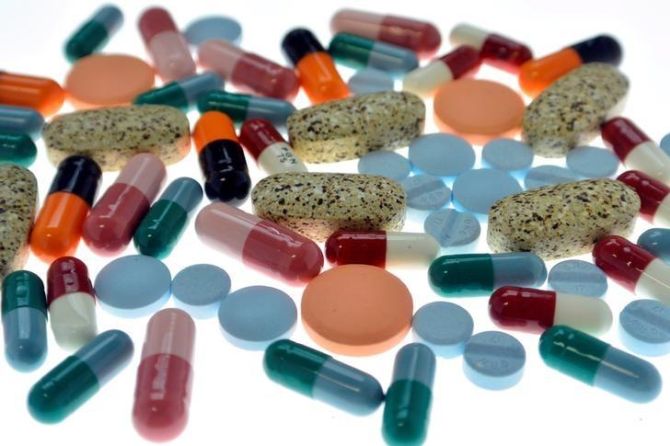