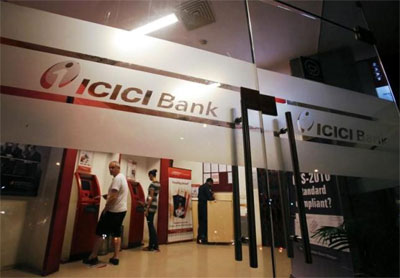 After its larger rival State Bank of India, country's largest private sector lender ICICI Bank has also increased its spreads on home loan rates and not passed on entire benefit of base rate cuts to new borrowers.

In case of both women and salaried borrowers for floating rates, the Chanda Kochhar-led bank has increased its spreads or mark-up over base rate paid by a borrower by 0.10 per cent.

The bank had cut its base rate or the minimum rate of lending by 0.35 per cent to 9.35 per cent last week.

State Bank of India's best offering for women is 9.50 per cent, while the same for other borrowers is 9.55 per cent.

Non-bank lender HDFC, which also announced a rate cut on Monday, is on par with ICICI Bank's 9.60 per cent for women and 9.65 per cent for others.

The SBI's move, which came to light over the weekend, had come under attack for not passing on the entire benefit of the base rate cut to home loan borrowers, especially at a time when RBI has been pressing for a greater transmission of its policy rates.

Generally, the spreads over base rates represent the risk assessment of a bank from a particular segment.

The existing borrowers were, however, happy at SBI's move for benefiting in the entirety as their rates are linked to the base rates.

An increase in the spreads will help lenders to protect their net interest margins.

With credit growth in the system being at multi-year lows in single digits, and large borrowers getting credit from money markets, a sharp cut in the base rates will help banks lend more to the industry.

Almost all the major banks in the system have cut their base rates since the RBI's surprise 0.50 per cent cut in the repo rate last Tuesday.