News
Business
Movies
Sports
Cricket
Get Ahead
Money Tips
Shopping
Sign in  |  Create a Rediffmail account
Rediff.com  » Business » After a lull, Birla Corp's Harsh Vardhan Lodha is back in the limelight

After a lull, Birla Corp's Harsh Vardhan Lodha is back in the limelight

In the last many years, Lodha, a chartered accountant with no manufacturing background, has come a long way, traversing the ground between an emotionally charged head of a corporate group to a detached problem-solver even as he has had to deal with spanners thrown in by varying factions in acquisitions and a rights issue. 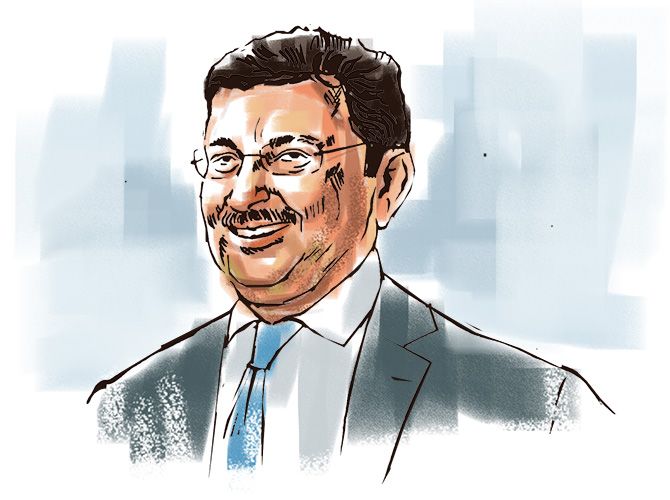 After a brief lull, Birla Corporation Chairman Harsh Vardhan Lodha, 52, is back in the limelight.

In the last decade and a half -- since the purported will of Priyamvada Birla (a title it came to acquire) surfaced -- he has flitted in and out of headlines, more reluctantly than anything else.

The latest in the series is the court-appointed committee's decision, taken by majority, to not support a resolution seeking reappointment of Lodha as a director on the board of two group entities, Vindhya Telelinks and Birla Cable.

That, however, could well be a teaser for things to come with the battle over the will in its last course.

The Committee of Administrators Pendente Lite of the Estate of Late Priyamvada Birla (APL Committee), in the eye of the storm now, was appointed by a Division Bench of the Calcutta high court in 2012 to administer the estate of Priyamvada Birla.

Pendente Lite is a legal term meaning “pending the litigation”.

The estate of Priyamvada Birla, Madhav Prasad’s widow, and daughter-in-law of Rameshwar Das Birla (Ghanshyam Das Birla’s brother), was in fact, the starting point for the battle of the bequest.

In July 2004, the “purported will of 1999” bequeathing her estate to Rajendra Singh Lodha, the well-known Kolkata-based chartered accountant, emerged.

As different members of the Birla family waged legal battles, Harsh Lodha, his son, became a familiar face in the high court.

At last count, the legal cases were still more than a 100.

ALSO READ: 15 years on, probate of Priyamvada Birla's will in last leg

But in the last many years, Lodha, a chartered accountant with no manufacturing background, has come a long way, traversing the ground between an emotionally charged head of a corporate group to a detached problem-solver even as he has had to deal with spanners thrown in by varying factions in acquisitions and a rights issue.

In 2015, Birla Corp had proposed to acquire two cement units of Lafarge, but the deal was called off in 2016 for an inability of the two to come to an agreement.

Later, in 2016, Birla Corporation bought Reliance Infrastructure's cement business in a Rs 4,800-crore deal, which increased its capacity from around 10 million tonnes to 15.5 million tonnes.

A Birla faction had sought an injunction on the deal, which was not granted by Calcutta high court.

The big blow for Lodha, however, came in 2008 when his father died of cardiac arrest, ironically at the London residence of Basant Kumar Birla, one of the challengers to the 1999 will.

“It was huge personal loss,” said Lodha. But legal pressure hasn't cracked the group which is on a growth trajectory.

“That’s largely because the management has been professionalised by the chairman.

"The factories are now run differently. From satraps leading them as kingdoms, they now understand the power of one,” pointed out a company insider.

The APL Committee has, however, pointed out in its report that Birla Corporation profits have been falling since Harsh Lodha became chairman. Lodha contends it’s on a par with all northern cement companies.

The committee has made a host of other points as well for its reasons: Lodha has been acting against the interest of the estate of Priyamvada Birla by curtailing the scope of its controlling interest, he has stopped cooperating with the committee, has been trying to increase control on manufacturing and operating companies, applied for trademark in the name of M P Birla group of companies.

But even as the committee decided by majority not to support Lodha's reappointment resolution in two group entitites -- Vindhya Telelinks and Birla Cable -- the voting on the resolution has already taken place.

An interim court order is preventing the resolutions from being made public.

The results of other resolutions that could be announced have, however, been carried with at least 98.78 per cent majority.

In Birla Corporation, Lodha's reappointment is not coming up before next year.

The committee has also decided by majority to oppose a proposal for payment of performance-linked remuneration to Lodha with respect to Birla Corporation, Universal Cables, Vindhya Telelinks and Birla Cable.

Lodha has challenged the decision of the committee, which he says is illegal and fractured, in the Calcutta high court, and is banking on the court to correct it. 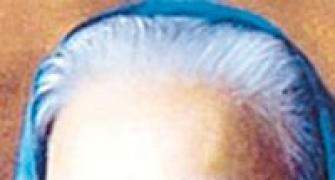 The last will and testament of Priyamvada Birla 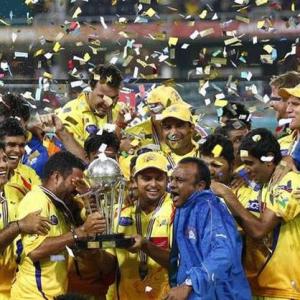