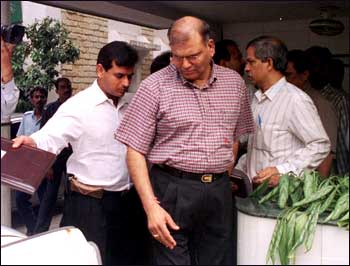 A special Central Bureau of Investigation court in Mumbai has convicted four former bank officials in one of the multi-crore securities scam cases and sentenced them to three years imprisonment, 25 years after the scam involving 'Big Bull' Harshad Mehta came to the fore.

The securities scam rocked the BSE and other stock exchanges in 1992. Mehta, the kingpin in the scam, passed away in 2001.

The four officials were charged with corruption, criminal breach of trust and falsification of books of accounts and eventually benefiting the deceased stock broker.

The court also imposed a fine of Rs 5,000 on each of them. However, after conviction, the court granted bail to them to approach the higher courts.

According to the prosecution, in 1991 all banks were required to keep a percentage of their deposits with RBI on a fortnightly basis, called the Cash Reserve Ratio. Also, each of the banks was required to invest its deposits in securities, which was called the Statutory Liquidity Ratio.

To maintain CRR and SLR the banks could borrow or lend from each other in the call market without the involvement of brokers or third parties.

The CBI said the State Bank of Saurashtra’s DN Road branch and UCO Bank’s Hamam Street branch, were authorised for such transactions.

The officials of these two banks, under the guise of Call money Lending Transactions (CMLT), debited and credited personal accounts of Mehta in UCO Bank.

The probe agency also alleged that Srinivasan and others, in conspiracy with Mehta, parted with a sum of Rs 198 crores of State Bank of Saurashtra (to Mehta) by falsely recording various call money lending transactions, and showing the counterparty as UCO Bank.

The court acquitted one P S Gokhale, while the case against Mehta and M V Shidhaye, also named as an accused, was abated as they died during the trial.

Sindhu Bhatt of the State Bank of Saurashtra turned approver in this case.

Multiple cases were filed in 1992 following a probe into the irregularities in securities transactions and fund management by banks and other financial institutions.

Image: A file photograph from 2001 of stockbroker Harshad Mehta. 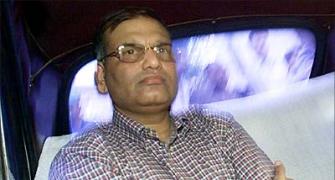 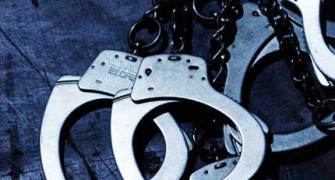 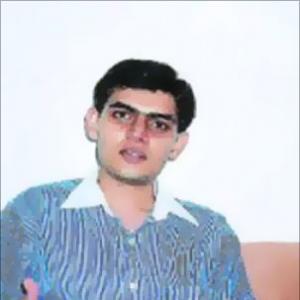