'Lakhs of engineers graduate every year in India and the IT industry used to be the primary recruiter. That is going to end.'

According to research conducted by Simplilearn Career Data Labs, millions of jobs in the IT sector will vanish in the next five years due to automation.

Some of the job profiles that may get affected include software test engineers, system engineers, data entry operators, etc.

Kashyap Dalal, an IIT-Bombay and IIM-Lucknow alumnus, is the chief business officer at Simplilearn.

Dayal, who founded Inkfruit.com and was its CEO before he moved to Simplilearn, analyses the future of the Indian IT sector in a conversation with Rediff.com's Shobha Warrier.

The Simplilearn report says 150,000 software test engineers and 260,000 system engineers, among others, will lose their jobs in the next five years. Is automation the reason?

These are slightly low-end jobs in terms of the amount of innovation needed.

We have already started seeing the signs in these fields; for example, software testing is automated and automation tools are being used by the testers themselves to increase their efficiency.

Eventually, you will see a greater amount of automation happening in these fields.

Technology change in actual programming jobs will cause an additional impact.

The kind of technology used for the bulk of the work, and the kind of projects IT companies used to get four years ago, will change considerably.

The new projects will be in digital transformation areas like big data, cloud computing, cyber security and so on.

Since the global projects are moving to new age areas, a large pool of IT talent is going to be affected -- some, due to automation; others, due to the changes in technology. 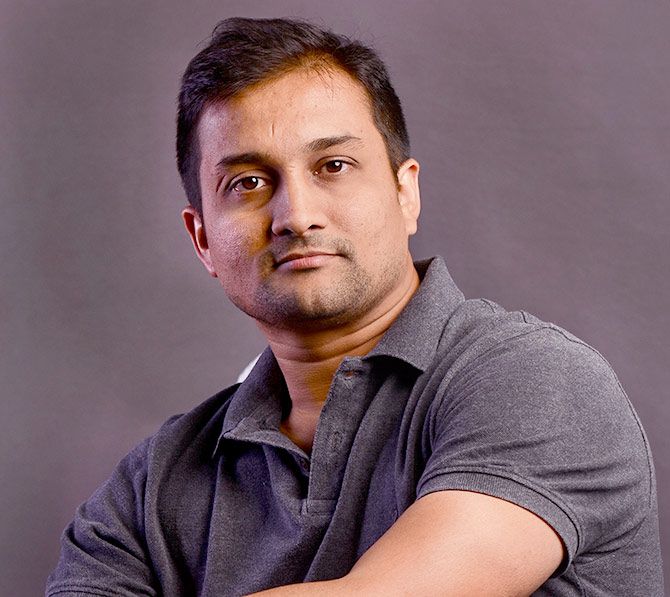 IMAGE: Kashyap Dalal believes the IT industry has to 'upskill on a war footing to retain its competitive edge.' Photograph: Kind courtesy Kashyap Dalal

Are Indian IT companies in the service sector and IT professionals upgrading themselves to face the new challenges?

Companies have been doing a lot of work in this area; many professionals are also looking at upskilling themselves.

It is a crisis situation for both the companies and the professionals; they have realised that hundreds of thousands of people have to be upskilled in the next 2, 3 years.

I believe this has to be done on war footing for the IT industry to retain its competitive edge.

The IT industry employs close to four million people.

There are large companies, with an employee strength of 500,000 upwards. They will have to have innovative ways to upskill their workforce.

Do you think these companies will help their employees learn new skills or will they opt for, and train, fresh engineers?

Their priority will be to upskill their employees. It is not easy to hire new people in such large numbers and train them.

Hiring those who know big data and cloud computing is not easy.

Talent trained in these new skills is not readily available so training is absolutely essential. 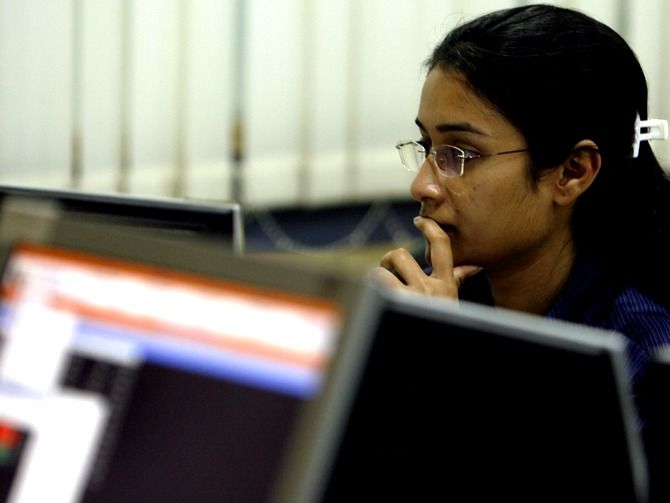 IMAGE: 'It is definitely going to be two years of introspection and resetting the requirements in terms of new skill sets.' Photograph: Punit Paranjpe/Reuters

How is this situation going to impact the IT industry, which was one of the fastest growing sectors in India?

The next 2 to 5 years are going to be very challenging for the IT sector.

Indian IT companies will have to re-position their entire workforce, re-skill them and develop strength in the areas where future global businesses are expected.

It is definitely going to be two years of introspection and resetting the requirements in terms of new skill sets.

From a long-term perspective, India will continue to be service providers to the world.

Global companies will need somebody as IT partners and India will continue to fill that role.

The advantage we have is that Indian companies are well established globally and work with leading Fortune 500 companies. It will not be easy for any other country to replace them.

But in the next two, three years, it is absolutely essential that they re-skill their employees so that they can work with the new technologies and continue their dominance in this field.

You mean no other country is in a position to replace India.

Yes, I don't see any other country replacing India.

The bulk of the IT work will continue to happen in India.

So the job cuts won't be as alarming as predicted by various reports?

The word 'alarming' is subjective.

It is not as if the Indian IT industry is going to collapse or lose its global position as service providers to the world.

Yes, the next couple of years are not going to be that great, but its global position will not be affected in the long run.

But if you look at it from the individual's perspective, it is going to be very alarming.

IT professionals have to be very proactive in re-skilling in the right technology to continue to be in demand.

If not, the impact on their career will be quite significant.

IMAGE: 'If you are working in an area which is likely to go away, you are in trouble.'
Illustration: Dominic Xavier/Rediff.com

In what way do you think will it affect the life of an IT professional?

More than IT professionals, I see this situation affecting engineers fresh out of college.

Lakhs of engineers graduate every year in India and the IT industry used to be the primary recruiter. That is going to end.

The industry will be re-skilling and re-training their employees hereafter.

Times are going to be challenging for fresh engineering graduates. They will have to skill themselves in the new technologies.

So the era of IT companies hiring in thousands is over?

Yes. The IT industry is definitely going to recruit fresh engineers, but in much lower numbers.

Colleges are feeling the impact of low recruitments.

They will have to come up with innovative solutions and ensure their students pick the right skills so that they are recruited outside campus, if not within.

The bigger social problem we are going to face is that a youngster who passes out of college may not be able to find a job. This will impact the entire family.

Is it not going to be a big challenge for Narendra D Modi as well if young graduates are unable to find jobs? He has promised millions of jobs.

Narendra D Modi has multiple challenges; this is just one of them.

The Indian IT industry employs 4 to 5 million people, which just 0.5% of the total population.

This will be a factor in urban India, since IT was the primary sector hiring youngsters.

But from the prime minister's perspective, the larger issue is to create jobs; the IT sector is only one part of it.

There are so many other sectors that employ people in large numbers.

Though the IT industry is the most visible industry, its issues will not impact the Indian economy as such. 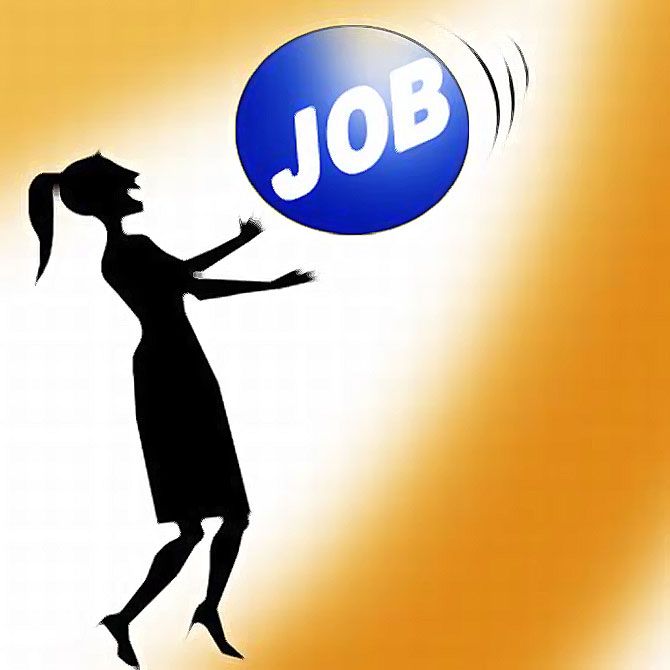 IMAGE: 'Those who have the skills required now will have a very rewarding career as companies will be willing to pay them higher salaries.'
Illustration: Uttam Ghosh/Rediff.com

While jobs are going to be cut in certain areas in the IT sector, will jobs be created in the new areas?

For example, if 50,000 jobs are going to be lost in software testing, more than 50,000 jobs will be created in big data, cloud computing, etc.

The difference is that the skill sets needed for these new jobs are quite different.

Those who have the skills required now will have a very rewarding career as companies will be willing to pay them higher salaries.

IT companies are not going to reduce the head count.

The only difference is that the head count increase will now be lower, but it will definitely increase.

Will IT professionals belonging to the lower level be affected the most by these changes?

Whether you are a senior or a junior, if you are in the right area, you will be in demand.

If you are working in an area which is likely to go away, you are in trouble irrespective of whether you are senior or junior.

Where do you see the Indian IT sector in the next five years?

I would see the Indian IT sector in a stronger position, with a workforce aligned to the new technologies that will be in demand in the global economy.

I also would expect Indian IT companies to get back to high growth by then.

Yes, the next two years will be challenging, but I don't see any other country challenging India's dominance in the IT sector. 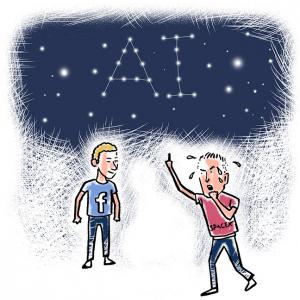