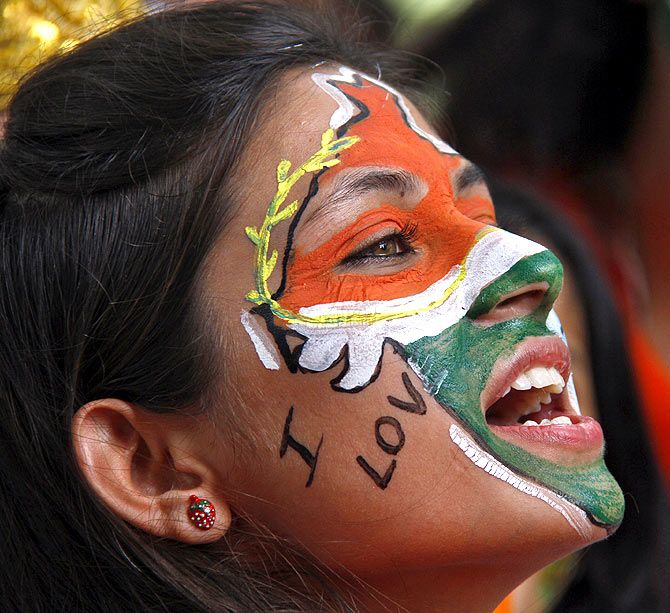 IMAGE: The overall proof of the improved situation is that the current account deficit is much smaller than what it used to be. Photograph: Ajay Verma/Reuters.

In this interview he lists the concrete achievements of the Modi government and highlights the lot that still needs to be done.

What is your assessment of the global rally?

A strong global economic recovery and earnings growth are causing equity markets worldwide to go up. Some, including India, are going up faster than others.

We expect corporate earnings will grow in the mid-teens, year on year, for the All-Country World Index, a global benchmark.

Indian stocks have rallied 20 per cent in six months. How should investors play the market now?

We like the market, but it has already given an exceptional 20 per cent return in the last six months. Returns will moderate to around 10 per cent over the next six months.

Hopefully, we are right that earnings will continue to come through, and there is an upside surprise in relation to earnings. We will tell investors if the situation starts to deteriorate. At least till the second half of this year we do not think it will.

Investors then will have to keep an eye on what central banks do, particularly the US Federal Reserve.

The economy is showing signs of life. Corporate earnings are in the cusp of showing improvement.

But going ahead we will see very strong earnings growth. Earnings will be growing in the year ending March 2018 at 18 per cent, year on year.

We also think the rupee will be stable, if not stronger. So, the dollar returns for the Indian market compare favourably.

What is your assessment of the government, which has completed three years?

There have been some concrete achievements like the goods and services tax.

Foreign investors are concerned about demonetisation, but it was needed.

There has been an improvement in land acquisition regulation.

There has been a big improvement in foreign direct investment.

The fiscal position has improved structurally.

There is a lot that still needs to be done.

We have not seen big-scale privatisation. I understand why that may be difficult in some sectors.

There have been some measures against corruption, but more may be needed.

The overall proof of the improved situation is that the current account deficit is much smaller than what it used to be. The fiscal deficit and inflation are more under control. The savings rate is picking up. The Indian macro set-up now is the strongest in the emerging markets group.

What questions do global investors ask about India?

Investor sentiment towards India is positive.

There have been concerns about the impact of demonetisation. We argued that growth would snap back quickly.

Also, some investors are worried about earnings not coming through. They are not so much concerned around India's valuations.

Some are concerned about export-facing sectors that used to do very well such as pharmaceuticals and technology outsourcing, which may be becoming structurally impaired.

Which sectors in India are you most positive about?

Financials are in a sweet spot thanks to declining bad loans and rising loan growth.

Technology is our contra call. We expect an upsurge in private capex spending, which will help technology.

The US visa issue is overdone.

What are the key global risks?

The risks are probably around the US Fed and other central bank policies.

Central banks are beginning to tighten policy, given the improvement in the macro environment. So, the risk would be the Fed tightening more than the market expects. That would undermine the case for equity valuations.

The global equity index is trading at 21 times price to earnings and 17 times forward earnings, close to a 30-year average. But if you look at enterprise value to Ebitda, the multiple is quite expensive due to high corporate debt. So, there is vulnerability to rates and investors need to pay attention to this.

Also, there are significant geopolitical risks. The most important one economically is protectionism, which has not materialised yet. 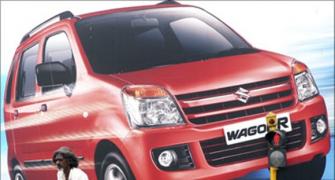 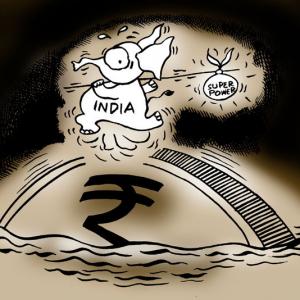