'... Whether an incumbent is voted back or a coalition forms a new government except for a temporary disruption for a few weeks.' 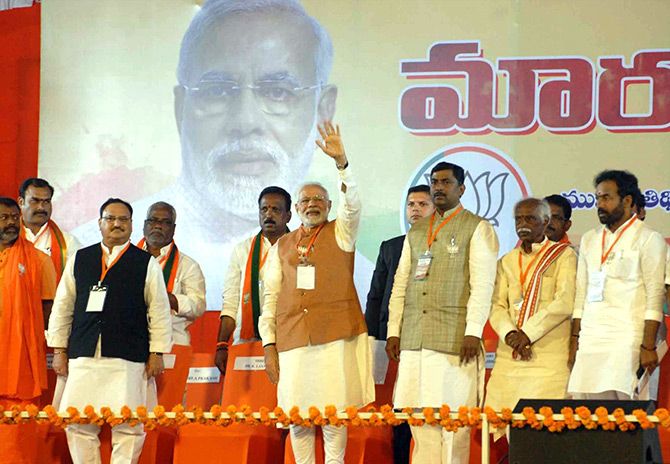 "The potential for India to grow has so far been undisputed, with only the speed or timeline being the unknown factor," Dhiraj Relli, managing director & CEO, HDFC Securities, tells Ashley Coutinho.

What is your outlook for the market for the year ahead?

Market valuations have corrected in recent months, but volatility is likely to remain.

This is due to the negative global cues as well as domestic factors such as elections, pressure on the current account deficit and fiscal deficit owing to higher crude prices.

Although valuations have fallen in this correction, India continues to quote at a premium to the MSCI emerging markets universe, and also to our own premiums in the past.

Corporate earnings are yet to catch up in line with the valuations.

Growth moderation is likely because of higher oil prices and tighter financial conditions.

Higher government spending ahead of the elections could be another negative.

The economy seems to be back on track with recovery across urban and rural India.

Besides, the government's commitment to fiscal discipline and the fact that it is working on ways to manage the CAD are positives.

While Indian markets now are no longer expensive (after the correction), whether they are cheap enough to attract investors largely depends on each investor's perception and time horizon.

Mid and small caps will keep throwing up surprises in stock moves, based on their small size/base, faster adjustment to emerging changes and restructuring, including mergers, demergers and hive-offs, among others.

This space will give investors alpha at a time when large cap funds have found it difficult to replicate the returns of their benchmark indices.

Emerging markets have taken a beating this year. Do you see the pain increasing; how is India placed in the EM pack?

Emerging market assets will remain in favour -- barring some quarters where their economies and currencies are in turmoil -- for global investors who are seeking alpha or abnormal returns.

Emerging markets have undergone pain over the last two months owing to weakness in economies/currencies and interest rates rising in developed economies.

While the pain could take a bit longer to resolve, global investors will watch EM assets closely to time their re-entry or upweighting.

Foreign portfolio investors have been pulling out money from India for the past few months. Do you expect this trend to continue?

The recent depreciation of the rupee has unnerved some FPIs.

The potential for India to grow has so far been undisputed, with only the speed or timeline being the unknown factor.

This will depend on, among other things, the new political formation after the elections and the interest rate trajectory in developed economies.

As we come close to the end of the calendar year, we may witness some continuation of FPI sales.

However, the pace could slow down in the new calendar year.

What bearing will the elections have on the markets in the coming months?

State elections will be seen as a precursor to the general elections that are due to be held after one-two quarters of the state elections.

The reaction of the stock markets to the outcome of the elections has been similar across time frames, whether an incumbent is voted back or a coalition forms a new government except for a temporary disruption for a few weeks.

Corporate earnings have witnessed minor growth in FY18 after 2 or 3 years of flat earnings and expectations for FY19 and FY20 are high.

Q2FY19 results have so far been according to or slightly ahead of expectations.

Revenues grew about 21 per cent year on year, though operating profit margins remained under pressure owing to higher input costs.

Sectors hit by margin pressure include autos, cement and FMCG. 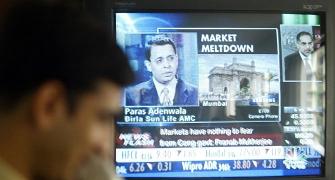 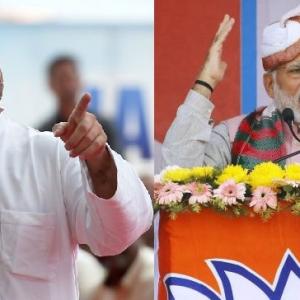