News
Business
Movies
Sports
Cricket
Get Ahead
Money Tips
Shopping
Sign in  |  Create a Rediffmail account
Rediff.com  » Business » 'It will be a horrible scene in May'

'Where will industry have funds when they open up?' 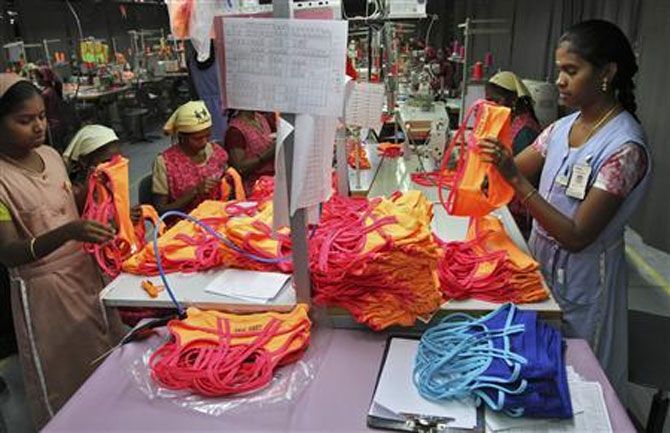 Though the MSME sector contributes around 30% of India's GDP and almost half of India's exports, it has been suffering the most during the current national lockdown and earlier.

MSMEs took a hit with demonetisation, which was followed by the faulty implementation of GST.

The month-long nationwide shutdown has added to the MSME sector's woes.

"The prime minister asked all entrepreneurs to pay wages to all employees. But when I spoke to many entrepreneurs, they said though they wanted to do it, they had no money," Sundaram, below, tells Rediff.com's Shobha Warrier. The first of a two-part interview:

How has the lockdown affected an entrepreneur like you and the sector as a whole?

Prior to the lockdown itself, the market was not good. Business was not doing well.

People were trying to maintain the turnover of last year because if the turnover reduces, the bank manager will reduce your working capital the very next day.

All the small-scale industries here (in and around Coimbatore) were requesting the finance minister to extend credit to the industry. She had announced a 25% ad hoc loan to existing industries for their survival.

Was it lack of demand that affected the sector? Or GST?

You cannot pinpoint any one reason. The whole world was doing very badly for the last many months.

People have gone into the mood of saving money and not spending, mainly because people did not feel confident about their jobs.

This was the scenario prior to the lockdown.

We were looking for ad hoc loans from the banks and the process was going on.

Were banks not willing to start lending because of the NPA crisis?

For banks, only their own business matter; not the economy or the nation.

For each bank, it is its business and its profit that matters.

In fact, the FM was to come in the first week of April to Coimbatore and meet bankers to urge them to support the MSME sector.

All of a sudden, the lockdown happened. It was also the financial year ending; only a week before, we were winding up for the year. That was when it happened.

If you take a typical small-scale industry, it would have run out of its working capital by March, the year end.

Everything will be in 'work in progress' mode, which means the material on the floor would be ready to send to the customer, waiting for the payment to come in the next 45 to 60 days.

It also means he would be on the brim as far as money is concerned; he would have just enough to pay wages, the electricity bill, rent, etc in the first week of April.

That is all the money he would have then as he had spent the rest of the capital.

Unfortunately, the lockdown came all of a sudden, without any warning. So, nobody was able to plan anything and had no idea what to do next.

I will give you an example. Here is an entrepreneur who has Rs 50 lakhs credit in the bank. As he was operating with his own funds, he had also put in another Rs 50 lakhs.

So, he had Rs 1 crore as working capital in his company. And, he may be having 3% to 4% of turnover a year. His profit may be 5% to 7% of all the expenses. After paying the bank loan etc, 5% is a decent margin.

But imagine, 20% to 30% of the funds is lying inside the factory and there is no return on investment till you get paid.

He only has reserved money for the wages and bills for April.

And the government has compelled everybody to pay the wages for the entire month.

Now the question is, what happens in May?

The commitments are so huge that for 95% of the industry when it opens up, there will be nothing in their bank accounts.

Only a few banks have not done this auto debit; most of the banks have already deducted the EMI. 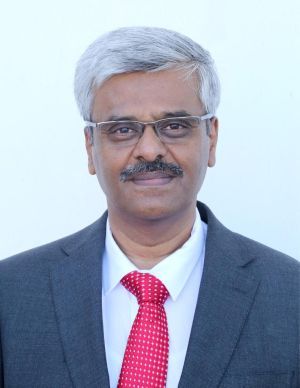 So, it is going to be a very scary scenario in May...

Yes. It will be a horrible scene in May. Where will industry have funds when they open up?

Once you open up, you need to clean up your factory because you just left it unfinished. And it will take 2 to 3 days to do that.

Then, you will have to make the payment to the employees within three days. But you don't have money.

You will have to run behind banks asking for more money to manage the wages.

On the other side, there is material lying on the floor half finished; it has to be completed.

Then, you are not sure whether the customer is going to take it or not because he is also going through the same problem.

In fact, most of the customers would have cancelled the orders by then. They would not have cancelled, but diplomatically said, 'Please hold on the material until we give you further notice.'

Whatever it is, you are not getting your money.

This is going to be the grim scenario once we open up in May.

I am not saying we shouldn't have had the lockdown. That was the only option we had, and it was an excellent decision by the prime minister.

The prime minister asked all entrepreneurs to pay wages to all the employees. But when I spoke to many entrepreneurs, they said though they wanted to do it, they had no money. 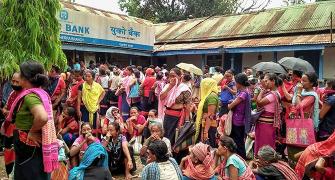 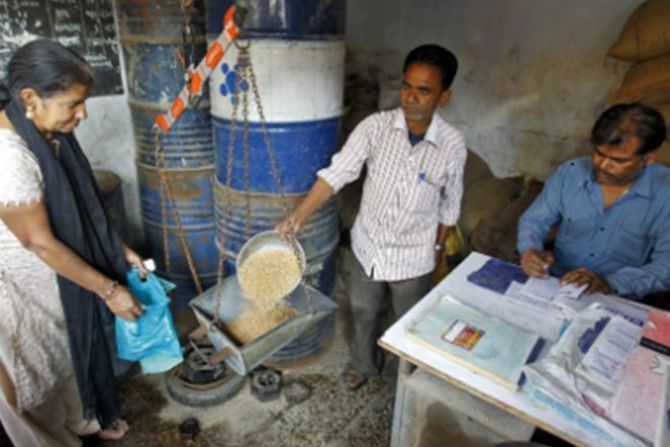 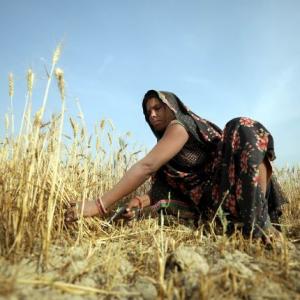