'Without reviving employment, consumer confidence will not go up.' 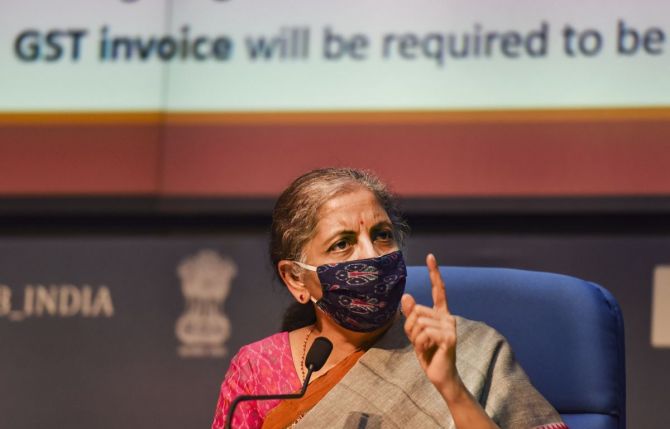 "Unless the government boosts demand by giving to the unemployed, demand will not go up," Professor Arun Kumar, the Malcolm Adiseshiah Chair Professor at the Institute of Social Sciences, tells Shobha Warrier/Rediff.com in the concluding segment of a two-part interview.

Another point to note is, companies were given time till September to file the quarterly reports. Mostly those companies reported their results in June had done well. This gave an upward bias to the growth figures.

It was also assumed by the NSO that agriculture grew by 3%, but there was contraction in the agriculture sector also.

As mid-day meals scheme in the schools was not working, milk and poultry industries suffered.

The NSO simply assumed that the production targets were fulfilled whereas that was not the case.

These industries contribute to 50% of agriculture and they contracted sharply rather than growing at 3%. Only food grains and pulses grew at this rate.

Finally, the NSO document did not take into account the unorganised sector, and even the decline in the organised sector. That's why my estimate was a contraction of 50% and not 23.9%.

When investment is down, consumption is down and employment is down. So, growth will be slow.

Without reviving employment, consumer confidence will not go up.

When people are worried about losing their jobs, they are not going to buy cars or two-wheelers.

When consumer demand is low, there will not be much investment either.

Do you think investors will come from America to invest here when the demand is low?

Unless demand rises, investment from abroad will also remain low. There are special factors why Reliance Jio got so much investment.

The point is, how quickly can the economy recover from its low? I have argued that it is going to be a slow recovery, and also a painful one

Yes. It is not going to be a quick recovery.

The government needs to create demand, but the problem is, budget deficit is very high. 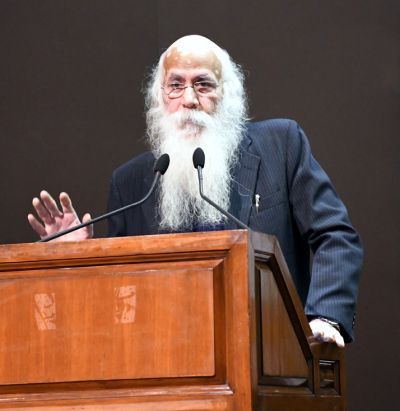 It means your revenue collection is way down. But the government expenditure is up because of the pandemic.

If you take the Centre, state and public sector, the fiscal deficit was already about 10% of the GDP which was assumed to be Rs 224 lakh crore. Growth of -10% of the GDP makes it Rs 180 lakh crore.

Along with this, there is the additional expenditure due to the pandemic. Then, of course, tax collection is down to half of last year. It will take the fiscal deficit to 25% of GDP.

This is unprecedented and the government will have to cut back on inessential expenditure and also raise resources from other sources.

Unless the government boosts demand by giving to the unemployed, demand will not go up. In fact, the situation will deteriorate further.

The economic packages did not yield the desired effect.

The answer is simple. They only catered to the supply side packages. They were not demand-creating packages.

For example, the agricultural reforms package, the loan promised to the MSME sector, offering partnership to private players, all these will have any effect only after 4-5 years. It will not have any immediate effect.

Why would a business that is not working, take a loan?

What you need today is means to create demand.

You mean, they should create employment?

You need to take some immediate step, not something that will work after five years.

What the government should do is, come out with a survival package.

When do you see an economic revival?

The economy is not like a rubber ball that you throw it to the ground, and it will bounce back immediately.

We are going to have a very difficult time because we are not doing what we should be doing.

It is going to be chaotic as inequality will rise dramatically.

In the new normal, some sectors and sections will do well, and some will do very badly.

Your new book is titled Indian Economy's Greatest Crisis -- Impact of Coronavirus and the Road Ahead. What is India's greatest crisis now? The economic crisis or the humanitarian crisis that happened due to the lockdown?

Obviously, the humanitarian crisis, since that also includes the economic aspects.

The crisis is continuing and impacting most people, but importantly those that are the most vulnerable.