Will 'Make in India' reform trade, too?

The Budget must feature key elements of the pending trade and business facilitation reforms to reduce the massive trade transaction costs plaguing the Indian economy.

India is yet to become a major global player even after launching extremely bold and successful economic reforms in 1991 after a massive balance of payments crisis.

The main reason is a complete neglect of trade, industrial and business facilitation reforms in the last decade.

First generation reforms (1991-2004) were not followed up, and hard policy decisions on trade, investment, trade facilitation, and regulatory reform were postponed.

Strong global growth, coupled with the lagged impact of earlier first generation reforms that unleashed some of the latent entrepreneurial spirit in the Indian economy, led to strong growth between 2004 and 2008.

Growth due to global tailwinds was mistakenly perceived as inherent Indian competitiveness, and the urgency and hunger for reforms got dimmed within the bureaucratic and policy establishment.

During this period of policy paralysis, the international trade landscape underwent major changes.

Global fragmentation of production is essentially a division of labour based on specialised tasks that need to be combined through an efficient supply chain. Thus, the focus now is to connect to regional and global supply chains.

To succeed in that, the massive trade transaction costs have to be drastically reduced through trade facilitation and logistical facilitation reforms. Alongside, the business environment has to make doing business a breeze. This will enable MSMEs to participate actively in linking to global supply chains.

This in turn will encourage a larger flow of efficiency-seeking FDI with the aim of making India a hub in the supply chain process. This will create jobs and make inclusive growth real. This should be at the heart of the prime minister's recent 'Make in India' initiative.

The following section highlights some of the key elements to be covered under it. First, the success of 'Make in India' needs to be predicated upon the need to diversify services beyond IT-and IT-ES.

Indian trade policy in services became IT-centric with over-emphasis in its trade negotiation priorities on Mode 4 (or liberalisation of the movement of people), a critical demand of the Indian IT lobby.

It did not focus on the barriers preventing the take-off of other services such as behind-the-border regulatory restrictions on accounting, legal, engineering, architecture, or health-related professional services in partner countries.

Global trade in off-shored services is becoming increasingly about trade in tasks, i.e. carrying out specialised functions within the broader accounting or legal service professions.

With the emergence of big data as a driving force of innovation and business development, data analytics and management will emerge as a huge area of opportunity in professional services exports for India.

Trade barriers related to regulatory constraints on undertaking certain types of legal or accounting tasks offshore, and barriers related to emerging issues in data privacy and data restrictions, are now the areas of maximum concern for the future growth of off-shore professional and technical services model (such as BPO or KPO).

This requires urgent domestic regulatory reforms of the services sector in India and negotiation of such trade barriers within trade agreements. Secondly, the objective of 'Make in India' to transform India to become a major global player is linked to strategic regionalism.

India's regionalism efforts till now were largely uncoordinated and FTAs were put into motion with modest success. India also invested a lot of negotiating energy in FTAs with industrialised economies like Japan and the EU.

These agreements follow the old 20th century model of trade negotiating strategy - focus on tariffs and try to keep sectors that are most sensitive out of the tariff reduction schedule.

Deeper engagement on technical standards and related barriers, trade facilitation, or on the regulatory aspects of services market access - the issues that define effective market access in this production chain-related integrated global economy - are not a part of such agreements. Since India's existing agreements or those currently being negotiated (for example, EU-India) remain shallow in terms of their level of ambition, market access gains will be marginal, especially with industrialised-country partners like Japan and EU, given that tariffs there are already low, and agriculture and a liberalised visa regime are not included in these FTAs.

The PM's visit to Japan has laid the groundwork for a much deeper bilateral economic partnership that goes beyond the mandate of the existing FTA between the two countries.

Given the current global scenario, it would make sense for India to look to a deeper regionalism that incorporates the 21st century trade negotiating mandate.

This would mean reworking its trade engagement with SE Asia and replacing existing shallow agreements with ones that have a wider mandate, as well as simultaneously considering joining, or at least being ready to conform to the TPP's evolving gold standard in trade policy, so that India is not left out of the largest global supply chain.

The RCEP, where India is an ambitious agenda setter on new trade barriers rather than a defensive player trying to cherry-pick domestic winners and losers, provides another avenue.

The entire focus now should be towards a link to regional supply chains of Asean countries. This will require policies to attract FDI that would help create these regional linkages.

Essentially, trade negotiations would have to be complemented by greater focus on domestic reform - i.e., business facilitation to create a more competitive and diverse manufacturing base in India, creating more opportunities to find a niche in the regional production network. The critical element of this regionalism is connectivity.

An ambitious long-term vision to ensure economic connectivity between India and the rest of Southern Asia is critical to India's trade policy objectives in pursuing regional agreements with Asean economies.

Connectivity would not only encompass road, rail, air, and sea linkages but also linkages between Indian and Southern Asian energy networks (pipelines and electricity grids).

It would also include institutional mechanisms to facilitate movement of people (thus enabling services trade), customs and other regulatory harmonisation, and liberalisation of education, health, banking and financial services.

One must acknowledge the importance attached to by our PM to trade and business facilitation reforms which featured in the first Budget of the new government, and soon thereafter highlighted by the PM himself in adopting 'Make in India' as a top policy reform initiative.

This is totally consistent with India's dynamic comparative advantage and with the evolving global trade and investment landscape. The task ahead is not easy.

But it is well within our reach.

We just need the political will to keep the momentum of trade and business facilitation reforms going and continue to treat this as a top priority reform initiative.

Jayanta Roy was economic advisor in the commerce ministry. These views are his own 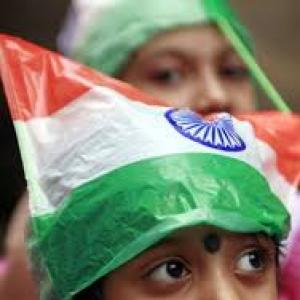