While people have paid the price for the disruption it caused, now is the time to reap its benefits, says T N Ninan.

Has the time come for critics of demonetisation to qualify their criticism of the decision, and limit it mostly to its operational mishandling? Such a stance is prompted by the numbers in the finance minister’s Budget speech, which suggest that an astonishing 40 per cent of the high-value notes deposited with banks may have represented unaccounted wealth.

Such a figure is much larger than almost all the initial assessments made in the wake of Mr Modi’s televised announcement three months ago.

What Mr Jaitley has disclosed is that Rs 4.9 lakh crore (148,000 bank accounts, with an average deposit size of Rs 3.31 crore) were accounted for by deposits of a minimum value of Rs 80 lakh.

I can’t think of too many people who would need Rs 80 lakh in cash for their routine, legitimate transactions. So it is all but certain that this represents cash stashed away or cash used in black economy transactions. Either way, this is black money unearthed by notebandi.

On top of this, some of the high-value notes deposited with banks in smaller quantities would also have been black money.

As Mr Jaitley has disclosed, there were 10.9 million accounts which got deposits ranging from Rs 2 lakh to Rs 80 lakh, with an average deposit of Rs 5.03 lakh, making for a further sum of Rs 5.48 lakh crore.

If we assume that 20 per cent of this could have been black money, that adds Rs 1.1 lakh crore to our earlier figure of Rs 4.9 lakh crore -- giving Rs 6 lakh crore as the total figure of black cash that has surfaced.

This is 39 per cent of the Rs 15.4 lakh crore high-value notes demonetised.

If anything remotely near this order of black cash has indeed been unearthed, most observers would say that it validates the idea of notebandi.

If its execution had not been botched up on the monumental scale that it was -- causing enormous hardship to millions, many of whom lost their livelihood while some even lost their lives -- this would have been seen by most people as a gamble worth taking.

To be sure, the economy has paid a price for the disruption, with mainstream assessments of the loss converging around 1 per cent of GDP, or Rs 1.5 lakh crore, in 2016-17 and perhaps a smaller number next year.

What should one set off against this loss?

One answer may lie in the figures for income tax collection.

Since these numbers are larger than in most years, and much larger also than the growth rates for revenue from other forms of taxation, it is safe to assume that some of the additional revenue of Rs 1.53 lakh crore (almost exactly equal to 1 per cent of this year’s GDP) would be a fall-out of notebandi.

But even if we make generous assumptions, the additionality of revenue out of this total increase will fall well short of the economic loss suffered. In other words, this particular benefit is less than the cost.

However, there are other benefits to account for, over and above general cleaning up.

Since a large part of the money that has come back to banks may not have been money in circulation but cash stored away, there will be no need to print notes to the full extent of demonetised notes.

This would reduce the ratio of cash to GDP, and act as a drag (for a while at least) on fresh black transactions.

The digitisation drive that the government has launched will make the system more transparent, and less prone to tax evasion, while facilitating greater financial inclusion.

These and other benefits will depend on the quality of the government’s follow-up measures. In short, while people have paid the price for the disruption caused by demonetisation, now is the time to ensure its benefits. 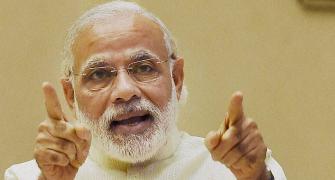 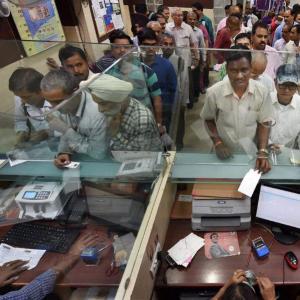