News
Business
Movies
Sports
Cricket
Get Ahead
Money Tips
Shopping
Sign in  |  Create a Rediffmail account
Rediff.com  » Business » The road ahead is long and winding

From the roll-out of GST to H1B visa problems, the government needs to quickly deal with various disruptions, says Nitin Desai.

The gross domestic product numbers that have come out recently show a continuing decline in the rate of investment, reflected also in the low level of credit growth to industry.

Demonetisation may have affected economic activity less than initially forecast.

But it may have delayed the investment revival that we so badly needed.

A further delay may well happen because of the potential disruptions in the early stages of the goods and services tax roll-out, continuing delays in resolving non-performing assets and the information technology sector’s H1B visa problems. The immediate challenge for the government is to address this potpourri of problems so that businesses shift their attention from survival to growth.

GST roll-out: The GST roll-out requires the Centre and the state governments to establish a substantially new indirect tax system, and there are fears that neither the tax administrations nor businesses are fully ready for a July start. There is the immediate challenge of the fitment of commodities into a rate structure that has too many slots and is leading to heavy lobbying by industry groups.

The GST was meant to have one standard rate, with limited departures, up and down.  We now have two slabs on both sides of the central 18 per cent rate. The government can retrieve the situation by making the 18 per cent slab the default rate for most items.

One reason for the multiple slots could be the unreasonable desire for revenue neutrality at the product level to avoid a consumer backlash. But a more likely source of backlash could be the sticker shock. Today the buyer does not see the incidence of excise on his bill and only the sales tax and a few other sale point taxes are made explicit. 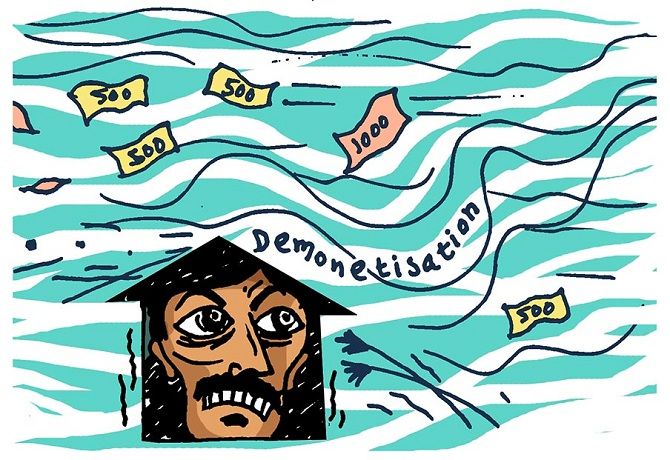 The shock would be lessened if sellers reflect tax credit due in the net price they charge. With this aim the GST Act includes provisions for checking profiteering. But the real pressure for this will have to come from raising public awareness and competition.

The GST will require compatible recording of purchase and sale transactions in all enterprise, small or large, who are liable to tax because of the need to claim tax credits.  This is a massive task and the government must use the first three to six months of implementation as a trial implementation period where the focus of the tax administration must be to help assesses to set up and link their systems to the GST network rather than on rigorous enforcement.

NPA resolution: The revival of the investment process depends crucially on the resolution of the problem of over leveraged balance sheets of many corporations, particularly in the infrastructure sector, and rising non-performing assets of banks. As of end-2016, non-performing assets of public and private banks were about Rs 7 trillion and have shot up by a staggering 135 per cent in the last two years and constitute 11 per cent of the gross advances of public sector banks.

A few of the bad loans may be of willful defaulters who should be made to pay up. But the majority involves loans that went bad because of miscalculated project or sector risk. Both the borrower and the lender are a party to this miscalculation and must share in the reduction in the value of the loan.

The lending bank has to take a reduction in asset value and managements are reluctant to do this for fear of being accused of favouring the borrower. The government will not assume its ownership responsibility for fear of the charge of crony capitalism.

Hence the repeated cycle of rescheduling which merely postpones the crunch. One way out would be to empower and independent entity, say the Banks Board Bureau, which is neither owner nor manager, to authorise specific proposals for loan liability reduction beyond some specified limit and subject to clear guidelines laid down by the finance ministry and the RBI.  Hopefully, this will protect bank managers and the government from charges of favouritism.

H1B visa changes: The $100 billion worth of exports of software, business processing and engineering services by Indian companies and their overseas affiliates/branches form a large part of India’s exports and have been a major source of employment for young graduates. The US is by far their most important market and there they face the threat of a tightening of the H1B visa regime. The companies concerned and the government must have a game plan for tackling this.

The Trump administration’s moves on H1B visas seem to be directed at foreign companies and favouring US companies who compete with them. Thus the indications are that there will be closer scrutiny and discrimination against H1B visa applications for working in companies with a higher than average proportion of H1B visa workers and where the proportion of workers providing services away from the company office is also above average.

The criteria are clearly designed to put Indian and other foreign-service providers who have local offices at a disadvantage vis-à-vis US companies where applications for H1B visas will receive a more favourable consideration. It is a move to protect US capital, not a move to protect jobs for US nationals.

The companies concerned can take steps to narrow the difference vis-à-vis US companies on the proposed parameter for instance by naming Americans to the more visible management positions in their US offices.

The government can help by highlighting the protectionist orientation of the measure in public and private discourse on this issue.  Moreover it can always narrow the gap in the impact on Indian and US firms needing H1B workers by requiring emigration clearance for work in US firms but not for work in US branches of Indian firms!

Nitin Desai is an Indian economist and was an international civil servant. He can be reached at nitin-desai@hotmail.com. 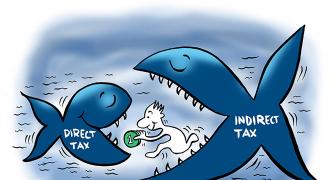 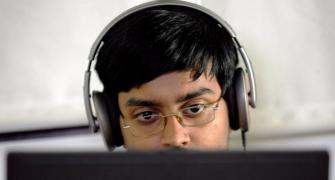 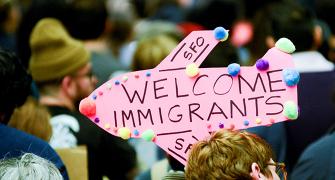 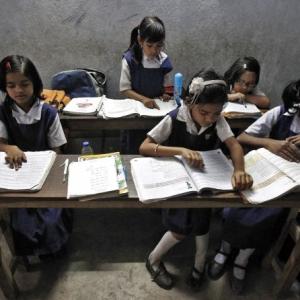 Education, healthcare to be out of GST 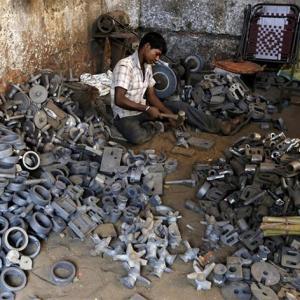 Getting SMEs ready for GST