If CBDCs don't offer interest, why will people shift from cash to CBDCs? asks Tamal Bandyopadhyay. 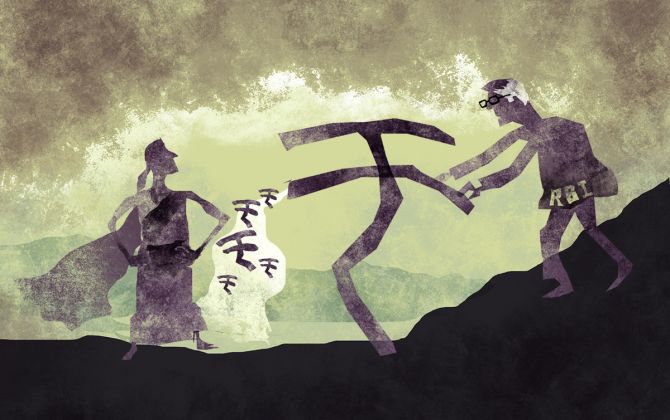 Ever since Reserve Bank of India Deputy Governor T Rabi Sankar said the RBI has been working towards a phased implementation of a central bank digital currency (CBDC) with 'little or no disruption', everybody and his aunt has started speculating on the nature of such a currency and its use.

Many of them are eagerly waiting for it as an alternative to cryptocurrency, which the RBI is not exactly fond of.

But CBDC is not an instrument to curb the growing popularity of cryptocurrency; it's just a wallet or an electronic purse, issued by a central bank. Period.

At least 60 central banks across the globe have reportedly been at various stages of launching CBDCs.

While most central banks in developed markets -- the US Federal Reserve, Bank of England and the European Central Bank -- are moving towards CBDCs slowly, China has already claimed success with its first pilot project of digital yuan currency.

In the first week of May, around 181,000 consumers were given 55 yuan free in digital wallets to spend at the Double Five shopping festival in Suzhou City, near Shanghai in eastern China.

A recent report indicates that till June, digital yuan had been used in 70.75 million transactions for 34.5 billion yuan ($5 billion).

Like credit cards, Internet banking and wallets, the CBDCs will be part of the payments system, supplementing use of cash; it's not an alternative to cash.

Simply put, it will just be another way of paying for goods and services through a wallet.

There are many such wallets operating in the Indian financial system.

The CBDC will be one of them, but with a difference -- it will be issued by the nation's central bank.

If it's just that, then why is the RBI so keen to introduce this? At least two internal committees of the Indian central bank have worked on CBDCs and we may see a pilot project soon.

Since it will supplement cash, the cost of printing money, distribution and mopping up soiled notes will come down drastically as the use of CBDC grows.

And, to that extent, the RBI's surplus funds, a loose proxy for profits (technically, seigniorage), will rise.

While that's the benefit for the central bank, for the masses, the transactions will be easy as they won't have to carry cash.

Dwelling on the scope of CBDCs, Rabi Sankar has said the RBI has been exploring whether these should be used in retail payments or also in wholesale payments.

The use of CBDCs for wholesale payments is easier as all inter-bank transactions are already digital and there is no use of cash.

Only when an individual uses CBDCs for buying toothpaste and salt, the purpose of supplementing cash will be achieved.

Ideally, it can start in the wholesale space and migrate to retail for efficient implementation.

The key question is: Should interest be paid on CBDCs or not? And should the RBI issue the CBDCs directly or through banks?

When one keeps money with the banks, they earn interest.

If the CBDCs don't offer interest, however small it is, why will people shift from cash to CBDCs?

A far more important issue is that if interest is paid and the RBI issues CBDCs, won't there be a flight of deposits from the banks?

If the regulator ends up competing with the regulated entities, the banking system may see erosion in deposits, threatening the financial sector's stability.

Ideally, CBDCs should be issued by a set of banks, chosen by the RBI, with the regulator holding mirror accounts. Something on the line of a 'Gilt Account'.

It is an account opened and maintained for holding government securities by an entity or a person with a 'custodian' permitted by the RBI to open and maintain the so-called constituent subsidiary general ledger account with the public debt office of the central bank.

This is a decentralised model, but if the RBI adopts this, it will not end up competing with banks, and financial sector stability will be preserved.

In other words, the CBDCs can be issued via a distributed ledger, synchronised between the banks and the RBI and not a centralised ledger, held solely by the RBI.

Indeed, there will be many operational issues for the implementation of CBDC, including the KYC (know your customer) norms and privacy of data.

Yet another challenge will be the risks of fraud, like any other payment system.

But since such a wallet will be issued by the RBI (even though it can be done through designated banks), this will be the most secured transaction in the payments space.

It will bring down the use of cash (not eliminate it) and push up the RBI's seigniorage as the cost of printing and managing cash will go down.

Finally, it will give a push to financial inclusion.

CBDC can be used by many Indians who are still not in the banking fold.

It will neither substitute cryptocurrency nor compete with it. At best, it can offer interest but there is no scope for speculation which drives the value of cryptocurrency.

Like China, the RBI is dead against cryptocurrencies for many reasons.

For instance, they can't be slotted. They are neither a commodity nor a currency, nor part of the payments system.

Cryptocurrencies such as Bitcoin, Ethereum, Litecoin, Cardano, Polkadot, Stellar and many others defy classification.

Many regulators don't consider crypto a currency as it is not issued by them and hence doesn't have sovereign backing.

Its price fluctuates; it has poor storage value; and it's not widely accepted.

Since the transactions are anonymous, they cannot be subjected to public scrutiny.

The RBI refuses to classify a cryptocurrency as an asset since it doesn't have future cash flow and its value is always fluctuating because of speculation.

There is also no consumer protection.

The CBDCs can take off only after appropriate legislation is passed in Parliament.

When will that happen? The Cryptocurrency and Regulation of Official Digital Currency Bill 2021, which was to be introduced in Parliament's Budget session, has not seen the light of day. It is supposed to ban all private cryptocurrencies and prepare the ground for a CBDC in India. 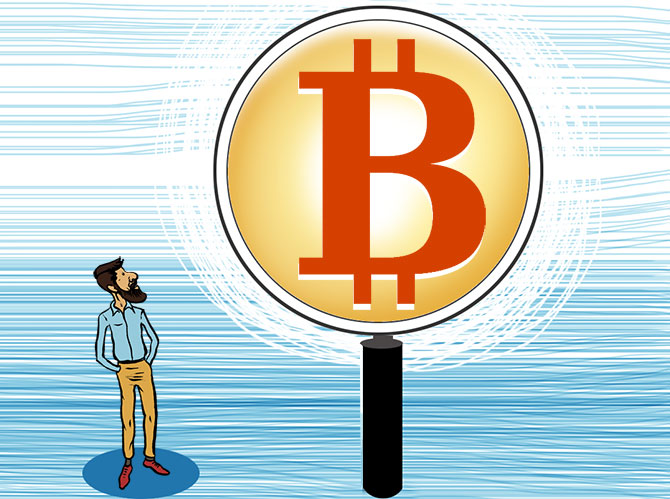