Eighteen months after the economy was battered by the Covid-induced lockdown, employment has not recovered to its pre-pandemic levels, points out Mahesh Vyas. The unemployment rate rose to 7.9 per cent in December 2021. It was 7 per cent in November.

The unemployment rate in India is elevated compared to levels experienced in the recent past.

In each of the last three months -- October, November and December 2021 -- the unemployment rate has been at 7 per cent or more.

The unemployment rate during the quarter ended December 2021 was 7.6 per cent. It was 7.3 per cent in the preceding quarter that ended in September 2021.

Inflation seems poised to rise in the short run but nothing seems to suggest that the unemployment rate would climb down commensurately.

The near term economic outlook therefore looks worse than where India stands today.

Two other factors posture ominously. First, interest rates are rising even though the RBI has not raised policy rates.

The base rate, weighted base rate or the MCLR (all reflections of bank lending rates) are all flat or falling in recent times. But, yields on AAA corporate bonds of different maturities have been rising.

Banks are unlikely to keep interest rates where they are for long. In mid-December SBI raised its base rate for the first time in two years.

Rising interest rates and a depreciating currency could make it worse.

Without new investments by large business entities India will not be able to generate the kind of employment it needs.

Till investments in new enterprises don't pick up, employment growth will mostly be of poor quality.

Investments into new infrastructure can create jobs in construction but not adequate stable middle-class salaried jobs. Eighteen months after the Indian economy was battered by the Covid-19-induced lockdown, employment has not recovered to its pre-pandemic levels. In 2019-20, India employed 408.9 million.

Since then, India has only briefly employed about 406 million.

India's working age population has increased but its employment has shrunk since the pandemic. But, this is not the only tragedy.

The recovery has worsened the composition of employment in India.

The shortfall was not evenly spread at all. The biggest fall in employment was in salaried employees. This class saw a loss of 9.5 million jobs.

Another 1 million jobs were lost among entrepreneurs.

This massive 10.5 million loss of jobs was offset by gains in employment among daily wage labourers and more so among farmers.

An industry-wise break-up of the difference between employment in December 2021 and 2019-20 shows that the manufacturing sector has lost 9.8 million jobs.

With due respect to all kinds of labour it can be argued that manufacturing jobs are usually better quality jobs compared to construction and agricultural jobs.

And, within services, employment in hotels and tourism or education is often of better quality than employment in retail trade which is mostly delivery agents.

India will be able to generate more better quality jobs only if employment is generated either directly in government or in large private enterprises.

It is disappointing to see the sustained weakness in salaried jobs.

These had risen to 84 million in September and October 2021 but have since fallen to 77 million in November and December 2021.

There were large movements in the informal employment sectors. But, there was no movement in salaried jobs.

It is important to arrest the fall in salaried jobs and increase their share in total employment.

A mere increase in employment, as it happened in December 2021, is not good enough. 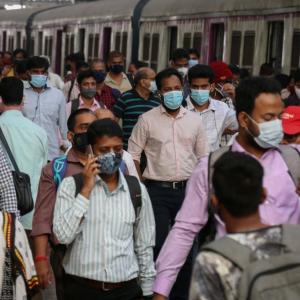 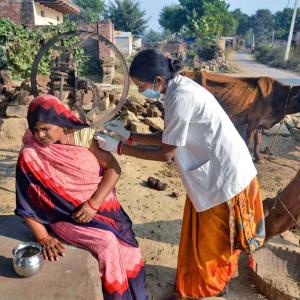 Households have not recovered