'India-China economic ties are likely to take a hit in the wake of the new situation, but that also provides India with a new opportunity to strengthen its manufacturing base,' points out Dr Rajaram Panda. In the midst of the coronavirus pandemic, in a major change in the economic policy announcement, the Government of India on April 18, 2020 introduced new Foreign Direct Investment rules in order to discourage opportunistic investment in Indian companies by some neighbouring countries.

The new FDI rules bars automatic investments by neighbouring countries, in a policy targeted at China.

This comes after China's Peoples Bank of China raised its stake in India's largest non-banking mortgage provider, the Housing Development Finance Corporation, from 0.8 per cent to 1.01 per cent.

As per the new amendment, FDI investments into Indian companies from neighbouring countries will now require a nod from the government.

This will be applicable to all countries that share a land border with India -- China among others.

The amendment specifies that transfer of ownership of Indian companies arising out of FDI investments from neighbouring countries will now also be subject to government approval.

Similar FDI restrictions were earlier placed on Pakistan and Bangladesh.

These do not apply to Myanmar, Bhutan, Nepal and Sri Lanka as these countries are not major investors in India.

Notified by the Department for Promotion of Industry and Internal Trade, the note stated: 'Government has reviewed the FDI policy for curbing opportunistic takeovers or acquisitions of Indian companies due to the current COVID-19 pandemic.'

It further stated: 'A non-resident entity can invest in India, subject to the FDI Policy except in those sectors/activities which are prohibited. However, an entity of a country, which shares land border with India or where the beneficial owner of an investment into India is situated in or is a citizen of any such country, can invest only under the government route.'

The note added: 'Further, a citizen of Pakistan or an entity incorporated in Pakistan can invest, only under the government route, in sectors/activities other than defence, space, atomic energy and sectors/activities prohibited for foreign investment. In the event of the transfer of ownership of any existing or future FDI in an entity in India, directly or indirectly, resulting in the beneficial ownership falling within the restriction/purview of the mentioned sectors, such subsequent change in beneficial ownership will also require Government approval.'

India's market regulator Securities and Exchange Board of India was monitoring equity transactions in India by Chinese companies and banks.

Such transactions came under the scanner at a time when the share prices of companies have dropped due to the economic impact of the coronavirus pandemic.

The action taken by India is not new.

Globally, transactions by Chinese firms and institutions have come under scrutiny since the assets are being purchased at low valuations.

As the coronavirus continued to spread across the world, crippling economies, China has taken advantage and tried to maximise profit.

That route was not only unethical, but also suspect.

Though India did not name China directly, it was obvious that China was the target of its new FDI rules.

Reacting quickly, it demanded that India revise its FDI norms, terming the move to amend them as discriminatory.

It claimed that the move was not in line with India's World Trade Organisation and other multilateral commitments.

'The barriers set by the Indian side for investors from specific countries violate WTO's principle of non-discrimination and go against the general trend of liberalisation and facilitation of trade and investment,' Ji Rong, a spokesperson for the Chinese embassy in New Delhi, said.

'More importantly, they do not conform to the consensus of G-20 leaders and trade ministers to realise a free, fair, non-discriminatory, transparent, predictable, and stable trade and investment environment, and to keep our markets open,' Ji added.

India's ministry of external affairs did not react to China's comments immediately.

Indian experts specialising in FDI are unanimous in their support for the government's decision.

They argued that India's tweaking FDI rules was not in violation of WTO norms that allow countries to make such changes when issues of national security were at stake.

They argued that several countries in Europe had changed their laws or made new ones to cope with similar situations.

Biswajit Dhar, a professor at JNU, reiterated that India had not violated WTO rules.

While agreeing that though India had agreed to keep markets open at the G-20 trade ministers' meet in March, he was of the view that "one has to temper that with the reality on the ground".

Indeed, the possibility of hostile takeovers was very much real in the present economic environment. India recognises that Chinese investments in India had crossed $8 billion till December 2019.

It is true that Chinese investment has driven the development of India's industries, such as mobile phones, household electrical appliances, infrastructure, and automobile, created a large number of jobs in India and promoted mutual beneficial and win-win cooperation.

But that does not mean that foreign entities should indulge in predatory trade practices and weaponisation of trade and take advantage of a difficult situation for selfish economic gains.

A backlash was inevitable; it was accelerated by COVID-19.

The increase in Chinese stake in HDFC could be the trigger, but many Chinese actions have come the under scanner before.

Even its handling of the COVID-19 has been questioned by many countries.

China has been accused of mishandling the COVID-19 crisis when it originated in Wuhan and that it allowed it to spread beyond its boundaries, crippling the lives and economies in as many as 205 countries across the world.

There is no denying the fact that China has lost the trust of the world considerably.

Japanese and Korean companies having manufacturing units in Chinese cities are being encouraged by their governments to relocate either to their home countries or elsewhere in neighbouring South East Asia and India.

Japan, Korea, India and many in Southeast Asia are likely to downsize their trade links with China in the coming months/years, adversely impacting its economy.

It is desirable for China to change its policy to buy up distressed assets overseas at cheap rates.

India is aware of this possibility and therefore the tweaking of FDI norms was aimed at that.

After US President Donald J Trump came to power, he took on China to correct the trade balance that was hugely in China's favour and against the US.

That trade war precipitated an aggressive approach by Chinese enterprises with State support to look for other overseas destinations.

That seems to have reached a plateau as China has new exposed its own folly, thereby making more critics than friends.

As a consequence, the global supply chains are likely to be restructured with India likely to be the new location as Japanese and Korean firms have already started eyeing India.

India is likely to respond positively to what Trump had said 'economic decoupling' from China. Burgeoning India-China economic ties are likely to take a hit in the wake of the new situation, but that also provides India with a new opportunity to strengthen its manufacturing base.

So, in the short run, there could be a little loss but in the long run, it would be advantage India.

One aspect of the amended policy that cannot escape attention is that it makes every type of investment by Chinese investors subject to government approval.

It does not distinguish between greenfield and brownfield investments; not does it mention listed and unlisted companies.

It also does not distinguish between the different types of investors, such as industry players, financial institutions, or venture capital funds.

Such a blanket application could create unintended problems.

So, should it be a matter of worry that it could send wrong signals to other potential foreign investors?

Vietnam and other nations in South East Asia too could jump in, taking advantage of this new normal and deepen economic engagement with India post-COVID-19.

It is time for Vietnam too to take the cue from Japan and South Korea and start downsizing its economic engagement with China and look for friendly countries like India and the rest of Southeast Asia for investment opportunities.

This is also a good opportunity to give India-Vietnam economic ties a fillip. 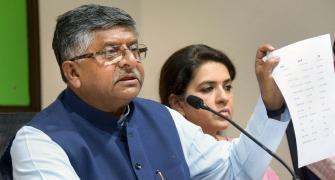