'By not only decriminalising routine business failures, but by ensuring that institutional lending and corporate rescue frameworks are strengthened via the IBC, the prime minister has ensured there is no room anymore for the proverbial 'reckless, prodigal debtor',' notes Sanju Verma.
Illustration: Dominic Xavier/Rediff.com

The Hyderabad bench of the National Company Law Tribunal, approved in a record seven months, in August 2017, an insolvency resolution plan for Synergies Dooray Automotive Limited, by allowing its merger with Visakhapatnam-based aluminium alloy wheel maker, Synergies Castings Limited, making it the first successful resolution under the Insolvency and Bankruptcy Code, which has since grown from strength to strength.

The Union cabinet on December 24 cleared an ordinance to amend the IBC that would ring-fence successful bidders from criminal proceedings against offences committed by previous promoters.

The move will help in the rescue of bankrupt Bhushan Power and Steel Ltd by JSW Steel, which was willing to offer Rs 19,700 crore to take over BSPL, a transaction that has, however, been delayed due to an investigation by the enforcement directorate and the attachment of BPSL's assets.

The amended IBC will prevail over the Prevention of Money Laundering Act, making it more business-friendly than before.

Unarguably, the IBC, under Prime Minister Narendra Modi, has been a game changer in more ways than one, as it seeks to protect last-mile funding, boost investments in financially distressed sectors, speed up the corporate insolvency resolution process, and give failed promoters a decent exit route.

Under the IBC process, of the 21,136 applications filed so far, 9,653 cases involving a total amount of Rs 3.7 trillion, or roughly 1.5 per cent of gross domestic product, have been disposed of at the pre-admission stage.

Also, from the 161 resolved cases, the realisable amount stood at over Rs 1.6 trillion.

Needless to add, effective implemention of IBC, that came into effect in December 2016, after subsuming and repealing the Presidency Towns Insolvency Act, 1909, and Sick Industrial Companies (Special Provisions) Repeal Act, 2003, among others, also helped boost India's overall ranking from 142 in 2014 to 63 in 2019, in the World Bank's Ease of Doing Business rankings, with India's ranking in the 'Resolving Insolvency' pillar jumping to an even better 52 now, from 108 a year ago.

The fact that the Ruias, who were tom-tomming their bankruptcy for years, eventually lost their company despite wanting to shell out over Rs 54,000 crore, in response to Arcelormittal's far more modest Rs 42,000 crore offer, is a stinging reminder to crony capitalists wanting to cock a snook at banks, and that honesty is still the best policy.

Commercial considerations will drive the distribution of sums realised, as per powers with the committee of creditors (CoC).

Dissenting creditors and operational creditors have to accept the liquidation value or the sum offered in the resolution plan, whichever is higher.

The amended IBC Code, which gives the highest priority to financial creditors and secured creditors, in the hierarchy of payments, is a welcome step.

This will help in preventing a repeat of the National Company Law Appellate Tribunal ruling in the Essar Steel case, where the court had initially said about 40 per cent of the proceeds should go to the operational creditors.

Strengthening of powers of the CoC or the lenders and establishing the supremacy of the CoC over bankruptcy courts, which often used to undermine lenders, in distribution of resolution proceeds, is expected to lend clarity, with the resolution plan binding on all governments and local authorities.

In its judgment of August 2019, of Pioneer Urban Land and Infrastructure Limited and Ors Vs Union of India and Ors, the Supreme Court upheld the amendments made to the IBC, by observing that legislations such as the IBC and Real Estate (Regulation and Development) Act, 2016, would run concurrent to each other, and in case of a conflict, the IBC would prevail over RERA.

It was further held in this case that investors/home buyers, were already subsumed within Section 5 (8) (f) of the IBC and had the status of financial creditors and their money was 'financial debt'.

This has been a big boost to aggrieved home buyers.

Earlier, under Section 3(11), only those investors who were promised 'assured returns' by realtors, were treated as financial creditors.

The recent IBC amendments have increased the resolution period to 330 days as the maximum time allowed for bankruptcy resolution, including for litigation and other judicial processes.

This is higher than the present period of 270 days for clearing a resolution plan, which, however, excluded the time spent on legal challenges by various parties from the timeframe.

A timebound outer limit of 330 days that is sacrosanct is hence a big step forward.

The IBC gives the highest priority to those who have brought interim finance to meet the costs of resolution or liquidation, followed by dues to workers for the past two years and dues to secured creditors in equal priority, making it fair to all concerned stakeholders.

The average recovery in the insolvency cases that saw resolution in the first two years of the IBC, has been to the tune of 46 per cent against just 26 per cent under the earlier Board for Industrial and Financial Reconstruction regime.

The non-performing assets crisis of public sector banks has been one of the worst legacies of Nehruvian socialism.

In undoing that festering damage by not only decriminalising routine business failures but by ensuring that the institutional lending and corporate rescue frameworks are strengthened via the IBC, the prime minister has ensured there is no room anymore for the proverbial 'reckless, prodigal debtor'.

Sanju Verma is a BJP spokesperson. 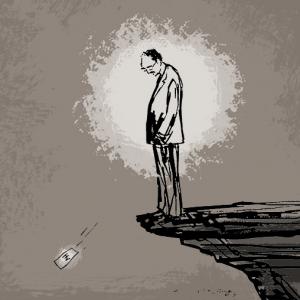