'Correct the perverse movement of the exchange rate and change the RBI's mandated goal in the Monetary Policy Framework Agreement from inflation control to investment growth.'

'Small and micro enterprises are in a very bad shape. Soften the immediate impact of the GST.'

'For the longer term improve their access to credit, technology and skill development and provide purpose designed infrastructure in all MSME clusters...' The stock market is booming but there is gloom in many boardrooms.

In many, a spirit of caution reigns and in some balance sheet woes are the source of concern.

Foreigners are pouring their money into India. (Or, is it round-tripping by the money which may have fled through import over-invoicing and hawala during the demonetisation scare?)

But the big players are being cautious and putting more into debt than equity.

The Sensex and Nifty may be soaring. But real investment intentions are not.

The mood of investment pessimism in the private sector is reflected in the steady fall in the rate of gross fixed investment from the level of 34.3 per cent of gross domestic product (GDP) in 2011-12 to 29.2 per cent in 2015-16.

The continuing declines since then, with the level hovering around 27 per cent from the second quarter of 2016-17, points to a worsening situation.

We cannot get 8-9 per cent growth with this fixed investment rate, particularly with capital-intensive infrastructure claiming a larger share of the investment pool.

The fairly lengthy period of decline cannot be just cyclical. Some deconstruction of the problem is needed to identify sensible policies for reviving investment.

The national accounts label this as household investment, and a big chunk of this is construction; but it does include the investments made by unincorporated private enterprises.

The investment pessimism in the unorganised sector may have worsened further, as it has taken a big hit from demonetisation and implementation of the goods and services tax (GST).

The organised private and public sectors are the prime drivers of investment demand. Rising investment demand from them raises wages and incomes in the household and unorganised sector enterprises, and this boosts growth.

However, the stimulus provided by the organised sector's investments to the rest of the economy depends not on its gross investment but on the excess of this over its savings.

Many corporations are parking their cash in mutual funds and their holdings amounted to Rs 890,000 crore in June 2017, a staggering 62 per cent increase on the June 2015 level.

Had the fixed investment of private non-financial corporations been above their savings in 2014-15 and 2015-16 by just 3 per cent of GDP the extra investment would have been about Rs 750,000 crore over these two years, a stimulus far in excess of what the budget could have provided.

This is what we would have seen had investment sentiment in corporate boardrooms been comparable to what had prevailed just a couple of years ago.

One reason for the caution about new investments in the private corporate sector is the slowing of demand growth because of what is happening in the household and unorganised sector investment spending, the deceleration in export growth and the influx of imports (both attributable in part to a perverse movement in exchange rates lately) and a slowing down of autonomous demand growth from public spending on employment and infrastructure in rural India.

Another reason that is as important is the balance sheet problem of corporations that had overextended themselves in boom times, when easy money was available from public sector banks and low interest international borrowings.

The real problem is that many Indian corporations do not manage good times well and that lands them in severe difficulties when bad times hit them.

This non-performing assets (NPA) problem has always been with us. But the scale has increased and continues to grow so that it poses a large scale systemic threat to the financial system and the economy.

The old option of evergreening of unwise loans by pliant banks and influential promoters is no longer available.

The Reserve Bank of India (RBI) and the government have of necessity to crack down and, perhaps for the first time in recent history, corporate heads face the threat of having to pay the price instead of passing the buck to workers and lenders.

The new provisions for insolvency and bankruptcy have reinforced this very necessary pressure.

What the government has done on this front is very desirable. But it is also partly to blame.

Many of these NPA cases are linked to the way the programme for getting the private sector into long-term infrastructure investment through public-private partnership (PPP) was designed and run.

Given this perspective, what can be done to revive investment optimism in the economy?

Correct the perverse movement of the exchange rate and change the RBI's mandated goal in the Monetary Policy Framework Agreement from inflation control to that, and investment growth.

Small and micro enterprises are in a very bad shape. Soften the immediate impact of the GST.

For the longer term improve their access to credit, technology and skill development and provide purpose designed infrastructure in all MSME clusters.

Reviving investment sentiment in this sector is vital for job growth.

Redesign the PPP policy on the lines suggested by the Kelkar committee, particularly to ensure more realistic risk sharing.

In the longer term this partnership can only work if the infrastructure services markets are made more rational in terms of pricing, access to shared facilities, entry, exit, and in-market competition.

Put the fear of loss of control in the minds of promoters by creating a market for corporate control. This requires greater activism by institutional shareholders (separated by a firewall from the government if they are in the public sector), easing of take-over codes that tend to favour incumbent managements and actively promoting shareholder education.

This is not an agenda for cyclical correction but a long-term agenda for an economy whose dependence on private sector dynamism will only increase, not decrease.

The author can be reached at nitin-desai@hotmail.com. 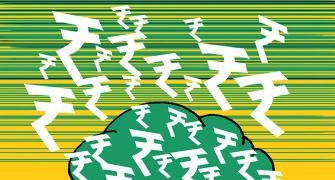 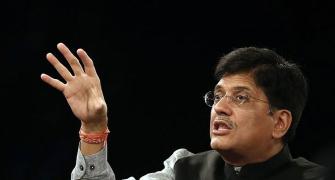 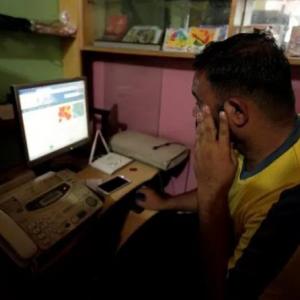