The Hindujas have always presented a happy family story where the four brothers, their wives, children and grandchildren stand together like a rock.

In the past, the brothers even went public with their belief that they were like Ram, Lakshmana, Bharat and Shatrughna -- 'four bodies, one soul'.

The script has, however, just taken a different turn as far as their business relationships are concerned.

The brothers perhaps took the 'four bodies, one soul' theory a bit too seriously; so much so that the succession planning at Britain's second wealthiest family with an over $20 billion fortune was limited to just a letter.

The letter signed by all of them in 2014 said that the 'assets held in any single brother's name belong to all four'.

There was no will; no other binding documents; no family constitution -- just a letter, prompting a leading lawyer to say it couldn't get more absurd than this.

This is particularly so as all the brothers are well past their retirement age. While the eldest, Srichand, is 84, Gopichand is 80, Prakash, 75, and Ashok is 70.

Though the third generation of Hindujas -- mostly the boys -- are all in leadership roles in group companies, a letter is hardly a proof of a good succession planning.

This kind of arrangement was destined to take a few hard knocks anyway. And the first knock came recently when Srichand Hinduja, described as the group's 'current patriarch', challenged the legal sanctity of the letter.

In fact, this is not the first time Srichand made his position known. Four years ago, he had made it clear that the letter did not reflect his wishes and that the family's assets should be separated.

It emerged during the hearing in a British court that family members are also embroiled in litigation in Switzerland over the control of Hinduja Bank, 'an asset in Srichand's sole name', as well as other proceedings in Jersey.

Inexplicably, the other three brothers continue to be sticking to their belief that 'everything belongs to everyone and nothing belongs to anyone', though their main grouse seems to be Srichand's decision to appoint his daughter to act on his behalf.

In fact, transition of ownership to the third generation should have happened much earlier as only the boys are in big roles currently and only Srichand Hinduja's daughters are pursuing a career in the group business.

Corporate history has shown us how founders are great at starting and building, but usually terrible at letting go and allowing the organisation to grow into a second phase of life without them, with a different leader at the helm.

One of the main reasons is that making yourself indispensable is a skill that nearly every leader seems to have perfected to a fine art.

There have been numerous such examples of poor succession planning in Indian enterprises. And they make depressing reading: Of fathers and sons squaring off in court (Parvinder Singh versus Bhai Mohan Singh of Ranbaxy), of litigious brothers and cousins (the Modi family), and even mothers-in-law and their bahus (the Mafatlal saga).

What emerges clearly is that most of these companies sank because the families that owned them couldn't sort themselves out.

Many promoter families get stuck in conversations that start with 'but that's how we've always done things here', without realising that the traditional approach may not work in a rapidly changing world. For example, most families traditionally passed controlling ownership and the CEO position to the eldest male in each successive generation, without even considering other candidates.

A study by Harvard Business Review gives the example of the Antinori family in Italy which dared to go off the beaten track. After 25 generations of passing ownership and leadership of their wine-making business to sons, the family split ownership equally between three daughters and divided leadership of the business according to each daughter's strengths. They were able to do so in part because they removed preconceptions about how succession worked and started with a blank slate.

India is home to the third-largest number of family-owned businesses in the world.

While everyone pays lip service to succession planning being entrenched in the functional DNA of family-owned business enterprises, it's still not an area of focus for a lot of family businesses.

They simply underestimate the importance of succession planning and its role in the creation of a multi-generational business structure and ensuring the sustainability of family legacies.

In fact, over 75 per cent of company boards in India do not even discuss the succession issue and most chief executive officers are unable to imagine anyone as an adequate replacement.

Even if they have to choose somebody, most are inclined to replace themselves with a clone. In this kind of scenario, when family feuds break out, and division of assets is forced between family members, wealth built over decades is wiped out within weeks at the altar of greed.

Maybe the Hindujas and many other family-owned businesses should take a crash course on succession planning. 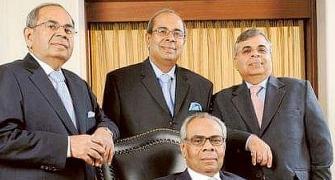 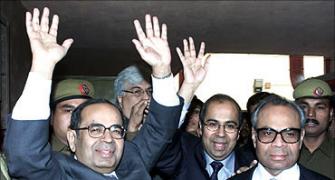 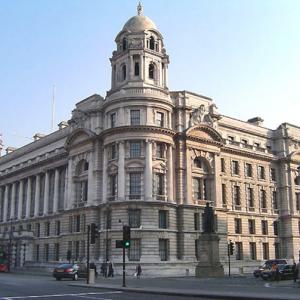