How will media companies make money Is Google making us dumb?" About two years ago Nicholas Carr had asked this question in an Atlantic Monthly essay. It struck such a chord that I immediately quoted it to my class of students at Mudra Institute of Communication (MICA).

The idea was to push them to research harder and look for sources of information beyond the usual aggregators such as Google.

There is now a huge body of work by various Western scholars and experts on how consuming information and entertainment on new media devices, chips away at the ability to "read, concentrate and reflect", to quote Carr.

While actual empirical evidence - research studies for instance - are piling up, the anecdotal evidence, even in nascent markets such as India is overwhelming.

How many times have you felt tempted to check your cellphone during a meeting? I know of reasonably polite guys who constantly interrupt an intense discussion or interview to send off a message or turn around.

In how many meetings, cinema halls and restaurants have you encountered this scenario - a mobile phone rings loudly, someone takes the call, says "I will call you later," and keeps the phone. What always foxes me is, why bother to take the call? Why not keep it on silent and just return it after you have finished whatever you are doing?

This is not just about mobile manners. It is about our inability to apply intellectual thought to our work and lives.

The ability to sit through a 30-minute meeting and focus on that alone, to read a piece or watch a film and enjoy it or absorb it completely. Are we losing the ability to do that? And what therefore does this mean for content creators and media marketers?

Carr reckons that more than 15 years of the internet has changed the way we read. That doing a deep dive and losing ourselves in a book or a piece of writing is almost impossible even for the most dedicated readers.

We tend to consume information in bits and pieces, skim through, speed read or power browse, again to quote him.

Take a look at India; double digit growth, competition, heterogeneity, volumes and complexities are a given; multitasking is a way of life for most of us. Now add a potent variable to this - youth.

An overwhelming proportion of Indians are young, many brought up post-liberalisation, on the internet and mobile phone. And their ability to focus is pathetic.

In most classrooms that I am part of, students find it impossible to read a couple of pages continuously. Their friendships run on digital fuel and need very little physical attention.

So, social skills are a huge issue, something that almost all research throws up. Therefore dark, narcissistic, inward-looking kind of films such as Dev D or shows such as Emotional Atyachar on UTV Bindass, go down well with this generation.

For advertisers, the nightmare is figuring out how to reach these perpetually shifting eyeballs. Stickiness or time spent was a robust measure of involvement earlier. It no longer is. How do you measure the time spent watching a show on UTV Bindass for instance, when the same person was surfing online, listening to music, chatting or messaging friends while the show was on.

The question many of these changes present is, what has this consumer, consumed. And how will you price his time?

Very poorly for now. An online reader of a newspaper in the US commands less than 14 times the ad rates that an offline one does. YouTube for all its buzz struggles to make money on the same content that TV stations sell for millions of dollars.

It doesn't matter if the same number of people saw Frasier on TV last night, also saw it online. The online audience will attract only a fraction of the ad rates the one on television gets.

So, the market still attaches a premium to our ability to concentrate, absorb and take in what it has to offer. However, as the audience loses that ability, advertisers will stop offering the premium. How then will media companies, new or old, make money is the trillion dollar question. 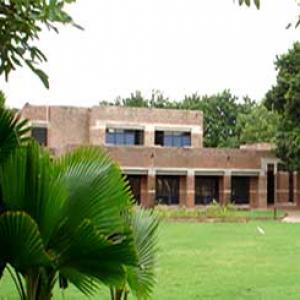