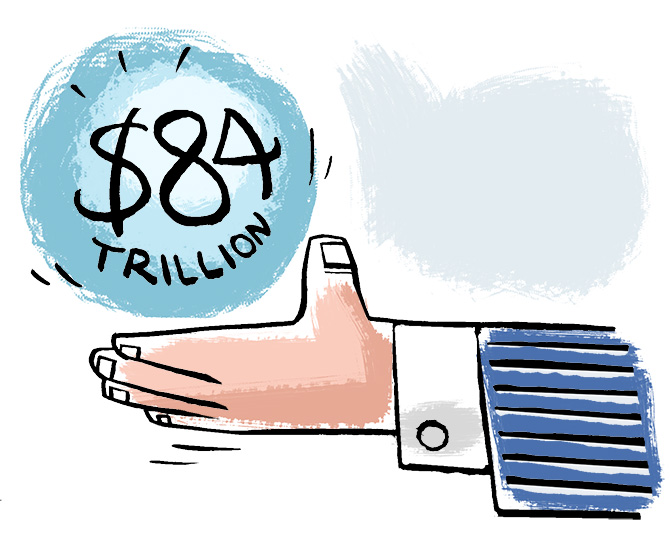 How many listed companies are there across the world? Approximately 41,000 at the end of 2017.

What is their market capitalisation? About $84 trillion, the same as global GDP that year.

Where are these companies listed? 10% by number, and 36% by market cap are listed in the US.

Asia accounts for the largest number 57%, and 37% of market cap.

Exclude Japan, China, and other advanced Asian countries, the rest of Asia is home to 23% of the companies, but a paltry 5% of the global market cap.

How many investors are there? The dataset refers to 77,456 unique investors.

You can find out all this and much-much more from OECD's publication Owners of the worlds listed companies, released this October.

Institutional investors hold 41% of the global market cap, with close to half of it as part of a passive strategy.

The second highest ownership is by the State, at 14%.

Corporates, strategic investors and families together own about 18%, with the residual being 'free float', defined as direct holdings of retail investors and institutional investors 'that does not exceed the required thresholds for public disclosures of their holdings'.

That since the US is the deepest market, foreign ownership in its market is low (15%).

Note that the ownership percentage given above is for the 10,000 largest companies and not the universe of 41,000 companies.

These represent 90% of the global market cap.

Should who owns companies matter? And what are its implications? Three according to this study.

The first is, with institutions being the dominant owners, and the rapid growth in passive index-based investing, the quality of oversight investors exercise over companies is set to change.

The top-down approach suggests that irrespective of the risk, funds may have no choice but to own companies.

The weak oversight is also a consequence of the low fees the passive funds earn.

While this is true in the aggregate there are exception.

Larry Fink of BlackRock cited the fact that many of their funds are passive, and consequently may end up holding shares for a very long time, as being the very reason to build a team to focus on governance and engagement.

Though not covered by the study, the growth of institutional investors and in this the category of passive funds, has a few other consequences, two of which are worth highlighting.

One, the power shift from funds and fund managers to index providers who now get to decide where the money should flow.

The second is the growth of 'smart beta' as an investment strategy.

=Smart beta is nothing but a set of investment strategies that emphasise the use of alternative index construction rules to traditional market capitalisation-based indices.

The second observation stems from state ownership as the government is the second largest owner.

Needless to add, here too there are nuggets.

That 56% of the public sector is owned by central and local governments, followed by sovereign wealth funds, pension funds and State-owned enterprises.

Dig even deeper, the People's Republic of China accounts for '57 per cent of the total public sector investments in global equity markets=', which is estimated at $10 trillion.

Surprisingly, State ownership in Norway is also high at between 34% to 46%.

More than 8% of the listed companies have government ownership that exceeds 50%.

On this basis of this, the report concludes that given large government ownership 'political priorities, directly or indirectly will influence corporate decisions'.

something that will resonate with those investing in the Indian market.

One of the other findings is that concentrated ownership is not uncommon.

In half the world's corporations, the top three shareholders own more than 50% of the equity.

While it is usually families or strategic investors, in US and UK it is institutional investors.

The third conclusion focuses on the implication of the concentrated ownership by institutions.

The plus is that it in a sense does away with the agency problem that afflicts widely held companies.

The negative is that the larger asset owners might abuse the rights of other smaller asset owners although no evidence is provided to support this contention.

The OECD team is working on the ownership structure in India and has some preliminary findings, but using data in public domain, we find that institutional ownership, by December 2018, had increased 37.5% (from approximately 22% in early 2009).

This was due to the surge in inflows to the domestic mutual funds, the maturing of the insurance sector and the take-off of the national pension scheme.

While close to the global number of 41%, this is balanced by the promoters/controlling shareholders holding about 50% in their companies.

And while the relationship between asset managers and business owners is evolving to take into account institutional ownership showing clear signs of higher levels of engagement, regulations and market behaviour is still largely based on the presence of a 'controlling shareholder'.

This is what needs to change. 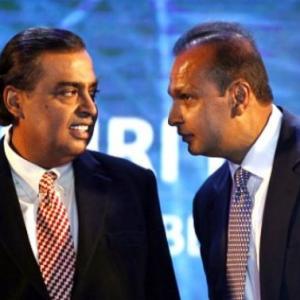