Commerce and Industry Minister Piyush Goyal's tetchy comments about Amazon founder Jeff Bezos' $1 billion investment in India have been seen as an attempt to reassure his party's traditional base of small traders and distributors.

In the tone and tenor of his comments, however, Mr Goyal unwittingly revealed two key weaknesses of the government he represents.

One: An inability to understand how businesses function.

Two: The lack of growth and employment opportunities in the economy.

The first infirmity has been in evidence since the Narendra Damodardas Modi-led National Democratic Alliance's first term, when some 86% of currency in circulation was withdrawn and a complex new indirect tax system imposed without even meaningful beta-testing.

These mega-moves over 2016 and 2017 are recognised by most thinking people as costly own-goals that have dragged the economy down into a unique Hindutva Rate of Growth.

When Mr Goyal robustly observed that Amazon should 'jolly well' finance the losses in its India business, he displayed a similar lack of knowledge.

Financing losses is not a weakness.

Unless they are powerful enough to manipulate the domestic regulatory environment, most companies absorb losses to establish market share.

How long a business is willing to do so depends on many variables -- economic growth, the quality of policy and other ease of doing business conditions, the company's own health and so on.

In truth, the difference between that strategy and unfair trade practices can be a fine one, but that's a call for an independent competition regulator, the emphasis being on independent.

It is possible to argue that Amazon has been around in India for almost seven years and it 'jolly well' should have started making profits.

After all, the global major took about that much time to register its first profit in the US.

Equally, the online retailing conglomerate did not have to operate in the US under the constantly variable and restrictive policies imposed on the retail industry -- whether brick and mortar or online, wholesale or consumer-facing -- by successive regimes in Delhi.

Recounting the complex policy flips and flops over the past 14 years would take up more than the wordage of this column.

To be clear, it is entirely Mr Goyal's prerogative not to meet Mr Bezos, whose Washington Post has been sharply critical of the Modi government's citizenship policies.

Indeed, there is no reason he should have been obliged to just because Mr Bezos is looking to get richer on the back of the Indian consumer.

In that sense, he is right in saying that Mr Bezos is doing India no favours.

But it would have been best had Mr Goyal not spoken at all; all told, he has sent a discouraging signal to a global investing community that still eyes India's market despite the rising tide of protectionism.

It has been argued that Mr Goyal's defence of the small trader community is valid because it stands to lose out against multinational online competition.

Just as big box retail gradually saw the decline of small retailers in the West, so online retail threatens physical retail, and smaller establishments will always be more vulnerable.

The transition is not without pain, but economic expansion usually enables adjustments over time.

The transition trajectory for small retailers and traders would have been far less problematic had the economy been growing faster so that those whose livelihoods in small retailing outfits are threatened find alternative employment.

Since that's not been happening, and in the absence of a social safety net, small traders have little option but to exercise their lobbying powers the best they can.

Still, it is hard to escape the notion that a political base is being placated ahead of a critical state election.

If the broad principle of the enlightened Ludditism were being applied in this case, then the government should also deplore the rise and rise of robots on Indian manufacturing floors, which are squeezing job opportunities for youth emerging from the ITIs and other technical training institutes.

The lesson is that in the unforgiving world of business and technology disruption, no one does anybody any favours, just as Mr Goyal said.

But a government's job is to devise ways to capitalise on these changes. 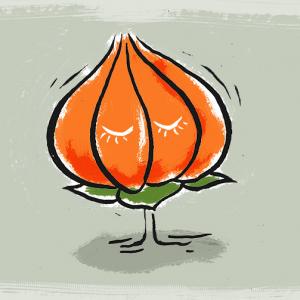